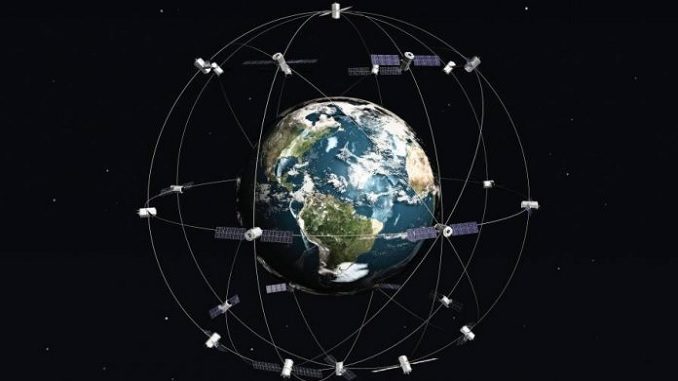 In January 2016, African Heads of States and Governments adopted the Africa Space Policy and Strategy to facilitate growth and development across the continent using space science and technology. The African Space Policy and Strategy promise to initiate space capabilities on Earth Observation Systems, Navigation and Positioning, Satellite Communication and Space Science and Exploration. Africa has also collaborated with the European Union through the Africa Joint Programme Office (JPO) for an EU-AFRICA partnership to introduce GNSS/EGNOS services in Africa for all types of applications with a focus on the aviation sector as the driver. The JPO intends to implement GNSS/SBAS services in Africa, build space capabilities on Navigation and Positioning while supporting African countries and entities aiming at implementing SBAS/EGNOS applications in Africa. This implementation will be achievable through studies on GNSS/SBAS; capacity building; and coordination of GNSS/EGNOS implementation phases.

In furtherance of implementing the African Space Policy and Strategy, a survey and gap analysis were initiated on satellite navigation, positioning infrastructure and technologies in Africa, to understand better the challenges, successes and necessary steps going forward. The review takes into consideration the AUC Agenda 2063 and the African Space Policy and Strategy. The study covers the following sectors: transport, agriculture, survey and mapping, public safety and emergency services, LBS, science environment and weather, and emerging technologies.

Navigation & Positioning (N&P) use in Africa

The African Agenda 2063 prioritises satellite positioning and navigation as part of the Joint Africa-EU Strategy (JAES) partnership. The Navigation and Positioning advancement will be of immense benefit to aviation safety and efficiency, and navigation for the continent. Before the JAES, the Africa space industry N&P has enjoyed progress on Satellite-based Augmentation Systems through bilateral programs such as SBAS/EGNOS in the MENA region (Morocco, Algeria, Tunisia, Libya, Egypt, Syria, Jordan, Lebanon), with ASECNA (17 African States), as well as with the Republic of South Africa (ESESA). For the remaining Sub-Saharan African countries, the EU through JAES initiated a framework programme support to the Air transport sector and satellite navigation in Africa which included four projects addressing aviation safety and security.

Two of the projects (SAFIR and TREGA projects) came into being to support the development and introduction of GNSS/EGNOS services in Africa. JPO was set up in December 2013 and expanded its portfolio of services to all GNSS applications under the “EGNOS in Africa Support Programme”. Another significant N&P contribution in Africa is RCMRD (Regional Centre for Mapping of Resources for Development (RCMRD), an intergovernmental organisation (of 20 Member States) established in 1975 in Kenya under the auspices of the United Nations Economic Commission for Africa (UNECA) and the African Union (AU), which supports African Geodetic Reference Frame (AFREF), a modern and uniform geodetic reference frame for Africa, comprising a network of Continuously Operating Reference Stations (CORS) using Global Navigation Satellite Systems (GNSS) technologies.’

These expansive N&P measures also included several training partnerships and projects like The African Regional Institute for Geospatial Science established in 1972 under the auspices of the United Nations Economic Commission for Africa (UNECA), ARCSSTEE found in 1998 in Nigeria, and CRASTE-LF established in Morocco also in 1998, both under the initiative of the UNOOSA/UN General Assembly Resolution 45/72 of 11 November 1990 and 50/27 of 6 December 1995, and hosted by the Obafemi Awolowo University, Ile Ife and the School of Geomatics’ Sciences and Surveying Engineering, IAV Hassan 2, Morocco.

It is therefore cognizant to note the N&P development across the continent, and its importance as a central feature of space projects on the continent.

Read Part 2 of the article.