Satellite Television, FSS & MSS are the leading revenue sources for the African space industry according to the 2019 Edition of the African Space Industry Annual Report. Satellite operators like Eutelsat contribute immensely to this.

We had a chat with Yohann Leroy, Deputy CEO and Chief Technical Officer at Eutelsat on the company’s operations in Africa and what its experience has been. Before becoming Eutelsat’s deputy CEO, Leroy was CTO of the company between 2014 and 2017. He was recently honoured as a 2020 Karman Fellow; the Fellows are considered to be change-makers and global leaders who have the potential to impact space positively.

What are Eutelsat’s ongoing initiatives and projects in Africa?

We launched 1 year ago the EUTELSAT7C satellite and put it into service at the beginning of this year. This satellite has brought significant additional capacity over Africa, in particular for the dynamic DTH market.

The most important is the preparation for the entry into service of our EUTELSAT KONNECT satellite dedicated to high-speed consumer broadband. This aligns with our goal of fighting the digital divide challenge in Africa.

We currently lease capacity from a third party for our operations in Africa; this satellite will allow us to offer enhanced quality of service at a more favourable price. It was launched in January on board an Ariane 5 rocket and is presently on its way to geostationary orbit. It will reach its final destination in the coming days. We intend to gradually put the satellite into service between October this year and January next year.

The satellite has a total capacity of 75 Gbps; initially, it will be split between Africa and Europe until the arrival of another satellite, KONNECT VHTS in 2022, at which point its total capacity will be re-allocated to Africa. EUTELSAT KONNECT has full or partial coverage of 40 Sub-Saharan Africa countries, where we estimate the highest demand.

We are in the process of finalizing the installation of gateways for the KONNECT project. We have opted to start the roll-out in Europe while keeping open the possibility of installing additional gateways in Africa as connectivity costs decline over time since the cost of connectivity is currently higher in Africa. The satellite design allows gateways in Ethiopia, Nigeria and South Africa. In Europe, we currently have two gateways in Portugal, one in Bulgaria, one in Italy, one Germany, one in Bosnia and one in Cyprus.

Let’s talk a bit more on Konnect Africa, what is the big picture? At the early days, you had some outside investment in the project which you ended up buying back. Why did you do that?

It’s true that at the beginning of the project we were in partnership with other entities. However we decided early on to go for it alone; it is a sign of the confidence we have that there is a real need in the market, so we were ready to take the risk on our own.

How is Eutelsat’s business experience in Africa?

With the current leased capacity, we are providing the same type of services as what we want to deliver soon with KONNECT. Today, Eutelsat mainly provides satellite services to broadcasters and Telecom operators and is a leader in TV distribution by satellite in Africa. We have three prime orbital slots: 36 degrees East for English-speaking African regions where we host amongst others the platforms of Multichoice as well as ZAP TV for Portuguese-speaking countries, at 16 degrees East where we host French-speaking channels, and more and more at 7 degrees East, where we currently have promising commercial discussions.

Telecom operators also lease our capacity to provide backhaul services to extend the reach of their mobile network, thanks to the connection of their BTS’ to their own network. We also offer some V-Sat services in Ku band. This will expand to Ka-band, the band EUTELSAT KONNECT will operate in, and which offers better overall economics.

Can you give us a sneak into Eutelsat latest revenue in Africa?

Our Full Year 2019-20 financial report will be published at the end of July.

What do you think about the African market and how important is it for Eutelsat’s business operations?

We believe Africa provides a significant opportunity in terms of market potential, especially when you look at indicators like the share of satellite in the technology-mix to access television, the number of TV channels per million inhabitants, terrestrial network coverage, etc. We have been offering services in Africa for more than 15 years, and we invest in infrastructure that lasts up to 20 years, the most recent ones being the EUTELSAT7C satellite that we put into service 6 months ago, and EUTELSAT KONNECT, which will be put into service in Fall. We are convinced that part of our business growth will come from Africa, and we decided to focus on this. The good thing with GEO satellites like the ones we operate is that a satellite that is covering Europe can as well as Africa because the longitudes are similar.

Eutelsat benefits from the fact that it has orbital rights over Europe, to operate some frequencies which can be extended to the Middle East and Africa region. Hence, the satellite covers part of Europe and sub-Saharan Africa from the same orbital location. If you build a satellite that covers Africa and Europe, it makes more sense than to build separate satellites for Europe and Africa. Two payloads on the same satellite will reduce the cost of launch, of the platform and other associated costs. 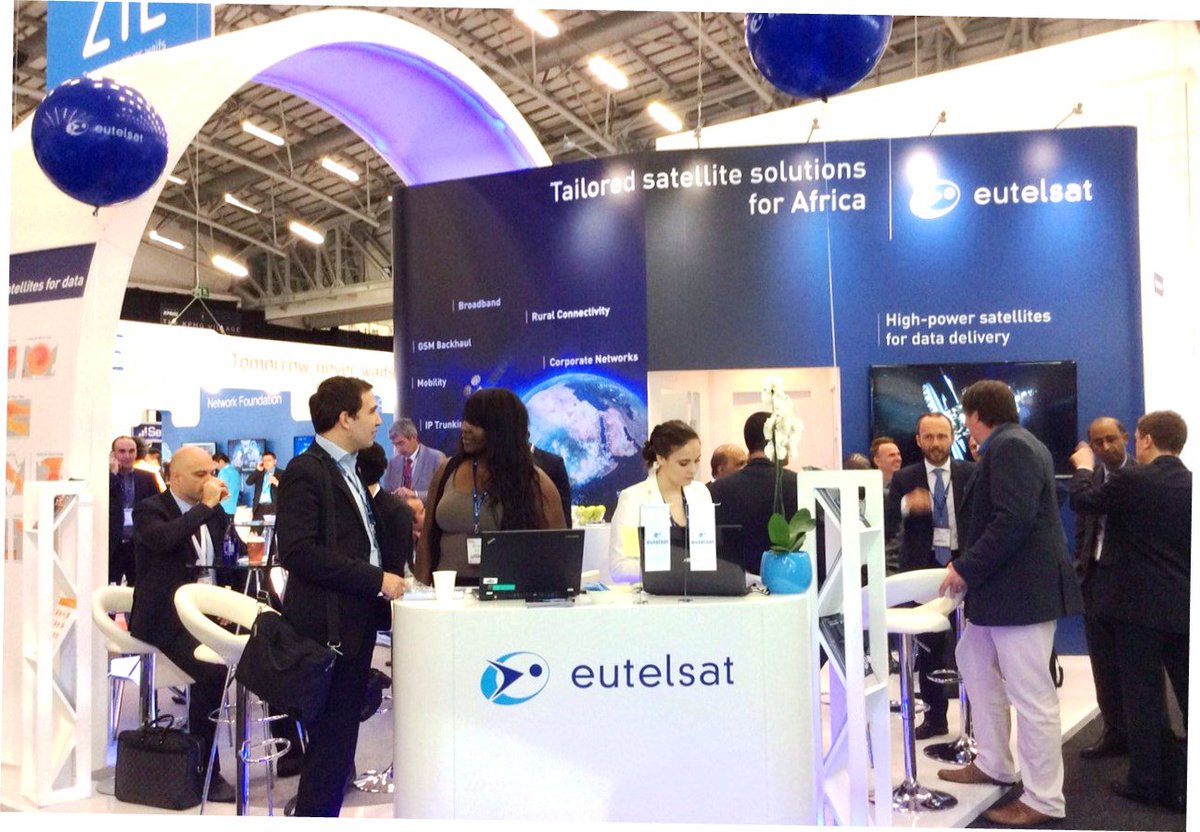 What do you think the future of connectivity is like in Africa?

Demand will increase a lot, but the supply needs to be there at the right economic conditions. I believe TV will remain an essential market in the long run. The strongest growth opportunity is in the broadband arena.

A good example is a deal we signed with Schoolap to provide schools with high-speed internet connectivity, giving them access to a digital platform of officially recognized educational content and high-quality teaching materials. It is a great initiative and we would be happy to enter into similar partnerships to extend this initiative to other African countries. We are convinced access to the internet is necessary for long term social and economic development of the countries and schools are one of the best ways to provide this access to young people. The COVID-19 pandemic has demonstrated it even more vividly, with the increased use of e-education everywhere.

What is Eutelsat doing in terms of corporate social responsibility in Africa?

Generally speaking, satellite connectivity is necessary to keep people from rural and urban areas on a level playing field, and is, therefore, one of the key tools to achieve several United Nations Sustainable Development Goals (SDGs), such as fighting hunger, poverty and inequalities, reach quality health, education, gender equality and economic growth, and build resilient infrastructure. We have taken numerous initiatives over the past years and months in the CSR field: offering pads for visually impaired people, free connectivity in social centres in Ivory Coast, or DRC as well as for hospitals in South Africa, Nigeria, DRC and Ivory Coast, to help fight the COVID-19 pandemic.

Eutelsat has an office in South Africa, what operations go on there?

Our SA office has commercial people and engineers that help with pre-sales. We have several people working from our SA office. Our technical and engineering staff are based in France. But we are also currently opening subsidiaries in various countries where we plan to accelerate the commercialization of our KONNECT services (Côte d’Ivoire, DRC, Tanzania, to start with).

What is your experience with regulators in Africa?

All companies need a stable business and regulatory environment, in particular when investing for the long term. This is not always the case in some countries. However, I firmly believe most African governments are convinced and aware that they need to improve connectivity in their country, and they see it as a great catalyst for economic development. With a constructive dialogue between operators and regulators, I am sure we will find solutions to allow fast development of new generation satellite services under an appropriate regulatory framework, for the benefit of African people.