Home Technology Why you need to bother investing in the African Space Technology sector
Share
Facebook
Twitter
Linkedin
WhatsApp
Telegram
Africa is considered as the last frontier when it comes to almost everything from investments geared towards businesses of any kind, but not anymore. We are currently living in a totally different era. An era where a continent that has grown in the period the internet boom is also rapidly rising in all realms from science, technology, economic, politically and all other aspects that are bringing together everyone else that once never looked at Africa as an investment destination choice, wanting to invest in one way or another. It is estimated by the United Nations, that by the year 2050, for the 2.4 billion people projected to be added to the global population between 2015 and 2050, 1.3 billion of the figure would be African. Africa shall have the youngest continent in the world and it is where the largest workforce in the world shall be based. You would therefore argue that it would be synonymous to committing economic suicide by ignoring this continent that has for the longest time been associated with naïve depictions such as poverty, disease and political instability. Every continent and country within that continent has its own internal issues, but it is imperative to acknowledge the potential and the economic powerhouse that a country or a continent would have if we all stopped meddling with its resources and its people.

Space technology like any other investment, should therefore not be ignored at all in the African continent. Those who have come to that realization are already making in-roads on the ground while those who still have doubts are still sitting on the sidelines while the clock ticks. The world has become such a globalized marketplace such that it waits for no one because opportunities are a click away and those who are connected can mostly always grab them.

The reason why space technology cannot be ignored is what it powers. Space technology powers almost everything from transportation in terms of navigation (road, air or sea transportation), agriculture, communication, mitigation of disasters, combating climate change, National security and several other domains just to name a few. Space technology powers these industries by providing vital information necessary to make accurate and timely decisions for the various responsible organizations in a country concerned with the various listed domains. For example, without quality information on impeding changes in climate, it is extremely hard to inform farmers what kind of crops to plant or when people need to move to higher grounds in case of floods.

With space technology, we are looking at high resolution imagery and vital information such as soil moisture and even PH levels as recorded by the various satellite bands, enabling the Ministries involved with the agricultural docket to send the right data at the right time to farmers hence preventing wastage of resource and improving on farm yields. This improves yields and overall well-being of a farming population in a country of which most African countries are predominantly vested in. We are also looking at communication which is mostly aided via the reception of communication signals from satellites launched into space for that particular purpose. This is important especially in terms of when disasters occur leading to beyond repair kind destruction on the physical infrastructure on the ground that result cut off, of ground communications systems. This is a process that makes it hard to have coordinated rescue efforts for people affected by such disasters due to break down of communication. Therefore most times, satellite communication is highly very beneficial in that time as that is when it can largely be utilized directly with hand held satellite communication devices.  We are also aware of the fact that massive impending disasters  that we are constantly experiencing around the  word have to be monitored before, during and after their occurrence  by the help of satellite technology constantly revolving around the earth after every 24 hrs . The imageries acquired from these satellite  are fundamental on coordinating rescue efforts as mentioned before as well as ensuring that the citizens of affected countries continuously receive updates on the status to constantly prepare emotionally and in other formats that deem fit at that moment. Not so many African countries have that luxury yet. Hence the need for investing in space technology and utilizing its full potential for the people and the countries in the African continent.

Most “pundits” will wonder why we are “wasting our time” in space technology while most African nations have several problems such as food security problems, lack of efficient infrastructure such as roads to support the process of trade in various nations in Africa, lack of political will to support the process of prosperity amongst a member of the country and several other blame games that we might carry on until the sun sets. However it is very fundamental to recognize that ensuring sustainable development and making sure that aspects such as food security as earlier outlined, is also depended upon the kind of information that is distributed amongst the people with a nation or continent if you will. Different regions in a country for example experience different weather conditions compared to their counterparts in the same countries but from a region not similar. Ensuring that the right information reaches to the last mile is the reason Space technology exists in collaboration with various other technologies to achieve this successfully. Most African countries are yet to experience such high levels of Autonomy hence the persistent call to collaborating and investing in Space Technologies.

This is a case that applies not just in Agriculture but also all other domains that require correct information for decision to be made in a timely and quality way. There so much to be explored in terms of the inroads to follow in investing in space technology but understanding the level of opportunities available in this domain in the African continent is key in starting or rather continuing with conversation on space technology in continent. There are several opportunities for both investors and individuals seeking careers in this space as well. The African continent has the chance to do better or in the most optimal way what was not previously achieved by other countries due to lack of information and the know on space technology. We now have information all around us and this can provide more insights and diverse manuscripts to choose from without necessarily re-inventing the entire wheel. Remember it all about the people! 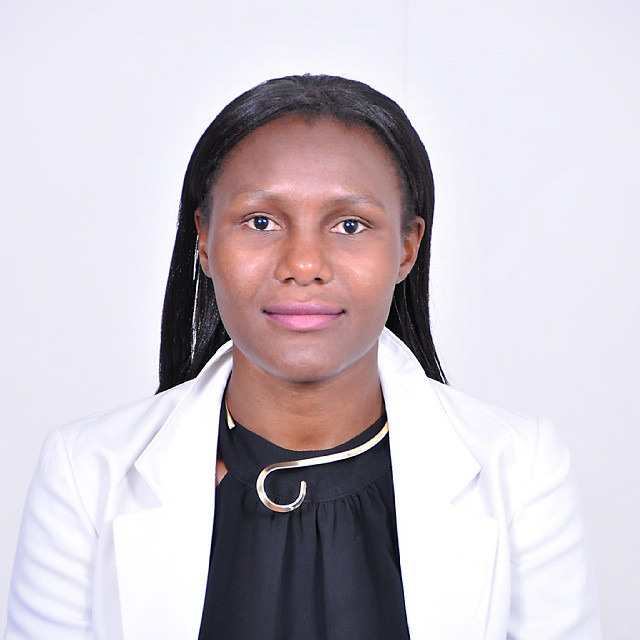 She has worked with the United Nations and other organizations, with the key focus being the use of Space technology for social and economic development. Sylvia Makario is  a Mandela Washington Fellow and currently a Global shaper by the world economic Forum member  at the Kigali Hub where she continues to offer her time and expertise in developing societies in Rwanda and beyond. She is the co-founder of Hepta Analytics (www.heptanalytics.com ), a big data analytics,cloud computing and Geospatial company  focused on helping small and medium enterprises make quality decisions faster and on real time through the utilization of the power of Data.

101 Steps Towards getting Involved With Space Related Activities: Review of...