China and Arab countries are eyeing deeper cooperation on the wider application of China’s BeiDou Navigation Satellite System (BDS) in the Middle East, according to the second China-Arab States BDS Cooperation Forum which held earlier this month.

At the two-day forum in the Tunisian capital attended by more than 200 Chinese and Arab officials, experts and business people, several agreements were inked on furthering cooperation on the BDS.

“Satellite navigation has provided many conveniences and benefits for us, and we are determined to push forward with our cooperation,” Amor said in a speech at the opening ceremony.

He said that the establishment of the China-Arab States BDS/GNSS Center in Tunis in 2018 is an important step in deepening mutually beneficial China-Arab cooperation.

Kamal Hassen Ali, assistant secretary general of the Arab League (AL) in charge of economic affairs, lauded China for establishing an excellent mechanism for cooperation and exchanges with Arab states.

Under the theme of “Cooperation, Application and Service,” this year’s forum focused on increasing BDS application in the Middle East. 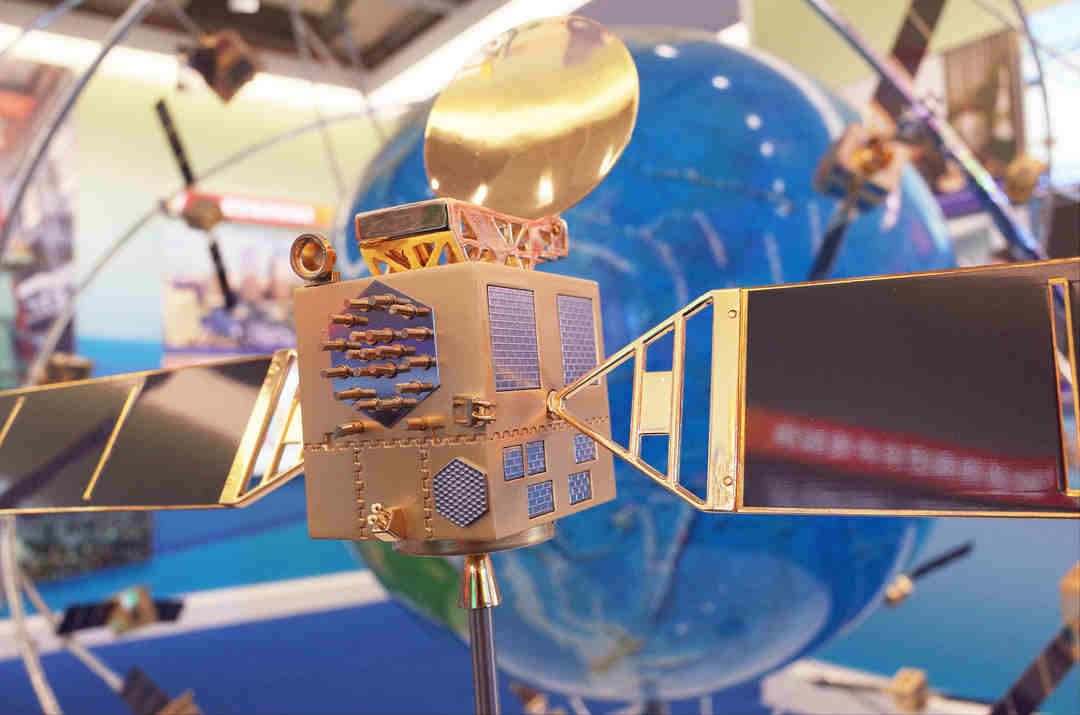 A model of the BeiDou Navigation Satellite System./VCG Photo

“The size of our cooperation will grow bigger as the China-Tunisia cooperation has borne many fruits and it will achieve greater progress in other countries in the region too,” Ali said.

He noted that the BDS has been already applied in many Middle Eastern countries, including Tunisia, Algeria, Kuwait and Sudan in areas such as precision agriculture, telecommunication, maritime monitoring and disaster relief.

Li Chengwen, the Chinese ambassador for China-Arab States Cooperation Forum Affairs, said that a “Space Silk Road” is taking shape as the BDS becomes a new engine for pushing forward the fruitful China-Arab cooperation, especially in the hi-tech area.

The BDS, which went into trial operation in 2011 and started global service in later 2018, is a navigation satellite system independently developed by China.

It is compatible with other similar positioning systems, including the American GPS, Russian GLONASS and European Galileo systems, but it also boasts its unique advantages such as providing a messaging service, which can be especially useful in making emergency calls in time of disaster or loss of direction in remote places.