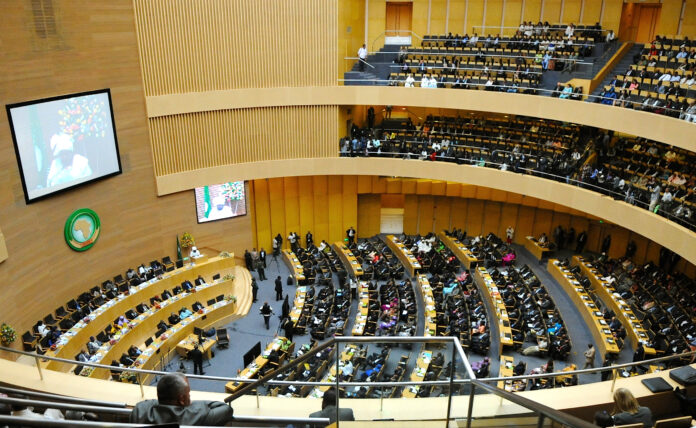 The concept of outer space may mean nothing to the common man in the streets of Lagos, Johannesburg, Nairobi and Cairo. Africa’s most pressing challenges include poverty, inadequate health care, poor infrastructure and education. In essence, governments in Africa should give priority and commit resources to address these pressing challenges. It may sound Utopian to ask African governments to pursue outer space programs with limited resources meant for alleviating poverty and combating insecurity. However, successes in previous missions in the outer space have proven that there is a lot to gain than a mere luxury of astronauts beyond earth. This article explains in plain terms how African governments can leverage the outer space to combat the region’s pressing challenges.

It will be helpful to state a brief overview of how the space sector in Africa is evolving. In February 1999, South Africa launched Sunsat-1, its first satellite built by Stellenbosch University, South Africa. Algeria followed suit in November 2002 by launching the Alsat-1 built by Surrey Space Technology Limited (SSTL) based in the UK. Nigeria joined the league in September 2003 by launching the NigeriaSat-1 built by SSTL. Other African nations such as  Egypt, Morocco, Ghana, Angola, Algeria and Kenya have joined the league by establishing an active space program aimed at successfully launching satellites to the orbit. These countries have continued to research and explore the outer space with millions of dollars invested in space technology programs and agencies.

Opportunities in outer space have never been greater across Africa, with the African Union’s commitment to adopting policies aimed at supporting space exploration among member states. The African Union Commission recently signed a cooperative arrangement with European Commission-Copernicus Programme. The deal provides African scientists access to European Commission’s Copernicus data portal and technical support. The data portal generates up to 12 terabytes of earth observation data daily which is considered the third largest data provider. Innovations around satellite technologies have increasingly made it possible for nations with limited resources to launch their space programs and exploit its benefits to achieve their own sustainable development goals. Also, cross-country and inter-institutional collaboration in the space sector makes way for low-income countries to launch satellites into orbit.

Innovations in science and technology have identified several benefits of outer space exploration for both low-income countries and high-income nations. Outer space, over the years, has provided the earth with essential data and meteorological insights. African nations can leverage earth observation systems to understand weather conditions and probable effects of climate changes to its environment. The World Bank recently noted climate change as one of the biggest threats to coastal and marine systems in Africa. One instance of its effect is the decline of iconic African species. According to Mr Beejadhur, a World Bank natural resources specialist, “sea temperatures in coastal boundary systems may continue to increase over the next few decades and centuries. If current trends continue, sea temperatures will increase from 0.62°C to 0.85°C over the next few years and from 2.44°C to 3.32°C over the long term”, as quoted in the UN website. Weather and climate changes account for up to 99% of natural causes of erosion, flooding and other natural disasters prevalent in Africa. Earth observatory insights provided by satellites could be used to monitor weather conditions and avert some effects of environmental changes in the region.

As Africa’s security challenges evolve, outer space and space assets – like satellites – will be instrumental to sustainable stability in the region. African military agencies should be able to exploit innovations around remote sensing cameras in satellites to the full gains of strategic intelligence and foresight. The Nigerian military in 2014 relied on insights from its SatX and Sat2 satellites to monitor the movement of Boko Haram insurgents in the North East. Satellite imaging and geo-mapping provide great opportunities for African military agencies to monitor their borders and grow their database of homegrown insights. Border crisis, which is a challenge in post-colonial Africa, could be mitigated by relying on satellite insights that are locally driven.

African countries can key into the global movement for development in telecommunications, telemedicine and Tele-education using space technologies.  U.S. President John F. Kennedy and Nigerian Prime Minister Tafawa Balewa conducted the first two-way phone call between heads of state via satellite. Fifty-five years later, many African countries are still making a snail movement in adopting satellite technologies.  According to the Mobile Economy Reports 2018, mobile subscriber penetration in sub-Saharan Africa is all-time high at 44% in 2017 with a projection of over 52% in 2025. Outer space technology has a lot of potentials in up-scaling Africa’s communication sector. Frank A Rose, a US Department of State official,  puts it succinctly using the following diction: “Navigation satellite systems and satellite communications help us navigate the globe and connect and communicate with people around the world. Mobile phones, GPS, and television broadcasts all rely on space systems to connect us to distant places and people. For example, if you’ve ever used a cell phone in a remote area, you may have used a satellite to connect your call.”

Inside the South African Space Ecosystem

Nigeria’s Budgetary Allocation to its Space Programme for 2022