Home News Who will be the next Director General/CEO of Kenya Space Agency?
Facebook
Twitter
WhatsApp
Linkedin
Telegram 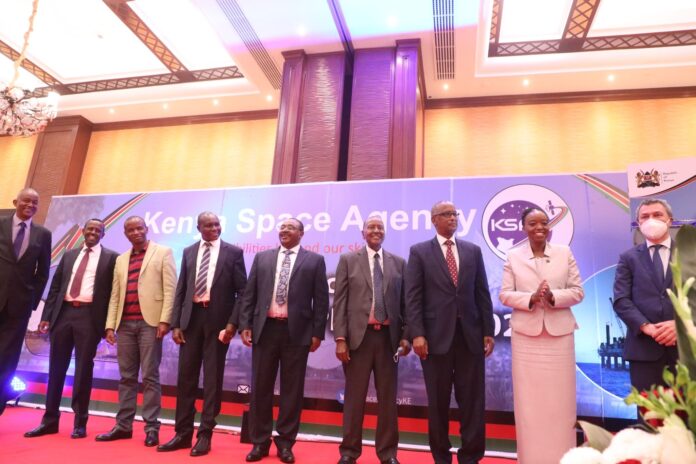 Kenya Space Agency advertised for the position of Director General/Chief Executive office in August 2020 and the agency received 17 applications. Following the shortlisting exercise, five people have made the final list for the interview’s next process.

He has over 15 years of experience lecturing in Geomatic Engineering & Geospatial Engineering systems.

Professor Kiema John Bosco is an Associate professor in the Department of Geospatial & Space Technology, at the University of Nairobi.

Dr Njoroge was the lead scientist and the national coordinator at the Kenya National Space Secretariat, which was the precursor to the Kenya Space Agency. He oversaw the coordination of the implementation of the provision of the Luigi Broglio- Malindi Space Centre Agreement between Kenya and Italy and the negotiations of the renewal of its term.

He is currently a PhD. Candidate at the University of Texas in Arlington.

Mr Mochache currently serves the principal engineer at Bell Flight, based in Dallas, and his experience spans over 18 years in flight design and engineering. Mr Mocahache’s experience also includes aerospace engineering consulting for a number of NASA programs.

Professor Olande is a Physical & Chemical Sciences Fellow at the Kenya National Academy of Sciences.

He holds BSc, MSc and PhD degrees from the University of Nairobi, where he taught theoretical Physics for 16 years. While at the University, he established the Bachelor’s degree program in Basic Space Science (Astronomy & Astrophysics), and saw the installation of research facilities where he managed the Physics research group.

He has also served as the Associate Dean & Head of the School of Pure & Applied Sciences at the Technical University of Kenya.

Professor Olande is the founding President of the East African Astronomical Society, which is a point of contact for the International Astronomical Union (IAU)

The shortlisted candidates will be interviewed at the agency headquarters between Tuesday 10 November and Wednesday 11 November, after which the new Director-General/Cheif Executive Officer will be selected.