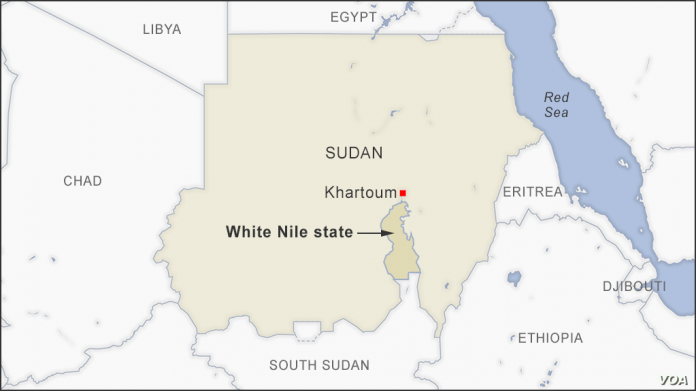 UNOSAT, a technology-intensive programme that delivers imagery analysis and satellite solutions to relief and development organisation within and outside the UN system, recently captured images that indicated wider coverage in the areas affected by the flood as against images released on 28 August 2019. The former image which illustrated satellite-detected surface water in two districts of the White Nile state, Kosti and Rabakas, as observed from SPOT-6 (Satellite for observation of Earth) imagery showed that a total 35 sq km of lands out of 240 sq km analysed area was flooded.

The recent release published by the group consisted of eight SPOT-7 satellite-detected imagery from 31 August – 6 September 2019. They captured areas south of the White Nile State, Ar Ruat, Ash Shushin; the south and the west of Ar Dubaykir and the west of Dereia.

The first imagery highlighted surface water in the south of Ar Ruat and flooded areas close to buildings and settlements, with the second clearly depicting a contrast between Pre-flood situation from Google Earth and SPOT-7(pan-sharpen) acquired an image on 31 August. They detected an increase in surface water in the south of White Nile. Images also indicated that extensive flooding was observed in Ash Shushin, north of Ar Rashdi; evidence of the White Nile bank overflow.

The water surface in the south of White Nile State detected by Sentinel-2 on 5 September, appeared to have increased close to houses with areas flooded and roads affected.

In the south of Ar Dubaykir, no flooding was detected in the AOI (area of interest), however, flooding in the west was noted with evidence of affected roads.

The satellite-captured imagery also showed water surface in the south of White Nile State notably increased from the previous situation detected on 6 August 2019 with extensive flooded areas in the western and northern zones of the AOI.

With the help of UNOSAT satellite imagery technology and further analysis, countries can easily detect and manage natural disasters such as flood, as well as provide humanitarian relief for affected places.