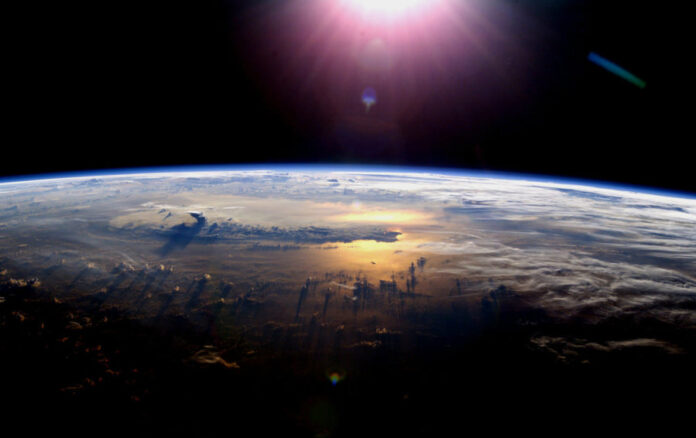 Successful imperialism has two key components: luck and money. But the more money a country has, the luckier it tends to be and the more technology it has at its disposal. A foothold in another territory can effectively be bought with money (via cold, hard cash or the technology that it can develop) and luck, and this foothold makes it more likely that the imperial country will make money from that territory’s resources – thus making it more lucky.

These are some of the lessons we learned in the “Scramble for Africa”, when European countries shared the African continent between themselves. At the Berlin Conference which began in 1884, 14 men sat around a table and decided who should be apportioned land that did not in fact belong to any of them.

History is about to replay itself, but this time on a different planet. And African countries, once again, are going to come second place to richer and more industrialised nations – many of whose wealth was accrued due to their colonial activities on the continent.

A lot has changed in the last 50 years, though. And now there is a strong push for humans to test their mettle on other planets in the solar system, or to harness the resources that outer space has to offer.

Whether it is a Mars or a moon colony, many companies, non-profits or countries – from China to the European Union to the United States – are planning for a human habitation somewhere other than Earth. With enough funding (and luck), this is probably going to be a reality in our lifetimes. As is the harnessing of space by commercial interests.

The phrase “asteroid mining” is no longer thrown around as a futuristic possibility. Nasa has fast-tracked its plans to investigate a 16-Psyche, an asteroid made almost exclusively nickel-iron, although they deny plans to mine it. (If they did it would destroy a number of mining companies and economies overnight.) But the future, in which asteroids are mined, is not far off.

The United States, a leader in space technology, passed the Spurring Private Aerospace Competitiveness and Entrepreneurship Act of 2015, the SPACE Act for short, which allows “US citizens to engage in the commercial exploration and exploitation of ‘space resources’.” These resources explicitly exclude anything biological, but encompass water and minerals. Some scholars argue that this is a “full-frontal attack on settled principles of space law which are based on two basic principles: the right of states to scientific exploration of outer space and its celestial bodies and the prevention of unilateral and unbridled commercial exploitation of outer-space resources”.

However, most developing countries – with the notable exceptions of India and China – are not having these sorts of conversations. To be part of these conversations, a country needs to have the money to spend on space, and most African countries do not have the cash to spare.

In 2014, African civil space programme spending was about $185 million compared to the global $42.4 billion, according to space market consultancy Euroconsult. Total global expenditure on the space was about $330 billion. The largest African spenders were Nigeria ($66 million), Algeria ($45 million), South Africa ($31 million), and Angola ($26 million).

In comparison, the spending of the big players in space – those which are talking about asteroid mining, human colonies and moon bases – are orders of magnitude larger. In 2014, the United States spent $19.2 billion, Russia $4.4 billion, European Union $2.5 billion, China $2.7 billion, and India $1 billion.

With the investment in civil space programmes comes a growth in private sector investment. The two combined drive technology development. While testing his relaunchable rockets earlier this year, SpaceX founder Elon Musk sent a Tesla roadster, worth upwards of $200, 000, into space.

“Economically speaking, the role of private industry in space activities in some capitalistic countries is very fundamental and active,” Chris Johnson, a space law advisor at consultancy Secure World Foundation.

While technology is fuelling the current space race, it was also the driving force behind imperialism on the African continent. “It was all about technology,” says Richard Rathbone, a professorial research associate at the School of Oriental and African Studies in the United Kingdom. “Steam transport, telecoms, weapons, they were all crucial, and access to those things were not cheap.”

“With the investment in civil space programmes comes a growth in private sector investment. The two combined drive technology development.”

And private industry plays a pivotal role in developing this technology, bearing the risk of its development, and reaping the rewards if their gamble pays off. Similar incentives were inherent in the age of European exploration, which saw the continent attract prospectors and traders interested in ivory, timber and land. The first European colonies were ultimately trading stations.

But the space industry in Africa has struggled to survive because it needs government backing and that often materialises too late or not at all. South African microsatellite company SunSpace is a prime example. The company, established by a group of Stellenbosch University students and responsible for democratic South Africa’s first homegrown satellite Sumbandila, died a protracted and painful death in 2013, follow three years of government promises and contracts that did not materialise. What was left of it was eventually absorbed into state-owned company Denel Dynamics in 2013. The commercial space industry needs the buy-in (often quite literally) of its government.

The road to colonisation is paved by industry, with the tacit agreement of their governments. Because of European countries’ scramble for the continent and its resources, the situation got a bit tense on the international Monopoly board. At the Berlin conference in 1884, “you had to show you were there on the ground”, says Rathbone. That foothold, first created by industry, was an important factor determining how large a portion of the continent a country got.

And that conference had far-reaching consequences – in both space and time.

The colonisation of Africa “prolonged the lives of European nation states and an international system that was passed its sell by date”, says Joanna Lewis, an international history professor at the London School of Economics.

The colonisation of other planets is likely to do the same: large space players are likely to have first-mover advantage when it comes to claiming the bounties of space. And in a few years, once a handful of space-faring nations are squabbling over who gets what part of the outer space pie, we shall have another Berlin Conference, this time to decide who gets what part of the solar system.

Far from space belonging to all of humankind, on the current trajectory space will belong to those with money. We need to put the checks and balances in place now if we want to stop that from happening. “Unless tightly regulated from the start, with a whole range of responsible bodies on board that would reflect the whole world, not just the powerful nations, history could replay,” Lewis says.