Designed in 2012 by NASA’s Earth Sciences Division, the Space Apps Challenge is the largest hackathon in the world where NASA provides its participants with their own data freely available. In 2017, this hackathon was organized in 187 cities spread over 69 different countries and hosted more than 25,000 participants.

The principle of this hackathon is to gather thousands of people around the world each year, in a collaborative process, with the aim of imagining innovative solutions to the challenges facing humanity, whether on Earth or in the space. 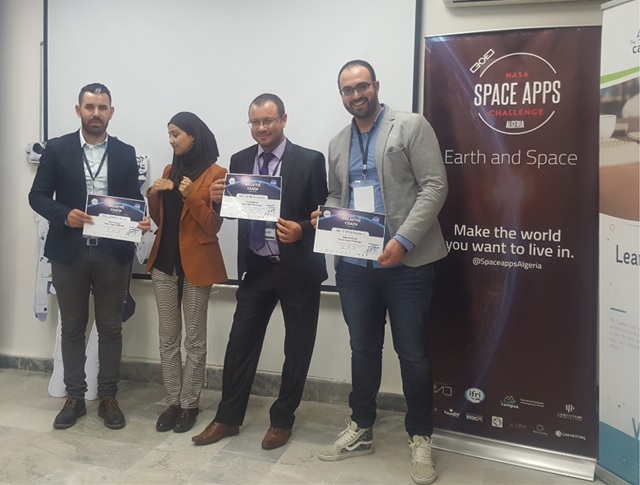 Organized in Algiers on October 19, 20 and 21 by the communication agency Innocom, together with NASA, the event welcomed some fifty participants from different universities (USTHB: Houari Boumediène University of Science and Technology of Algiers, ESI: Algerian National School of Informatics, UMBB: M’hamed Bougara University of Boumerdes, Saad Dahlab University of Blida), divided into eight working groups. Six challenges were proposed to the different groups, each group having to choose a theme and develop an idea or a concept answering the chosen challenge.
After presenting their projects to a jury, the three groups declared winners of this year’s Space Apps Challenge are:

The first prize went to the W-Mars team who chose the theme “Make sense out of Mars”, where we were talking about developing a sensor, or a set of sensors, to explore the red planet for a possible settlement. Of March. 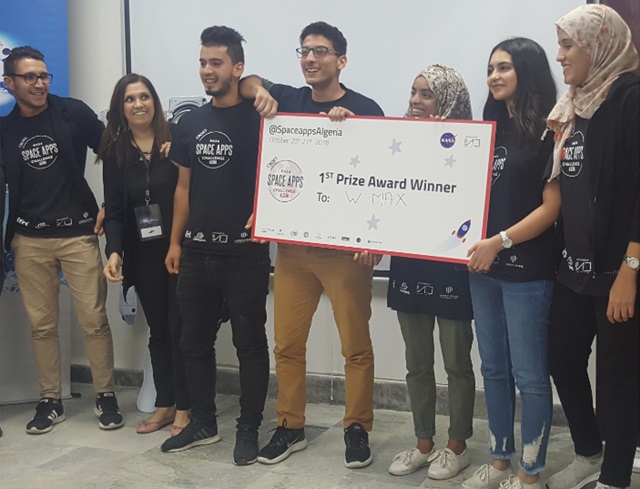 The second prize was awarded to the E711 team whose theme was “Do not forget the can opener! “. For this challenge, participants were asked to create an application that will allow people to cope with a disaster or natural disaster, thus minimizing the risk of physical harm. This application will help people develop survival plans and prepare appropriate emergency kits for each type of disaster.

The third prize was awarded to the ITC-Team team whose theme was “Hello, Bennu! “. Bennu is one of the most dangerous asteroids as it threatens to strike the Earth during the 22nd century, according to NASA studies. Asteroids are also known to be the remaining debris of the formation process of the solar system. They are therefore a privileged way to understand our galaxy and the universe around us. The objective of this challenge was to make an interactive video about the asteroid Bennu. In addition to the video, members of this group have developed a Quiz-based application that allows you to get to know Bennu better. 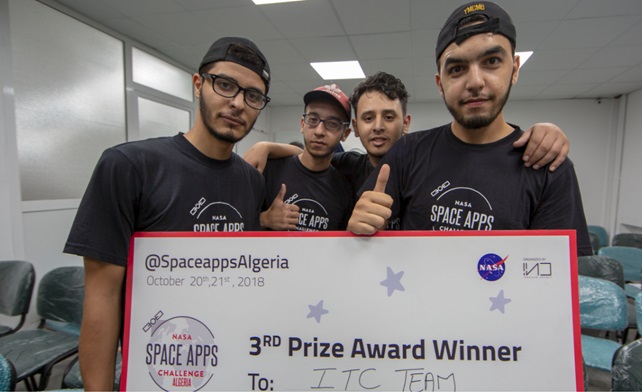 These three winners will have the chance to defend their ideas and concepts internationally. A promising youth that the Algerian Space Agency has had the honor to supervise and encourages to persevere.

Countdown to SpaceOps 2020 in South Africa