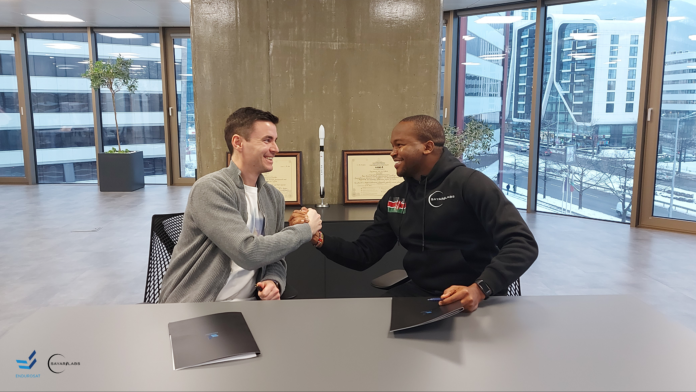 SayariLabs, the first Kenyan space company and provider of satellite services and space-based solutions to governments, industries, and academic institutions in Africa and beyond and EnduroSat, a leading provider of software-defined NanoSats and space services for business and academia sign a commercial agreement to launch the first Kenyan 3U software-defined NanoSat dubbed “TAIFA-1”.

TAIFA-1 (“one nation” in Swahili), will be launched into orbit aboard SpaceX’s Falcon 9 rocket. In addition, the nanosatellite is scheduled for launch in Q4 2022. 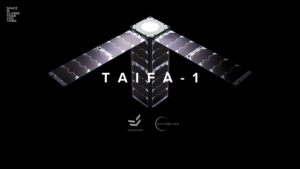 In the past decade, East Africa has been hit with heavy droughts and wildfires, leading to recurring water crises, and damages to local agriculture and food supplies. TAIFA-1 will feature a hyperspectral, Earth-observation camera that will empower customers with relevant environmental, wildlife, and agricultural monitoring as well as land use mapping data in the fight against natural disasters.

In addition, EnduroSat and SayariLabs signed an MOU, which is another milestone for the successful partnership and upcoming joint space projects of the two companies. To this end, EnduroSat organised a two-week educational training for SayariLab’s engineering team, dedicated to space systems and engineering, covering all aspects of mission analysis, design, and spacecraft assembly.

“Over the past decades, space and satellite industries have been reserved for the wealthy and mighty. However, SayariLabs is on a mission of democratising these industries for all interested players in the African region and in making Kenya a space giant in the next generation. With the advancement of technology, this fantasy is quickly becoming a reality. Our partnership with EnduroSat, a leading company in this industry, is a major game-changer and it strengthens our hope and belief of being a major space and satellite solution provider in Kenya, the African region and other parts of the world.” Aaron Nzau, Founder & CEO SayariLabs.

“I am really proud to have the opportunity to support SayariLabs in their efforts to bring space closer to thousands of people in Kenya. Working alongside their team has been an amazing experience for us and I cannot wait to see the innovations and the positive impact that they plan to have, realized in practice. EnduroSat has been for a long time a true believer in open, responsible and accessible space and this is yet another step in this direction.” Raycho Raychev, Founder & CEO EnduroSat.

EnduroSat provides software-defined NanoSats and space services for business, exploration, and science teams. Its focus is on the development of next-generation space commercial services and exploration programs. With an annual growth of 250%+, it is one of the fastest-growing space companies in Europe. Furthermore, Endurosat is a proud member of the International Astronautical Federation (IAF). in addition, EnduroSat’s team exceeds 100+ talented developers, engineers, and scientists, currently serving more than 120+ clients worldwide. Customers for the Shared Satellite Service include commercial space companies focused on IoT, remote sensing, meteorology, and Earth observation, and research organizations: space agencies, universities, and institutes.

SayariLabs is the first Kenyan space startup company established in 2020 to provide satellite services and space-based solutions to governments, industries, and academic institutions in Kenya, as well as in the other African regions and other parts of the world. SayariLabs is focused on being the commercial market leader for satellite manufacturing & space exploration activities in Africa and beyond. In addition, SayariLabs is the first Kenyan satellite manufacturing startup company to be supported by the Kenya Space Agency. The space startup is also partnering with EnduroSat from Bulgaria, to launch its first satellite mission – TAIFA–1. SayariLabs boast a team of eight dedicated and talented Kenyan engineers. SayariLabs intends to grow and serve customers in several technology areas including the IoT industry, remote sensing, meteorology, earth observation and build more partnerships with research organizations, academic institutions, and MDA’s (Ministries, Departments and Agencies) within governments.

IGAD Ministerial Meeting on Ongoing Drought in the IGAD Region