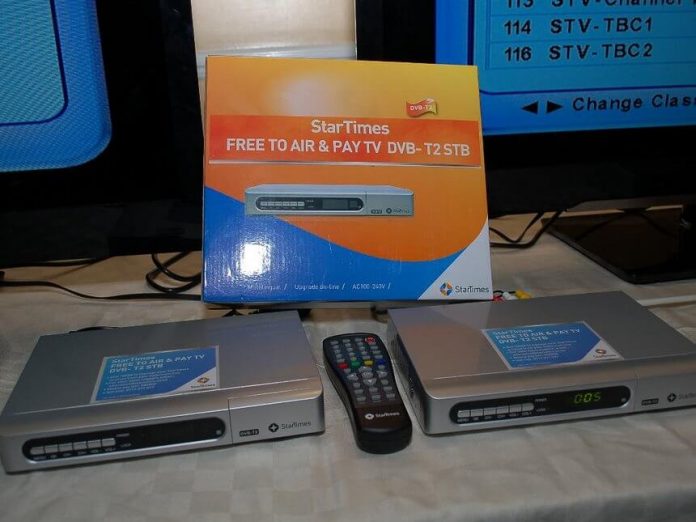 The federal government of Nigeria, on Tuesdays, presented Chinese-owned pay-TV company, StarTimes, with a certificate of satisfaction at an event marking the completion of its digital TV project for 1,000 Nigerian villages.

The project launched on January 14, had each of the 1,000 chosen villages in Nigeria receive two sets of solar-powered projector television systems and one set of solar 32-inch digital television integrated terminal system. The projector television system was provided for viewers to publicly watch at least 21 satellite channels free of charge, including news, movies, sports and religion, and a variety of other programmes.

Also, in each village across Nigeria’s 36 states and the Federal Capital Territory, 20 recipient families with television were provided with 20 sets of direct broadcast satellite terminal systems free of charge. A total of 20,000 households in rural Nigeria benefited from the project.

Speaking about the project, the chief executive officer of StarTimes in Nigeria, David Zhang, told newsmen, “This achievement is a significant milestone in the exercise of digital television service in Nigeria. Over the past year, we have gone across the country in the different states, working with local leaders and communities to successfully implement this project. We have experienced the different cultural aspects of the country, and all we have to report is of a warm welcome, cooperation and goodwill. It is a true testament of what is achievable with when there’s cooperation between governments”.

Meanwhile, the project has elicited praise from villagers and highly placed persons in government. Odebunmi Dokun, a member of the Nigerian parliament and chairman of the national parliament’s committee on information, described the project as “investment to the people because it concerns the masses and enables them to connect to the digital world”. According to him, the project will go a long way in strengthening strategic relations between China and Nigeria.

“The completion of the project, which we are celebrating today, is an investment to the people because it concerns the masses and enables them to connect to the digital world. The people of Nigeria are sincerely appreciative and will continue to be grateful to China,” he said.