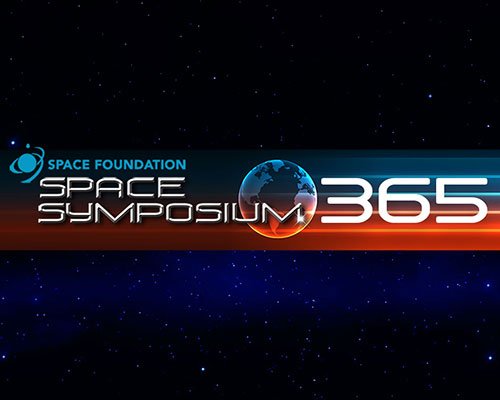 Space Symposium 365 is an innovative digital engagement platform created by the Space Foundation to provide the global space community with a reliable way to extend the dialogues initiated at the annual Space Symposium, share new research and data, and identify challenges and opportunities as they arise. NASA Administrator, James Bridenstine was the speaker on October 27, 2020, in the opening week of the symposium, where he spoke at great lengths about the various plans and measures that the American space community had adopted to bring them a step closer to their goals.

Bridenstine mentioned that NASA has selected four discovery program investigations to develop concept studies for new missions. Although they are not official missions yet and the selections focus on compelling targets and science that are not covered by NASA’s active missions or recent selections. The selected proposals include:

DAVINCI+ (Deep Atmosphere Venus Investigation of Noble gases, Chemistry, and Imaging Plus) which would analyze Venus’ atmosphere to understand how it formed, evolved and also ascertain whether Venus ever had an ocean; Io Volcano Observer (IVO) would explore Io which is a moon of Jupiter and the most volcanic moon in the solar system in a bid to learn more about its specific characteristics; Trident would explore Triton, a unique and highly active icy moon of Neptune. It is unusual because it is the only large moon in our solar system that orbits in the opposite direction of its planet rotation, a retrograde orbit; VERITAS (Venus Emissivity, Radio Science, InSAR, Topography, and Spectroscopy) would map Venus’ surface to determine the planet’s geologic history and understand why Venus developed so differently than the Earth.

He also spoke on the plan to outsource space technologies to individual and private companies in a bid to get new and improved ideas different from what their engineers at NASA come up with. STMD (Space Technology Mission Directorate) is tasked with getting new innovations into NASA, by getting institutions, research facilities and individuals to come up with new innovations and competing to get the best solution for space-related problems in the areas not limited to habitation, mobility, power or dust mitigation. There was a global challenge put up by NASA in June to seek new designs for a toilet that will work both in microgravity and lunar gravity. It was called Lunar Loo challenge. The challenge had since then seen more than 2,000 entries. NASA awarded prizes to the best five entries.

Bridenstine also mentioned their mission to classify asteroids to determine how they could potentially affect life on earth. He mentioned that the observatory team had been very successful with characterizing asteroids that are a kilometre or bigger as they have been able to characterize 90% of those which is a requirement by the congress. The team is now characterizing asteroids that are 140m or bigger but these are more difficult as the latest models and assessments show that only about 50% of those had been classified. He also mentioned that getting resources from those asteroids were not in their current mission set as all they do right now is to classify those asteroids and assess their likely impact with earth.

As an observer at the global event, Space in Africa has noted important upsets for the African space industry that need to happen. Bridenstine’s presentation is a reminder that the African space industry is in need of more private innovators, collaborators, researchers and research institutes across African nations. The race for outer-space exploration continues to grow exponentially and African countries need to up their efforts towards being active participants in this development.

This means that we need to grow more private companies and research, towards discovering and improving on the available space technologies. There are plans already in motion by various African countries to launch astronauts into space. For example, the Nigerian government has announced plans to launch an astronaut into space by 2030, as part of an ambitious space program. But there is still more to achieve, especially as African countries are yet to have a satellite launching capacity from home-soil.

Africa’s space industry is projected to grow to over USD10 billion in the next four years, according to Space in Africa’s African Space Industry Annual Report. This is also a significant opportunity for the United States to expand bilateral trade with African countries, which was at USD40 billion in 2018. U.S. companies are well-positioned to sell space equipment and services to African governments. Specifically, the U.S. private sector could build new satellites, sell ground station equipment, provide capacity training, and help to develop launch capacities on the continent.

This is a growth opportunity for Africa and for US-African trade relations.

How Satellite Technology could potentially save SA Tourism

How Dark Skies Can Contribute to Africa’s Development