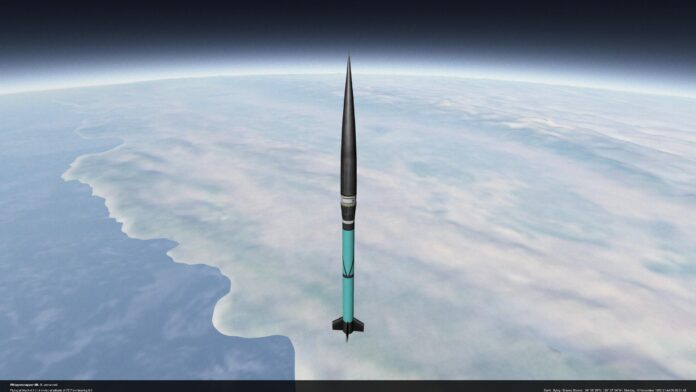 UKZN’s affiliated AeroSpace Systems Research Group has recently completed the testing of its Phoenix-1B Mk II rocket, which will be launched soon. In addition to the Mk II launch, ASReG will also be launching the Mk I rocket, with a technology demonstration objective. The two sounding rockets, which will be sent to the upper atmosphere to test instruments and equipment, will be used to train students on vehicle design, test operations, and to inspire the younger generations. Space in Africa had a chat with Kai, team lead and mechanical engineer working to build the Mk I & II rockets at the Group. Below is the conversation.

You are an engineer at ASReG, and you have played a major role in the development of the Phoenix rockets. Please walk me through your background

So I did my bachelors in mechanical engineering here in UKZN, then a master’s degree in mechanical engineering focussing on the hybrid rocket motor design for the Phoenix-1B Mk II rockets. We completed that in two years and the following year, we had a launch campaign for that vehicle. This was in February 2019. Unfortunately, that rocket failed about 10 m up into the air due to electronics failure, came down and broke apart the Launchpad. Thereafter I joined the Research Group within the department working on liquid propulsion systems while working as a part-time engineer in the Phoenix project where we have rebuilt the Mk II rocket featuring a few upgrades. In addition to the Mk II, we are also preparing the launch of the Mk I rocket. Therefore in total, we have two rockets that will be launching very soon.

Please tell me about the two rockets. How long have you been working on them and what do you hope to achieve with each one?

The Phoenix-1B Mk II rocket is a hybrid rocket. We have a hybrid program, using hybrid rocket motors. We disembarked two years ago to transition from hybrids into liquid propulsion systems primarily focusing on the engine side and the test facility, and on the side, we carried on with hybrid sounding rockets as more of an outreach and human capital development sort of stream.

We have been working on the Mk II since 2017, launched it in 2019 but it failed. We had a break thereafter and this is when we put together a team of post-grads and PhD students to help rebuild the rocket. We had about ten part-time engineers and students working on the sub-systems to put together the vehicle again, and we reused a few parts that were not damaged from the first launch. We have recently completed the testing and will be launching. This particular rocket was designed to go about 35 km high. We wanted to push the amateur sounding rocket record in Africa, which is about 10.3 km. But for now, we are pushing for a 20 km height as the primary objective.

The Mk I rocket is more of a technology demonstration/test vehicle. It can get to about 15 km but we are only going to be testing 6 km this time, just to assess the systems within the vehicle such as the recovery systems; we are going to bring down the vehicle using parachutes, and also the telemetry systems which record vehicle altitude, atmospheric pressure, and more importantly, video feeds. We will be installing some cameras in the rockets and hopefully capture some high definition videos that will be our first footage from a rocket launch.

In summary, there are different objectives with each of the vehicles, but there are quite similar in design.

You are linked to UKZN, does this limit your operations say plans for expansion?

We do have plans to commercialize the rockets eventually. But we are focussed on commercializing other technologies at the moment. The rockets, at the moment, have been planned to remain within the university domain as more of a training and outreach solution. We are somewhat limiting ourselves, but we could in the future if these two launches are successful. In that case, we will raise some more funding and look to consolidate the designs of either the vehicles or the technologies into an Mk III or a Phoenix-1C rocket, which would be a commercial rocket that we could use to go up to about 50 km.

Are you limited when it comes to funding?

We are funded by the Department of Science and Innovation, and they have given us generous amounts of funding so far. I would say, to maximize our potential, we could probably do with an extra 25% of what we get. However, much of what we get at the moment, we have been able to make work. It has been sufficient funding as we have trained a lot of engineers and inspired a lot of people.

As we conclude, do you have anything else to add?

Working on the rockets has been a lot of hard work and we are confident that this launch is going to be a success. We have implemented all the solutions from the outcomes of the accident failure report we did on the previous launch and are hoping that this one is going to be successful.