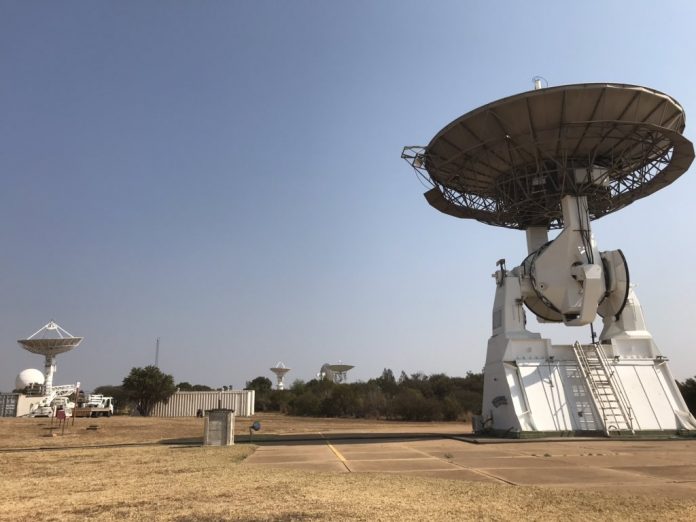 The South African Space Agency (SANSA) has disclosed its plans to develop 20 more antennas, in addition to its fleet of 50 antennas, by March 2020.

SANSA Space Operations is the only ground segment in the world that operates across the full space operations frequency spectrum from UHF to Ka Band. We have close to 50 antennas on site, which will grow to 70 by March next year. pic.twitter.com/UKL7Y4kQOS

Hartebeesthoek runs around the clock all year long to support space missions and satellite launches. The antenna systems are situated across 32 secured locations on the 2890 HA site.

SANSA’s Space Operations unit renders TT&C services to most satellite manufacturers, operators and scope agencies around the world. Through its Space Operations unit, SANSA “conducts various space operations, including launch and early orbit support, in-orbit testing, satellite life-cycle support and satellite mission control for both national and international space industry clients and governments. The programme also supplies hosting capabilities with the intention of expanding this capability to Teleports”, according to a 2018 report released by the Agency.

The badges on display at SANSA indicating our ground support for the various missions leading up to and including the Apollo missions. pic.twitter.com/Vo0kJoY4JZ

Over the years, Hartebeesthoek has provided services for several international missions and satellite launches, including the Apollo missions. Since 1984, the space operations facility has supported over 300 spacecraft in low-Earth orbits and high-altitude geostationary orbits. In 2010 alone, the ground station supported 20 unprecedented launches while delivering maximum service level of 100%, indicating a milestone in South Africa’s space operations capabilities.

The additional 20 antennas will boost SANSA’s growing capacity in space operations and make the Agency more competitive in the international TT&C market.

Russia To Hold Talks With Egypt, India, Indonesia And The UK...