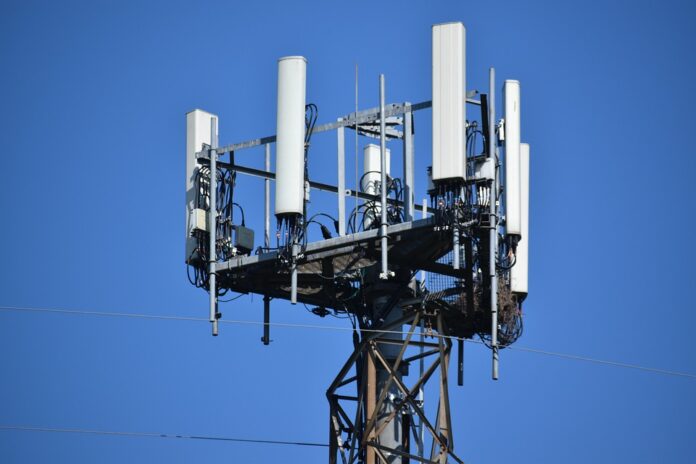 The recent announcement by a local telecommunications company that it has launched 5G in South Africa has more meaning to economic observers, politicians and policy decision-makers than to the man on the street, says Victor Stephanopoli, chief operations officer of MzansiSat.

“The decision to introduce 5G means the service provider has determined that there are enough people in one place who are able to pay for super-fast wireless internet. Yes, it is a great technology. It is fast. It is the cream of mobile terrestrial telecoms and it serves the elite few who can afford it,” he adds.

When 2G was introduced to South Africa in 1992, 2G networks were the first to offer data services and SMS text messaging. 2G was followed by LTE, which became 3G and which offered faster data transfer and video calling, making it preferable for smartphones. In 2012, 4G was launched in SA, initially only covering small areas in Johannesburg.

Stephanopoli says every time another ‘G’ is added, the service becomes faster, the density of antennas increases and the cost of the service becomes more expensive.
“Every time you take a quantum leap to go to the next generation, it is only available to a limited number of people in the first few years.”

When another local telecommunications provider wanted to switch off its 2G network for consumer handsets last year, it had a dilemma: about one-third of all its devices were still on the 2G network.

Stephanopoli says historically, national licenses were only awarded if the provider agreed to cover 90% to 95% of the entire country with that specific spectrum band, regardless of whether all those areas were inhabited or not. “This made no sense at all, especially for countries like South Africa or Mongolia, which have wide tracts of uninhabited land. It is horrendously expensive, because everybody has to pay for an antenna that nobody is using.”

International regulators learnt their lesson. Now the consensus is that providers can acquire 3G, 4G or 5G licenses for specifically defined areas. When 4G was introduced, it was initially rolled out in highly dense and wealthy metropolitan areas before it became ubiquitous a few years down the line. The same thing will happen with 5G.

In time, the network will get to a point where it can be scaled and overall costs brought down, with customer acquisition progressing from early pioneers to early adopters and finally crossing the chasm to late pioneers and followers. Stragglers may never adopt it.

“The 5G operators clearly have a business plan and will hopefully be able to legitimately make enough money to recoup their investment. This does not mean that 5G is a cash cow when it is first introduced. Operators need to have a strategy to onboard enough people. Currently, there are not many phones in the country that have 5G preparation on them,” notes Stephanopoli.

While 5G is hip and shows progress, Stephanopoli says there are several economic realities that need to be considered: most phones capable of connecting to 5G are too expensive for the average South African; and, even if he does have the right phone, the man on the street probably won’t be able to afford the monthly 5G plan.

He says while 5G may be the latest trendy thing, satellite is a more realistic option for a country like South Africa. “Satellite is less about speed and more about reach. It provides equal opportunity to connect, which is more important in a Southern African Development Community (SADC) context.

“If we look at it from an equality perspective, the aim of introducing satellites is not about a weapons race to go faster, higher, better, stronger or wider. It is about being everywhere. We can offer 3G speed everywhere. Most places in South Africa have a mobile telecoms antenna on the ground, which can connect to a 3G network.

“Satellites don’t need an expansive ground infrastructure to provide a signal. It can provide a signal to anybody who can link up with a satellite dish or a local network and it can be done without the prohibitively high costs associated with establishing a terrestrial mobile antenna network,” adds Stephanopoli.

Local networks powered by a satellite backbone are a cheaper alternative to building expensive cable and antenna-based networks into places in the middle of nowhere.

Stephanopoli says a new satellite can be in orbit within two years, but the option exists to get an existing satellite into South Africa’s position and start a soft service much faster. “I won’t have the same bandwidth as a new satellite, but it can be a start. This strategy is known as gap-filling – aimed at closing the gap between the approval and completion of the satellite and its establishment in orbit.”

He also points out that the highly data-intensive nature of 4G and 5G means the sheer volume of data exchange will necessitate a backhaul or secondary channel through which to pump data when traffic on the mainland routes gets too busy.

“Satellite in a South African context is important, because away from the metro areas, it is an incredibly rural country. Sadly, the country has missed several opportunities to be proactive, specifically during the Zuma administration,” he adds.

Notably, wherever the sky is visible, people can connect to the internet if they have a dish. “We can provide an infrastructure that is usually only found in urbanised areas or near important infrastructural routes such as railway lines and national roads,” says Stephanopoli.

“Instead of laying cable or building hundreds of towers, which costs a fortune, we can roll out a satellite empowered service across South Africa, and in rural South Africa specifically, for a fraction of the cost. The advantages are numerous – easy access to school curricula, remote health care, electronic data gathering, data analysis and record-keeping, to mention a few.

“Rolling out a digital network in a market where a massive part of the population has no relationship with that technology is a case of running before walking or running the internet before being able to run on the internet. It’s a very South Africa thing – making a massive quantum leap – from a complete standstill to warp speed – and it just doesn’t make sense,” concludes Stephanopoli.

How Satellite Technology could potentially save SA Tourism

How Dark Skies Can Contribute to Africa’s Development

HOW THE SUEZ CANAL INCIDENT IS A GOOD USE OF SPACE...