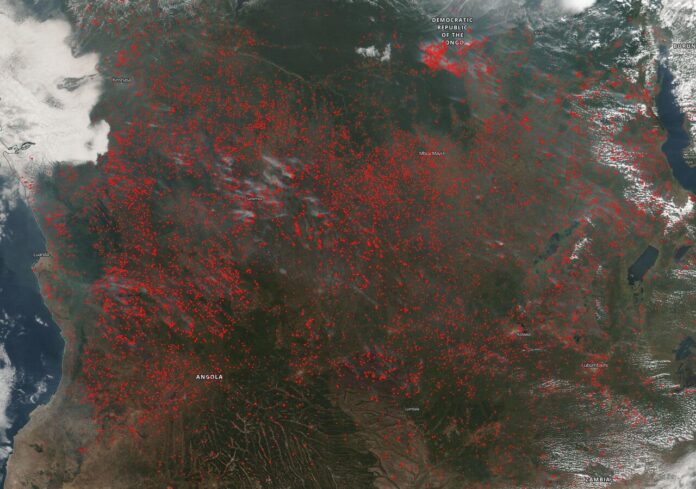 At this time of the year, fires of this magnitude are quite frequent as farmers, in preparation for the new agricultural season, clear old crops by burning them to prepare the land for new plants. This method involves burning the leftovers of old crops in an attempt to get rid of shrubs and unwanted grass on the land. This action restores nutrients to the ground and enables the growth of edible plants in the ensuing planting season.

This form of agriculture called “Slash and burn” is mostly practised in regions abundant with grasslands and rainforest. It is common in parts of Africa, Southeast Asia and northern South America. The slash and burn ritual is economical for farmers, and it dates to 12,000 years ago. Its economic value stands as it eliminates the need for large farming equipment for land clearing.

Kenya Space Agency to Lead Efforts in Use of Earth Data...