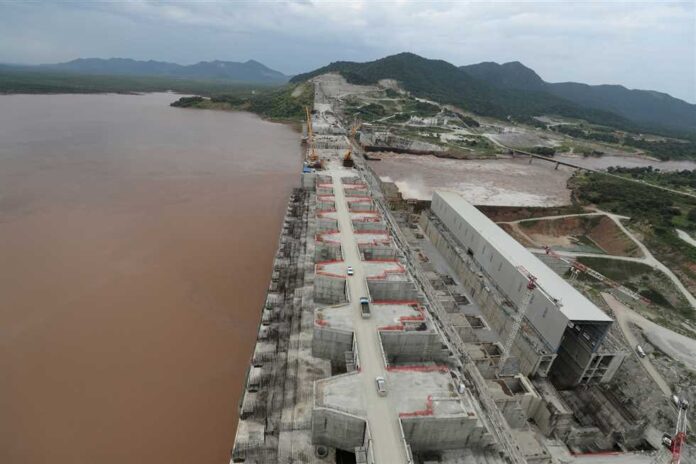 Ethiopian Prime Minister, Abiy Ahmad has announced yesterday, that the first phase target of the Grand Ethiopian Renaissance Dam (GERD) filling, reached successful completion. This came shortly after exclusively wired satellite photos, showing the flow of water in the reservoir behind the dam, was released by Al-in News.

Although speculations have been flying on whether or not extra steps were taken during the filling process, the statement from Abiy’s office did not indicate whether the first-year target was successful through a natural process or not.

The statement, however, in conjunction with the satellite images showed that enough water had amassed that’ll enable Ethiopia to generate power next September by testing the dam’s first two turbines.

On Tuesday, African leaders held a virtual summit organized by the African Union, of which President Abdel Fattah El Sisi of Egypt and Sudanese Prime Minister Abdullah Hamdouk were in attendance. This summit was a way of diplomatically reducing the tension between Egypt, Sudan and Ethiopia.

The GERD, because of its construction on the Blue Nile, has caused a lot of dispute between these countries since its launch in 2011. Egypt and Sudan see the GERD project as a threat to their water supply. Meanwhile, Ethiopia sees it as a necessity for improving electricity.

Work began on the construction of the Renaissance Dam on April 2, 2011, at an initial financial cost of $ 4.7 billion and the goal is to add an additional 13.5 billion cubic metres to the reservoir in the second year.

“ANGOSAT-2 will be launched in the first half of 2022”, Reiterates Minister Manuel Homem