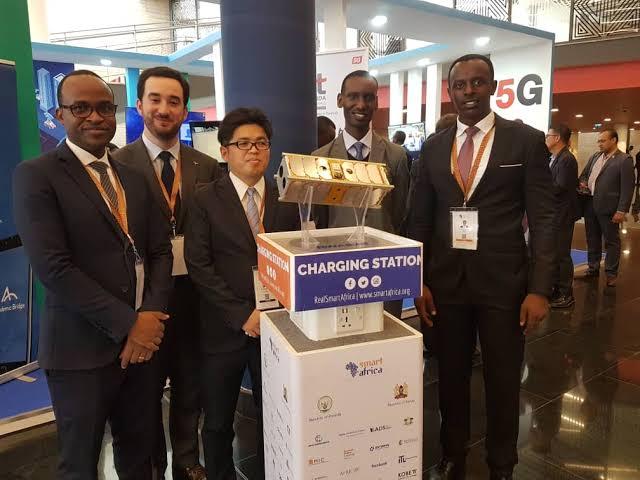 Rwanda’s first satellite in Space, RwaSat-1, is set to be deployed to low Earth orbit (LEO) from the International Space Station(ISS) on 18 November 2019.

The satellite built by a team of Rwandan engineers with support and supervision from the University of Tokyo was launched from Japan’s Tanegashima Space Center on Tuesday, 24 September before arriving the ISS on Saturday, 28 September.

The 10 x 10 cm Cubesat weighing less than 1.2 kg was designed for space research to help the Rwandan government monitor water resources, natural disasters, agriculture and meteorology, according to Rwandan officials during the official unveiling ceremony of the satellite at the Transform Africa Summit held on 16 May 2019.

During a recent joint press conference organised by the Rwanda Utility and Regulatory Authority (RURA), the Rwanda Ministry of ICT & Innovation, and the Japanese Embassy, Lieutenant-Colonel Patrick Nyirishema, RURA Director-General, disclosed the deployment details of the Cubesat.

According to him, about 50 Rwandan engineers have undergone training in space technologies. He also added that lean satellite technologies are the future and Rwanda plans to engage actively in shaping that future.

Minister for ICT and Innovation, Paula Ingabire said that the partnership between Rwanda and Japan has since benefited many Rwandans by offering opportunities for Rwandan engineers to have access to the University of Tokyo’s laboratories for assembly, integration and testing of the RWASat-1.

RWASat-1 will relay information to remote ground stations in Kigali via the two onboard multispectral cameras to analysed and utilised by the Ministry of Agriculture and agricultural institutions for urban planning and natural resources exploration, and for making informed decisions in predicting crop yield and monitoring of soil moisture.

In the past, Rwanda depended on other countries and private companies for geospatial data. Officials say that having a satellite, which is part of the National Space Program, will significantly reduce the cost of acquiring data.

According to Japan’s Ambassador to Rwanda, Mr Takayuki Miyashita, Tokoyo University was impressed by Rwanda’s speedy progress. He also promised continuous cooperation with Rwanda in the development of space technology, particularly in technical-know-how for the management of satellite, including regulations and regional coordination.