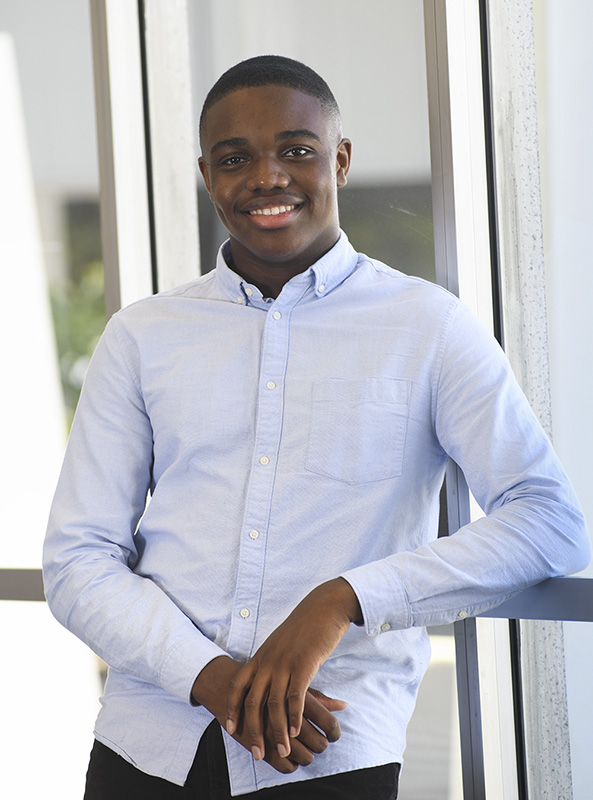 The Aerospace Corporation (Aerospace) announced the selection of Odinakachukwu “Aka” Amobi as the third recipient of the Dr. Wanda M. Austin Science, Technology, Engineering, and Math (STEM) Endowment scholarship award. Amobi will receive a $10,000 scholarship, which is potentially renewable for up to four years, along with a summer internship opportunity at Aerospace. Amobi is a senior at St. Bernard High School, a co-ed Catholic institution in the Los Angeles community of Playa del Rey. He will be attending California State University, Northridge in the fall to start his undergraduate studies in computer engineering.

“Ensuring mission success for generations drives our commitment to supporting the leaders of tomorrow,” said Steve Isakowitz, Aerospace president and CEO.  “Through this scholarship, we will help him soar to greater heights in engineering, and we can’t wait to see what his promising future brings.”

As a young child, Amobi’s mother would take him on weekly trips to The Proud Bird, an airplane-themed restaurant near Los Angeles International Airport. Instead of eating, he remembers gazing in awe at these bird-like contraptions. Science continued to command his attention, and an eighth-grade science class eventually ignited his passion.

“St. Bernard is so proud of Aka,” said Dr. Patrick Lynch, principal of St. Bernard High School. “He has tapped into the best of our STEM program and our co-curricular offerings to prepare himself for a promising future. In doing so, he has achieved academic success at the highest level and enhanced the program with his positive and enthusiastic approach to learning and especially to robotics.”

Amobi has played a vital role in the St. Bernard High School STEM Summit for all four years of his high school experience by leading diverse teams through several creativity-focused and engineering-related tasks.

Aerospace established the Dr. Wanda M. Austin STEM Endowment fund in 2015. The fund provides financial assistance to underrepresented and underprivileged high school students who demonstrate academic excellence, strong leadership skills, and intend to pursue undergraduate study in a STEM field at a four-year college or university. The fund is sustained through employee donations, charitable organizations, and estate gifts. More information about the STEM Endowment program can be found at: www.aerospace.org/education/stem-outreach.

Aerospace has also participated in the St. Bernard High School STEM Summit for the past four years. The idea for the summit comes from former Aerospace board of trustees member, NASA astronaut, and retired Air Force Gen. Kevin Chilton, who is also an alumnus of the high school. Chilton has routinely served as master of ceremonies for the competition.