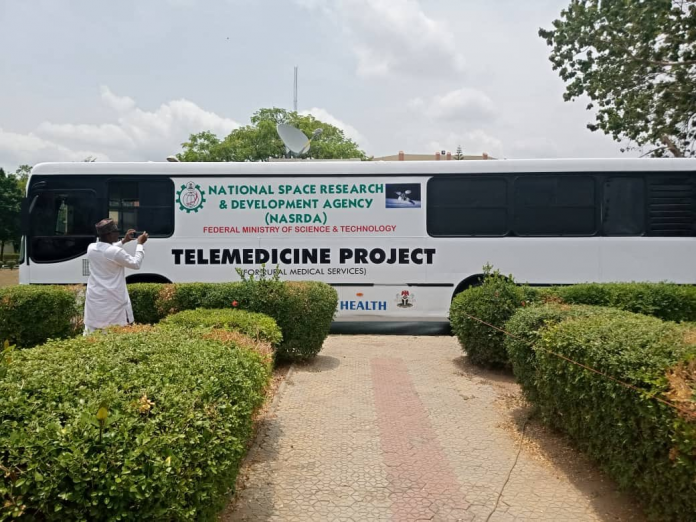 In order to mitigate the spread of coronavirus pandemic in the country, the Federal Ministry of Science and Technology through its agency, the Nigerian National Space Research and Development Agency (NASRDA) has collaborated with the Federal Ministry of Health for the use of telemedicine facility for mobile testing of the virus.

Telemedicine was one of the target applications of the Nigerian Communications Satellite which carries Hughes VSAT equipment, Polycom video equipment and AMD telemedicine
(NOC). The pilot project was designed in collaboration with the Ministry of Health, while the sub-networks integration commenced in March 2007 with the Network Operation Centre. The initial plan was for the integration of the sub-network to include Eight Remote Terminals and One Mobile Unit commissioned in January 2008.

While speaking in Abuja, the Minister announced the Ministry of Science and Technology will make use of this facility to support the work of the Ministry of Health in curbing COVID-19 across the country. According to the Nigeria Centre for Disease Control (NCDC), as at 09:00 pm on 8th April, there are 276 confirmed cases in Nigeria, 44 have been discharged and 6 deaths have been recorded.

As at 09:00pm 8th April there are 276 confirmed cases of #COVID19 reported in Nigeria. Fourty-four have been discharged with six deaths pic.twitter.com/Z7W9nJNowS

Exodus Orbitals, Others to Use Satellite Technology to Protect African Wildlife