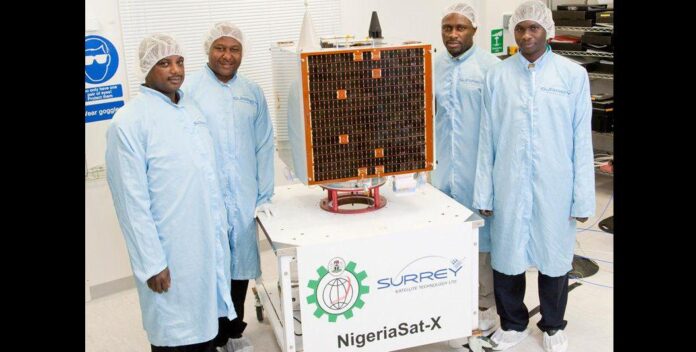 The new Acting Director-General of Nigeria Space Research and Development Agency (NASRDA), Dr Francis Chizea has disclosed that Nigeria is going to work on launching a new satellite to replace the NigeriaSat-2 which Nigeria sent into space in 2011. Speaking in an interview with Space in Africa, Dr Chizea mentioned that “satellite launch is the major focus of the agency. We have started the process of replacing the Nigerian Sat-2. We need to get the replacement up.”

The NigeriaSat2 is an earth observation type satellite launched to provide high-resolution (Pan and MS) imagery in a swath width of 20 km. Besides, the spacecraft also carries a DMC continuity payload to provide observation continuity with NigeriaSat-1, launched in September 2003. Since its launch, NigeriaSat2 has assisted Nigeria in satellite imaging for applications in mapping, water resources management, agricultural land use, population estimation, health hazard monitoring and disaster mitigation and management.

The Director revealed that work would start immediately towards the success of the new satellite. In his words: “We have carried out some feasibility studies which are in line with what is expected [a]round the world and what the technologies are, and we are getting into the process of getting this done. I know we have done a memo to the council, that is the first legislative council has approved that we commence the process of looking for where to site the project”. Nigeria launched NigeriaSat2 alongside NigeriaSat-X at the Yasny military base in Russia. Surrey Satellite Technology Limited (SSTL), a UK based firm, was responsible for the development and building of the NigeriaSat-2 and it was launched into orbit by Ukrainian Dnepr rocket.

While affirming a focus on localisation of talents, the Director added that “I mean it’s not good right, we have to build the capacity right here at home because we have the people who I am confident are able if the facilities are in place. So we have the idea of where we are supposed to build the facility that can allow us to build satellite components up to a 1000 kilograms. The facility is not ready now, just civil work in that area including recruitment and the costing of things. However, we have small site facilities around. We’ve been able to build some components for the spacecraft, so even for the satellite that we are planning to launch, one or two of the components that will fly out will be built by us. That is a major step forward at least, to demonstrate that at least our engineers and scientists [can] come up with space components that we need to fly the spacecraft”.