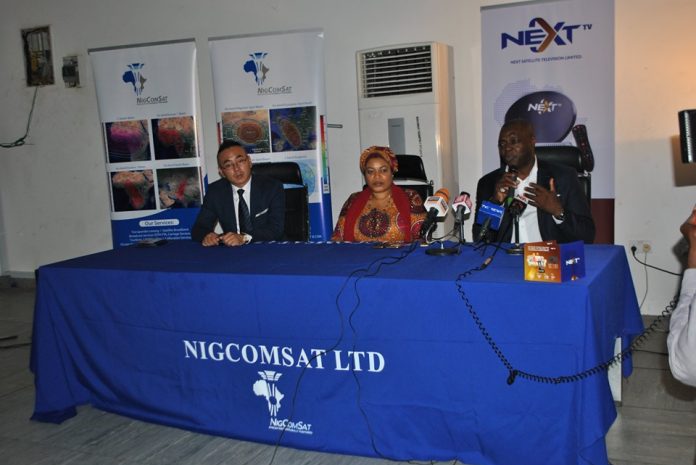 The platform is a joint venture partnership between Nigus International, a Nigerian technology solutions company; NIGCOMSAT and China Great Wall Industry Corporation (CGWIC). CGWIC served as a prime contractor for the development of NIGCOMSAT’s communication satellites, both NIGCOMSAT-1 and the replacement, NIGCOMSAT-1R which is still active in orbit. CGWIC and NIGCOMSAT have partnered on several projects since the launch of NIGCOMSAT-1R on 20 December 2011.

The partnership further corroborates NIGCOMSAT’s effort to make satellite DTH services affordable in Nigeria. In December 2017, NIGCOMSAT launched a free DTH service, offering over 40 free news, sports, religious and entertainment channels, available on its decoder and other unlocked decoders across 54 countries in Africa.

Speaking at the event, the Minister of Communications, Barrister Adebayo Shittu, emphasized the need for Nigerians to patronise NIGCOMSAT and NextTv.

Mrs Bimbos Alale, Managing Director of NIGCOMSAT, said that the partnership which began in 2018 is to improve Internally generated revenue as part of a plan to fully commercialize the company’s assets and operations without depending on government funding.

Malam Ado Ibrahim, the newly appointed Managing Director of NextTv, described the new venture as the beauty of private-public partnerships and expressed his excitement to help realize the goals of the company.