Gabon, a Central African country with about 2.2 million people, is one of the few Francophone African countries making efforts to develop a space program. In 2010, the government established L’Agence Gabonaise d’Études et d’Observations Spatiales/the Gabonese Agency for Space Studies and Observations (AGEOS) to implement Earth observation programs on a national scale and address some of its socio-economic problems.

Space in Africa had a chat with Dr Aboubakar Mambimba Ndjoungui, the Deputy Director of AGEOS, on the sideline of the recently concluded AfricaGIS conference held in Abidjan Cote d’Ivoire to discuss what the agency has been up to and what the plan is for 2022. AGEOS is one of the institutions implementing the 30 million Euros Global Monitoring of the Environment and Security (GMES & Africa) project and is leading the Central Africa consortia to facilitate the production of relevant baseline data and indicators, organizing, and disseminating data as well as products and services, extending and appropriating products and services, and training and capacity building in the use of earth observation data. The consortia also comprise of Commission des Forêts d’Afrique Centrale (COMIFAC) of Cameroon, Office Burundais pour la Protection de l’Environnement, Institut National pour l’Environnement et la Conservation de la Nature (INCOMA) of Equatorial Guinea., and Université de Moundou of Chad.

Read: AGEOS is Driving the Development of Gabon’s National Space Policy and Its First Satellite

What is the update on the GMES & Africa project implementation?

We are at the end of the first phase of the project, and we have implemented some forest monitoring projects and carried out land-use-land-cover over all the 10 countries in the region. We have also developed some tools for data infrastructures to make available to users, all the products and services developed by the consortium. In addition, several pieces of training and capacity development programs have been implemented. Specifically, more than 103 people have been trained and nine students from Cameroon, Chad and Gabon have been given scholarships of 1,500 Euros each. Lastly, we have partnered and collaborated with several other institutions, both in our consortia and across the continent. 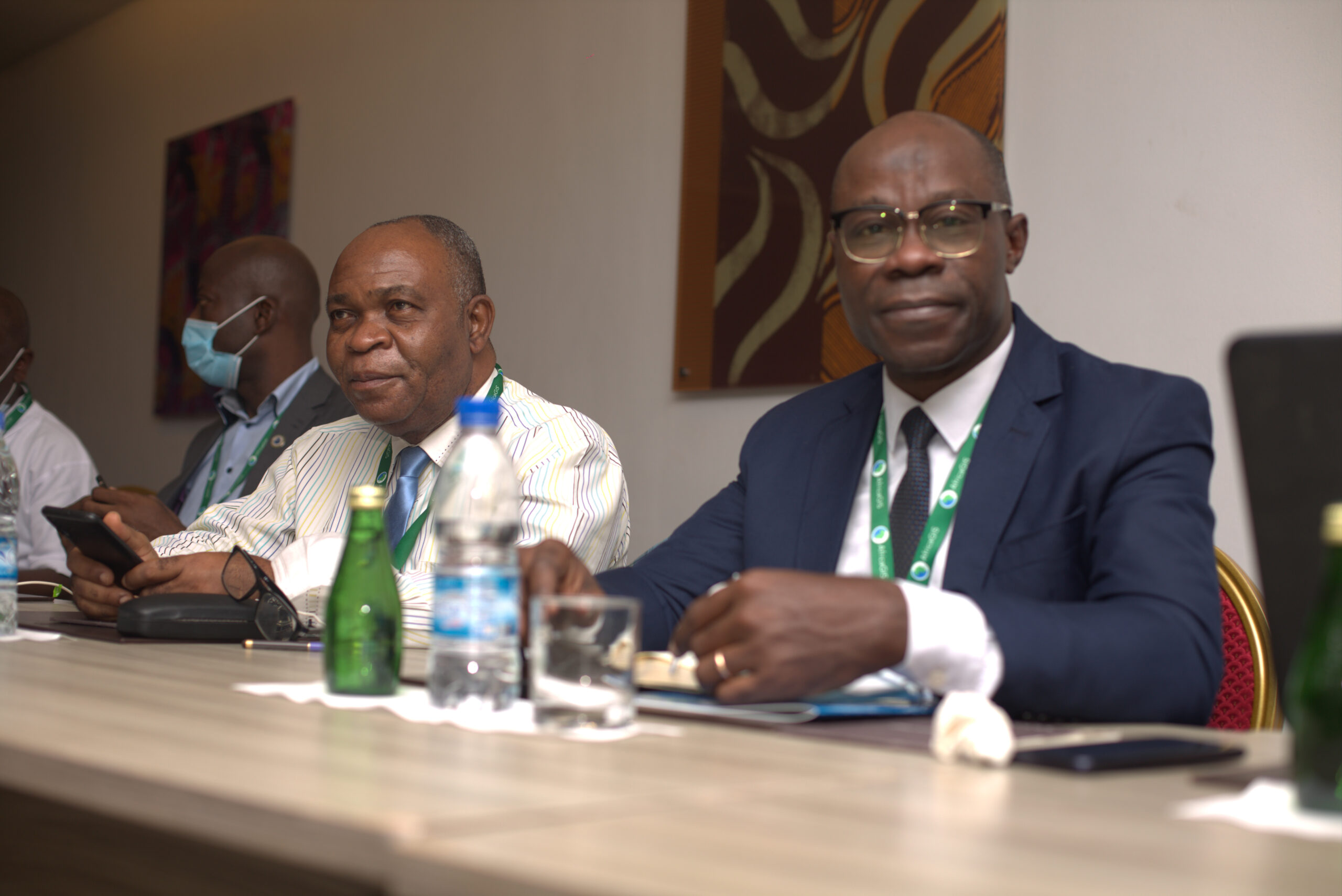 How about the Space Climate Observatory (SCO) program?

The goal of SCO is consequently the use of Earth Observation (EO) tools, combined with field data and models. We are providing users and decision-makers with the tools and capacities to study, monitor and adapt to the impacts of climate change at local and regional scales. In fact, we had a workshop in May this year. I recently came back from the 2021 United Nations Climate Change Conference (COP26) in Glasgow where we had several technical meetings and capacity development programs. As a result, we have started the Mangrove first monitoring project and have started building the tools for this. In addition, we have implemented several projects for coastline monitoring, as we have been losing lots of lands. Through the SCO, we have also been able to transfer technologies from developed countries.

Read: How is Gabon Studying, Monitoring, and Adapting to the Impacts of Climate Change?

What is the synergy with other local institutions as you are implementing all these projects?

We have a strong synergy with universities. For example, we work closely with the Université Omar Bongo geography department in training, capacity development on satellite data and image processing. We are also working on bringing in the other two universities in the country, especially in raising critical Human Resources on Earth observation.

What is the update on your first satellite project?

Japan Space System recently won the consulting bid for the implementation of the GABON-SAT project. We are looking at two years for the project development and they will be providing financial support and technical support through collaborations with Kyushu Institute of Technology (KYUTECH). We hope to work more with other experts in Africa and collaborate with other countries in the future.

What is your relationship with other African francophone countries?

We signed an MoU with the Rwandan Ministry of Natural Resources to provide forest and drone image expertise. We are also talking to countries like Cameroon and Chad. Some countries think our ground station is for intelligence monitoring, but it is not. We do want to work with other Francophone countries in Africa, the GMES and Africa program has shown us what is possible when we all come together to pursue similar goals. Beyond other Francophone countries, we also have MoU with SANSA.