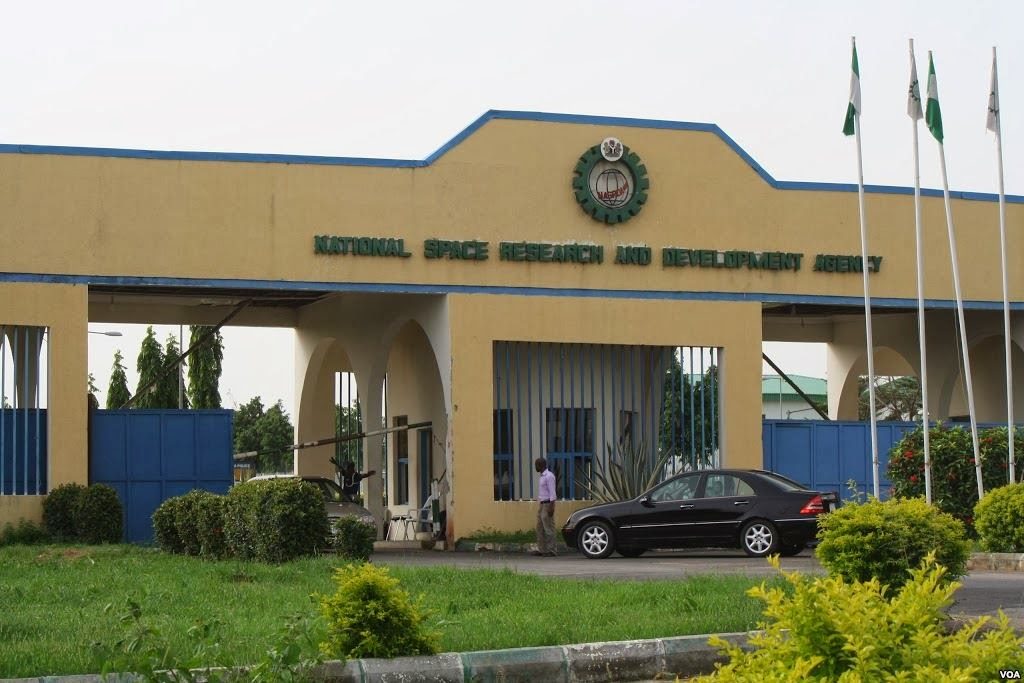 The National Space Research and Development Agency (NASRDA) appoints a new acting Director General following the expiration of the two-term tenure of Professor Seidu Mohammed as the Chief Executive Officer of the Agency.

The newly appointed Acting Director-General, Mr Jonathan Angulu, has called for a cohesive front in a bid to further strengthen the development and historic achievements of the Agency, widely regarded as the premier space agency in Africa. He made the call in Abuja while receiving the handover note from the outgoing Director-General of the Agency, Prof Seidu Mohammed.

Mr Angulu, who expressed gratitude to God for his appointment, described his coming on board as the Acting Director-General of the space agency as a divine reward for hard work.

He called on both the management and staff of the Agency to continue to put in their best for the successful implementation of the Space road map for the overall benefits of the entire citizenry.

The Acting Director-General thanked his colleagues for the support availed to the outgoing Director-General during his two-term tenure in the Agency, and expressed his wish for same to be accorded him, stating his intention to deploy an all-inclusive style of leadership where everyone’s decision would be relevant and every positive voice heard irrespective of position.

The new NASRDA boss also expressed his readiness to deploy all strategic means in the arsenal of leadership to further propel the development of the Nigerian space programme, and that topmost on his priority list would be staff welfare, with a view to increasing the motivation of employees.

He further stressed on the need for the full exercise of discipline by members of staff at all levels, emphasising the importance of punctuality and commitment to work in the pursuance and realisation of the collective mandates of the Agency.

While thanking the immediate past Director-General, Mr Angulu promised to consolidate on the gains and achievements made during his tenure, emphasising that the Space Agency remained a national asset and was strategic to national development.

Earlier in his farewell address, the outgoing Director-General, Professor Seidu Mohammed, expressed gratitude to God for a successful outing at the helm of affairs of Nigeria’s premier space agency for two tenures.

He said that under his watch, Nigeria had become a leader in the space race in Africa and a global player in space science and technology sector, amongst other achievements.
Professor Mohammed, while appreciating the selfless contributions of the management and staff of the Agency during his tenure, alluded the success story of NASRDA so far to the unflinching commitment of the entire staff.

He urged them not to rest on their oars in the pursuit of self-development and capacity building, in order to sustain the height attained by the Agency during his tenure.

Professor Mohammed commended the new Acting Director-General for his cooperation and support over the years, and urged him to build on the existing solid foundation for the progress and development of the Agency.

He thereafter called on the entire management and staff of the Agency to give him their unalloyed support to the Acting Director General in the best interest of the Space Agency.
Directors of the Agency in their goodwill messages, expressed gratitude to the outgoing Director-General for his style of leadership, his perseverance and his role in the growth and development of the Agency.

The directors, who spoke one after the other on behalf of members of staff, pledged allegiance to the incoming Acting Director-General whom they described as one of the foundational members of staff of the space agency.

Mr Jonathan Angulu, until his appointment as Acting Director-General of the Agency, was the most senior director and in charge of Procurement and Projects.

In a letter vide FMST/DAS/385/II/T, the Permanent Secretary of the Federal Ministry of Science and Technology, Mr Bitrus Nabasu, conveyed government approval for Mr Jonathan Angulu, who was the most senior director in hierarchy, to take over the mantle of leadership of the Agency in acting capacity in line with the circular issued by the Secretary to the Government of the Federation, which stipulates that at the end of tenure of heads of extra-ministerial departments or director-generals or chief executive officers of parastatals, pending the appointment of a substantive head, the outgoing chief executive must hand over to the next most senior officer of the establishment as long as the officer does not have any pending disciplinary matter.