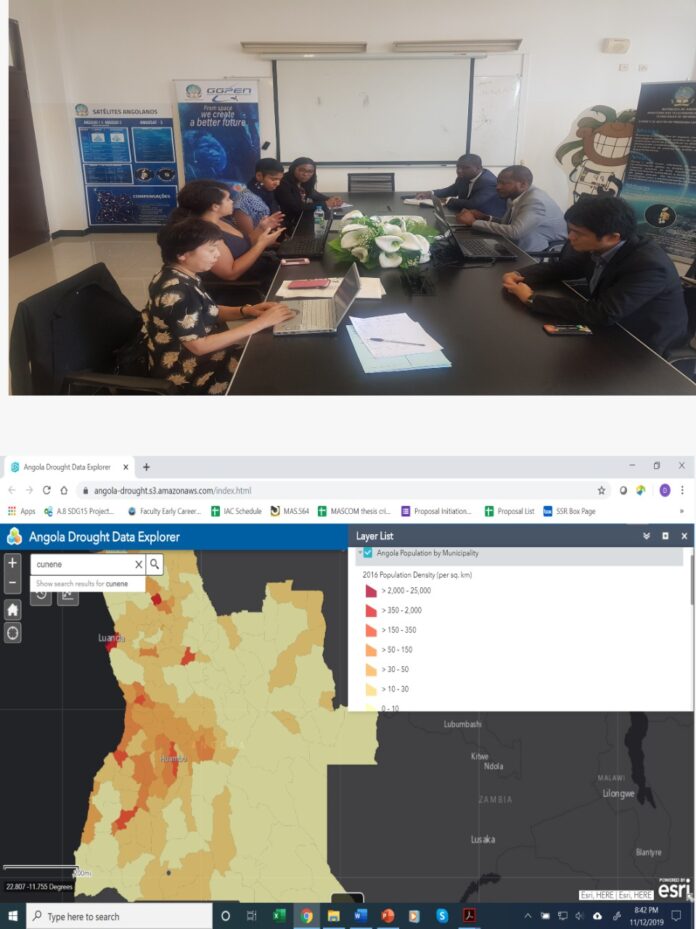 According to data from the Emergency Program to Combat Drought in Southern Angola, it is estimated that 1.3 million people are affected by the drought events in the provinces of Cunene, Namibe, Huíla and Cuando Cubango.

To support the Angolan Government in mitigating the effect of drought in the country, the Ministry of Telecommunications, Information Technologies and Social Communication (MINTTICS), through the Management Office of the National Space Program (GGPEN), launched a research project which seeks to acquire data for drought monitoring and water management in Angola, leveraging satellite data mining system.

Consequently, researchers from the Massachusetts Institute of Technology (MIT) and GGPEN will develop a “Drought Decision Support System” for Angola to enhance the country’s preparedness against drought events through the use of satellite data, thanks to a three-year, USD 550,000 grant from the National Aeronautics and Space Administration (NASA). The funding results from a request for support submitted by the Dr Danielle Wood, the director of the Space Enabled Research Group, MIT Media Lab.

Dr Danielle Woods obtained her PhD in aeronautical and aerospace engineering from MIT and has held various positions at NASA Headquarters. Dr Zolano João obtained his doctorate degree in Engineering Management from George Washington University and has been the General Director of GGPEN since 2014.

Supported by MINTTICS, GGPEN aims to promote the peaceful use of space, conduct strategic studies aimed at establishing cooperation agreements with technical and scientific institutions in the space domain, ensure the creation of national technological and human skills and the transfer of technology and know-how in Angola.