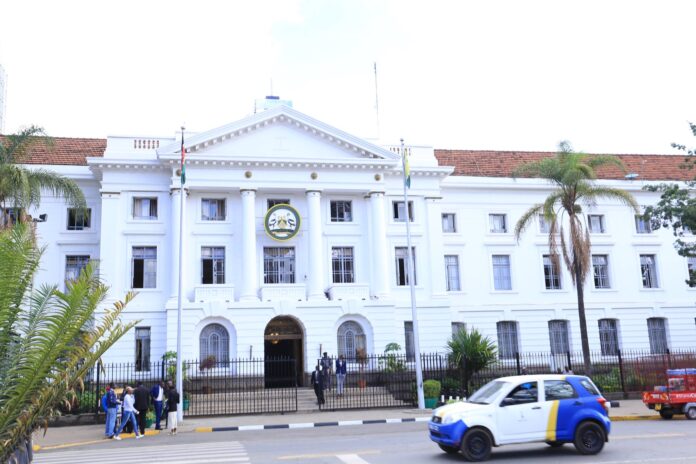 The Nairobi County government plans to use Geographic Information System (GIS) mapping to improve revenue collection and service delivery. Charles Kerich, a member of the County Executive Committee (CEC), made this known on Thursday.

Kerich, the land and urban planning executive on the CEC, said the GIS system has been set up but needs to be integrated with the revenue system and other key sectors before it goes live.

“When the satellite GIS mapping is active, we will most likely begin by integrating services that are most crucial like revenue collection”, Kerich said, adding that the county ran out of budget before it could integrate the system with data from other sectors.

This Kenya Governor is transforming his constituency using space technologies

The CEC member explained that when the GIS system is linked to the Kenya Revenue Authority (KRA), the County government will be able to identify defaulters.

“Many people in Nairobi will not pay their rates until you hold a rungu [a wooden throwing club] to their head”, Kerich said. “If they can avoid paying, they usually don’t pay, and that is why every year we keep running rates waiver on interest and penalties campaign. But with this system, we will come to your doorstep and tell you: you have not paid your rates”.

The system can also enhance revenue collection from outdoor advertising by mapping every billboard in the county. This will enable smart billing.

Besides revenue collection, the Nairobi County government also has challenges delivering non-revenue-generating services that are critical.

Education will not generate revenue, but it is a critical service, Kerich said. And with the system, the country can easily identify which primary schools don’t have Early Childhood Development Education (ECDE) centres.

“So, if you find that 20% [of the schools] don’t have ECDE centres, then you can make a plan in the next financial year, say, we will do the centres in the schools”, Kerich said.

The Nairobi county government can also use the GIS mapping system to decongest hospitals by identifying where new facilities need to be established to ease pressure on existing facilities.

The Nairobi county government won’t be the first to use space technology in addressing its challenges. Dr Wilber Ottichilo, the Governor of Vihiga County—an administrative region in Kenya’s former Western Province, whose capital is Mbale—already do. Since he was sworn in 2017, he has been using earth observation tools to transform the county. These tools are used in almost all sectors of the county government.

It is important to note that Clause 105(f) of the County Government Act 2012 requires all Kenyan counties to establish GIS-based database systems to provide data for the County Integrated Development Plan.