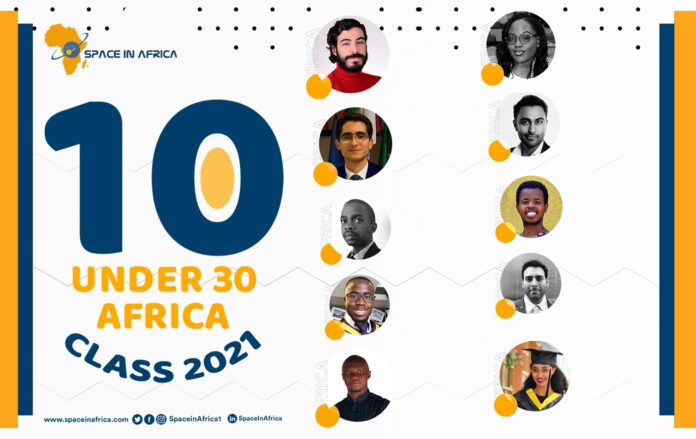 The space industry in Africa has recorded tremendous growth, which has led to the establishment of government agencies and research institutions. There is also an emergence of NewSpace companies across the continent focused on providing the required services to fuel the industry’s growth.

This exponential growth potential needs to be realised sustainably by capitalising on the continent’s people and abundant resources. Therefore, an essential part of the African space industry is the intellectual contribution of the people who work in it.

While the industry has many important pioneers, in recent times, the Africa space industry is enjoying significant contributions from young innovators, engineers, entrepreneurs, teachers and enthusiasts in other parts of the industry. In 2019, Space in Africa created the Top 10 under 30 awards to recognise the contributions of the sector’s top 10 young contributors who are in their youth.

In July, Space in Africa announced an open call inviting the public to nominate for the class of 2021. We received applications from 15 African countries within only 14 days of the open call. The selection involved a meticulous vetting process and grading by a team of five distinguished Judges drawn from five African countries.

The Judges are respected professionals across private and public institutions with vast experience and understanding of the African space industry.

Visit the exhibition webpage for the African Space Industry Top 10 Under-30 Awardees – Class of 2021. 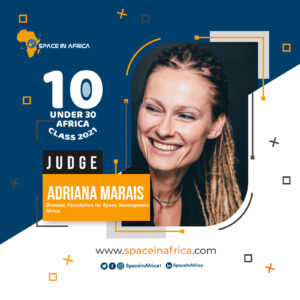 Dr Adriana Marais is the Founder of Proudly Human and Director at the Foundation for Space Development Africa. She is a Faculty Member at the Singularity University, as well as Duke Corporate Education, and the Chair for Space Science at Tod’Aérs, Transparent Organization for Aeronautics and Space Research. Adriana has a PhD in Quantum Biology. She was awarded a L’Oréal-UNESCO International Rising Talent Grant in 2015 and the Meiring Naude Medal by the Royal Society of South Africa in 2016 for her research in photosynthesis and the origins of the building blocks of life in space. She worked as Head of Innovation at SAP Africa until 2019, and in 2020 and was a Member of the South African 4th Industrial Revolution Ministerial Task Team.

CNN featured Dr Adriana Marais in 2021 as one of the Top 3 Women shaping the future of space exploration in Africa. In 2020, she was among five global finalists for Women in Tech’s Most Disruptive Woman in Tech Award. She is currently leading Proudly Human’s Off-World Project to demonstrate human resilience, sustainable technology and community spirit in the most extreme environments on the planet, from deserts in Africa, to under the Atlantic Ocean, all the way to Antarctica, to prepare for life on the Moon, Mars and beyond, as well as to develop solutions for those living in harsh conditions here on Earth. She was previously one of 100 astronaut finalists with the Mars One Project. 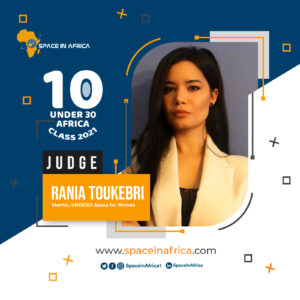 Rania Toukebri is a UNOOSA Space for Women Mentor and a space engineer working on designing, verifying, and integrating spacecrafts. She has been part of several European Space Agency projects for earth observation, planetary defence and space exploration. She is researching quantum technology and data security. She was one of the African space industry’s Top 10 under 30-  Class of 2019 and Top 3 for The TOYP (Ten Outstanding Young Persons) nominated by JCI Tunisia in 2021. Rania is also a Space Programs Manager and Space Strategy Consultant called for the implementation and the support of African space programs. She is the co-founder and COO of  OnaSpace (HumudaPlus) and regional coordinator for Africa in the Space Generation Advisory Council in support of the UN for space applications, and the Chief Executive Officer for Tod´aers to enhance international space research. Rania launched the African Space Education Program for capacity building in Africa. 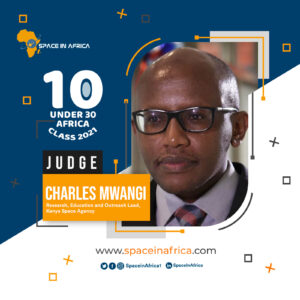 Charles Mwangi is the Research, Education and Outreach Lead at the Kenya Space Agency (KSA). He represents Kenya as an alternate member of the Programme Board of the Group on Earth Observation (GEO). He leads several projects at KSA, such as the ongoing project supported by Group on Earth Observation (GEO) using the Google Earth Engine platform to develop earth observation applications to monitor forests, urbanisation and floods. In addition, he is overseeing the implementation of the Research Chairs on Nanosatellite Development awarded to FIVE Kenyan Universities. 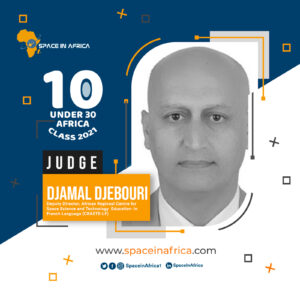 Djamal Djebouri is the  Deputy Director of African Regional Centre for Space Science and Technology  Education- in French Language (CRASTE-LF), affiliated to the United Nations, Rabat – Morocco and an expert on space technology and capacity building.  He worked as a project director with the  Algerian Space Agency (ASAL), a quality project manager at Satellite Development Centre (CDS/ASAL), is a permanent researcher at Space Techniques National Centre (CNTS), Algeria and an Associate Professor at the University of Sidi Bel Abbes, Algeria.  Dr Djamal has a Bachelor’s degree in Electronics and Industrial Control, a Master’s degree in Electronics and Signal Processing and a doctorate in Electronics, Signal and Telecommunications.

Djamal has headed and participated in many of Algeria’s space projects, including the AlSat-2 satellite project and has written several scientific papers on his field of study. 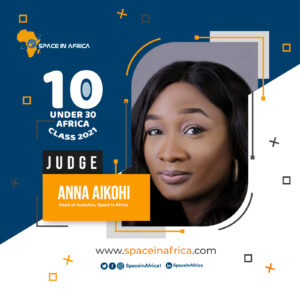 Anna Aikohi is the Head of Analytics of Ideal Space Technologies Limited, operator of Space in Africa. She has over five years of experience providing a wide range of business and market analysis services to various clients in various industry segments. Anna worked on the African Space Industry Annual Report 2021 editions and the NewSpace Africa Industry Report 2021 edition, which are among the most sought after reports regarding the African space and satellite industry.

Before joining Space in Africa, she worked at PricewaterhouseCoopers, where she led and conducted several strategic business and market analyses, assessments and forecast projects for clients in various industries.

South Africa’s SumbandilaSat Reaches the End of its Design Life