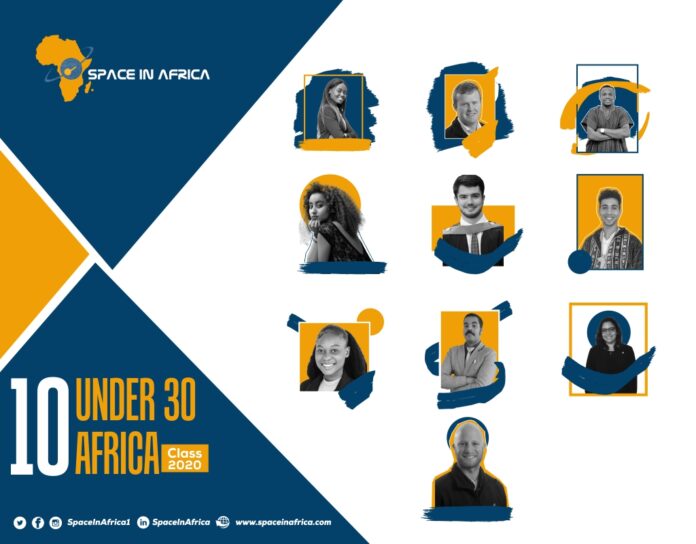 The Africa space industry is a colossus waiting to happen and the growth in the industry is a concentration of efforts from governments and private companies. These efforts have led to the establishment of agencies, corporations, institutions, researches, and many other defining qualities that continue to determine the speed at which the sector develops.
An important part of the Africa space industry is the intellectual contribution of the people who work in it.

While the industry has many important pioneers, in recent times, the Africa space industry is enjoying great contributions from young innovators, engineers, entrepreneurs, teachers and enthusiasts in other parts of the industry. In 2019, we made the Top 10 under 30 list to recognize the contributions of the sectors top 10 young contributors who are in their youth.

In July, we announced an open call inviting the public to make nominations for the class of 2020. We received over 100 entries and 31 unique nominations from 13 African countries within only 14 days of the open call. The selection involved a meticulous vetting process and grading by a team of five distinguished Judges drawn from five African countries.

The Judges are respected professionals across private and public institutions, with vast experience and understanding of the African space industry.

Visit the exhibition webpage for the African Space Industry Top 10 Under-30 Awardees – Class of 2020. 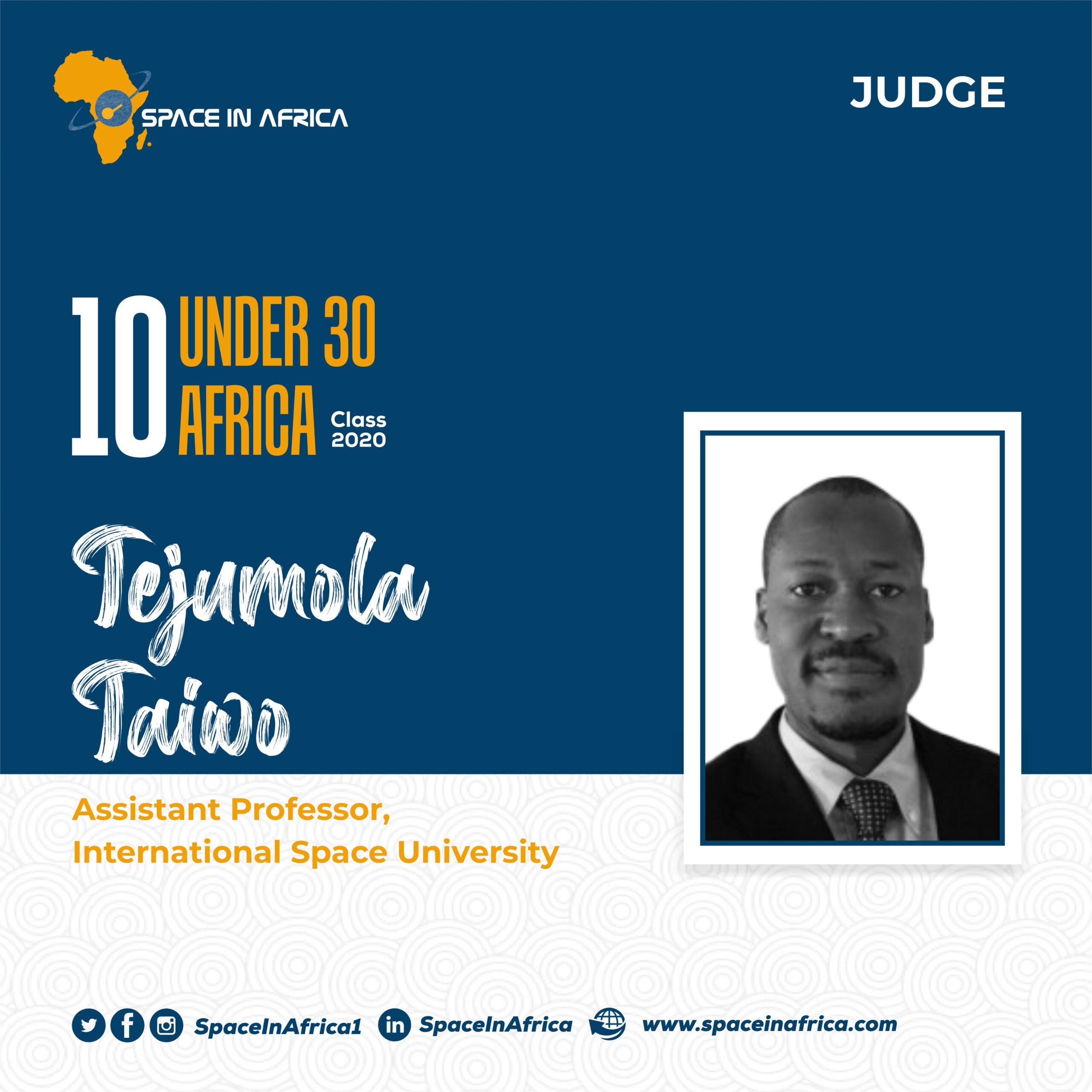 Tejumola Taiwo is an Assistant Professor at the International Space University. He is an experienced space systems Engineer with space industry experience coupled with excellent hands-on in real space projects as a payload Engineer and as the Lead Systems Engineer and Project Manager of the first Afro-Asian joint satellite project that led to the first constellation of 5 CubeSats designed, manufactured and operated by graduate students. He is skilled in project management, science, systems engineering, and vigorously pursuing diversity and inclusion in Engineering for the underrepresented. He has published several journals and in 2017, he won the Global Engineering Dean Council, Airbus Diversity Award in Engineering. 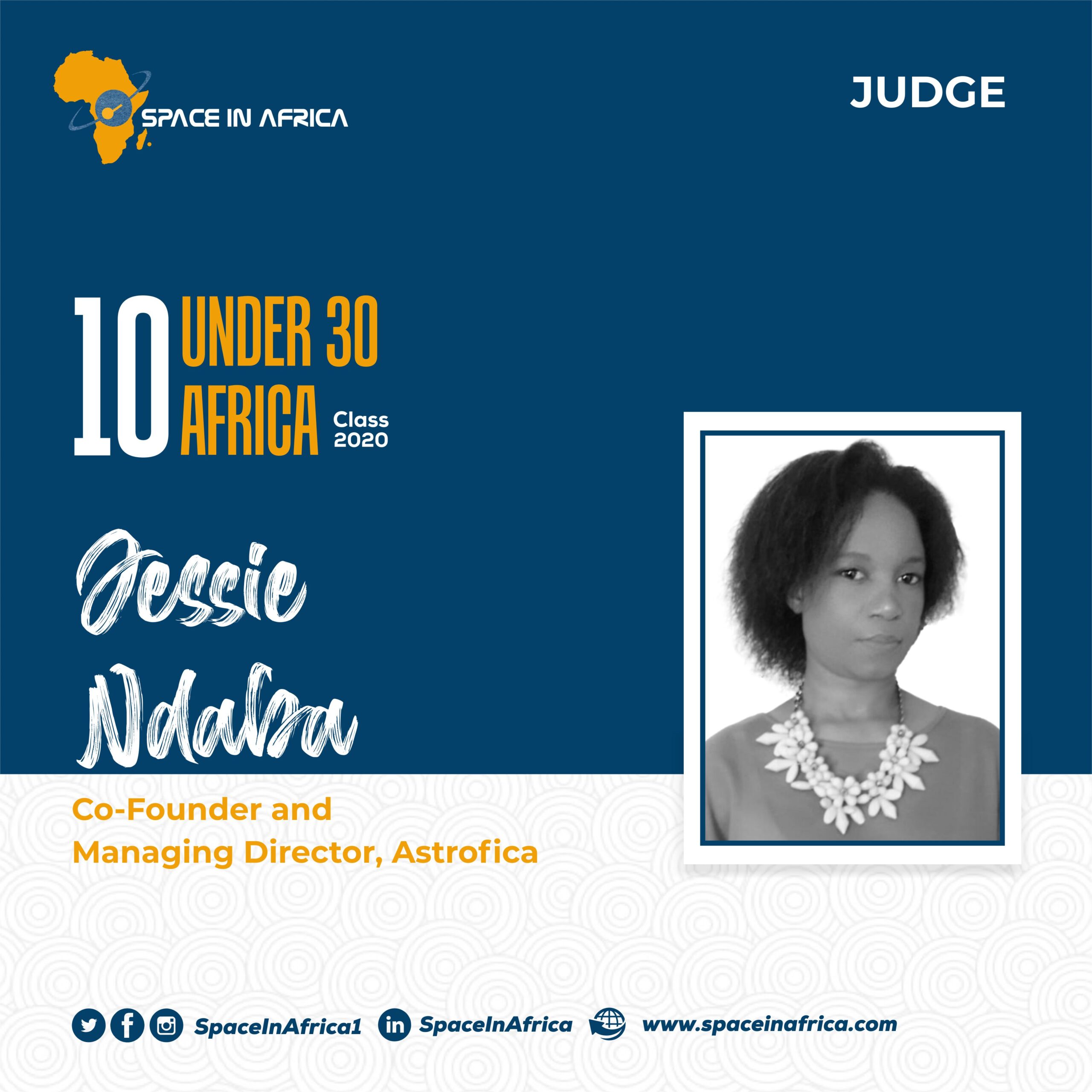 Jessie Ndaba, the Co-Founder and Managing Director of Astrofica, an engineering company providing solutions and services across high-technology sectors. She is an Alumnus of International Space University and has a degree in Electrical Engineering from the University of Witwatersrand, South Africa. 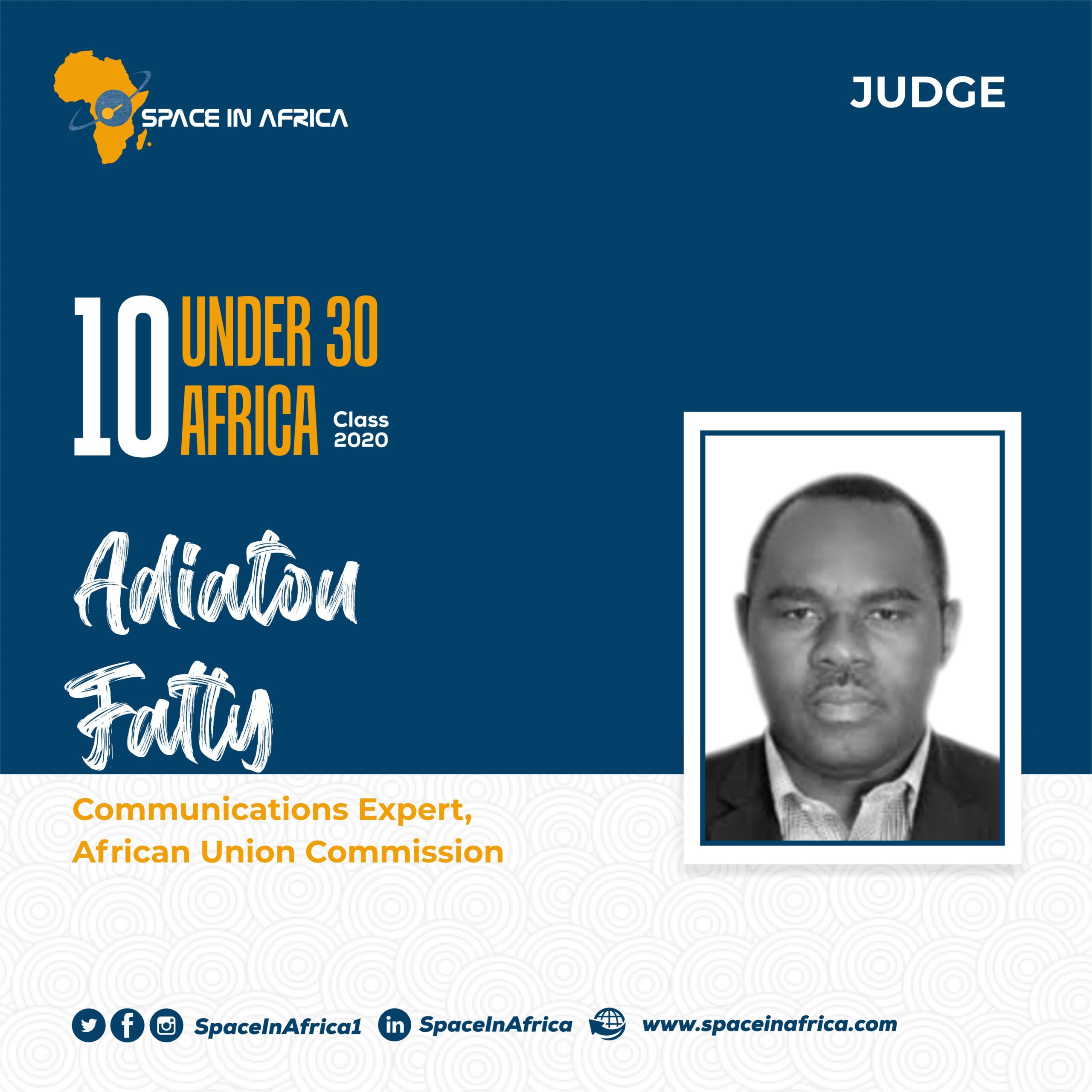 Adiatou Fatty, a Communications Expert at the African Union Commission in the Human Resources, Science and Technology (HRST) Department. He holds a Masters of Arts degree in Politics and International Relations from the University of Nottingham. 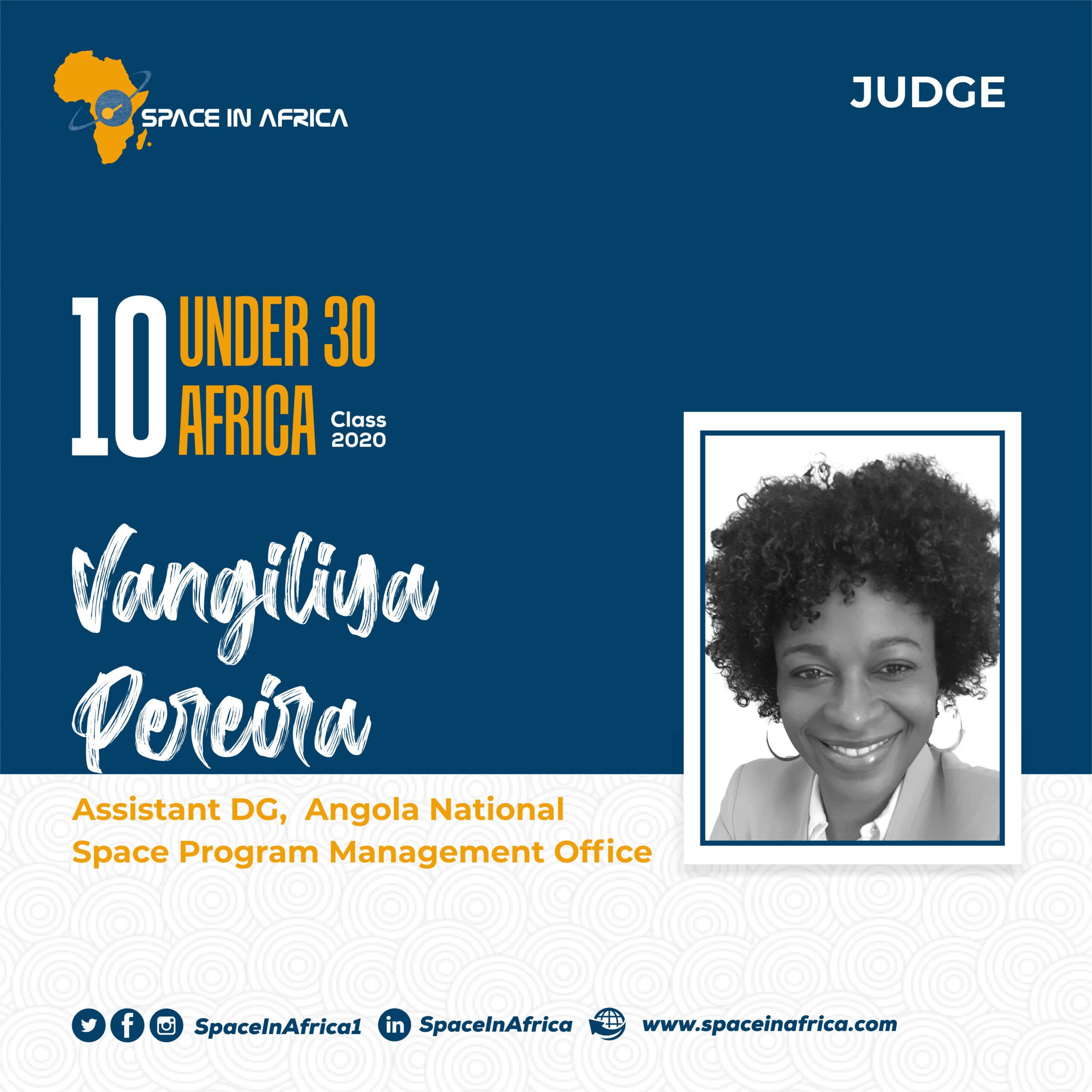 Vangiliya Pereira has been working with the Angolan Ministry of Telecommunications and Information Technologies since 2011 and as a consultant to the Secretary of State for Telecommunications from March 2011 to 2014 on issues related to Digital TV and the Angosat Project. In July 2018, she began the role of Deputy Director-General for the Technical and Scientific Area of ​​the Angolan Management Office for the National Space Program (GGPEN). She holds a degree in Electronics and Telecommunications Engineering from the University of Bradford in England, UK and a Master of Science degree in mobile and Satellite Communication from the University of Glamorgan in Wales, in the United Kingdom. She is Specialized in design, architecture and operation principles of satellite and certified by the Russian Space Agency as an operator of satellites, having previously exercised the function of Shift Flight Director for the Angolan Satellite Mission Control Centre. She is also certified by UNISEC in design and Assembly of small satellites (HeptaSats) and has also been actively engaged in the SADC satellite shared network committee. 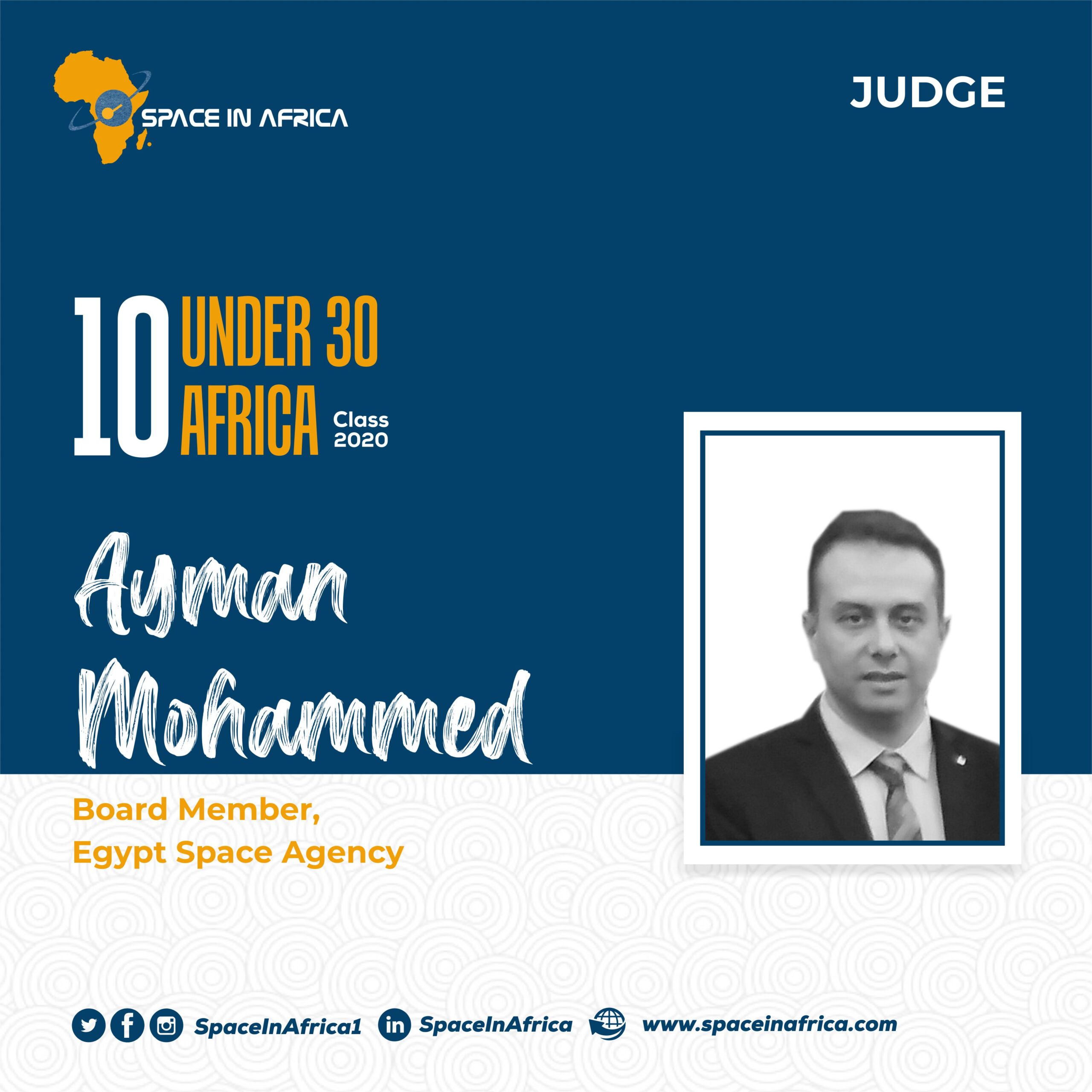 Ayman Mohammed, who has been working in the Egyptian space program for 18 years and holds an MBA from ESLSCA, France and a PhD in Communications Engineering. He was the head of the research team that developed the Egyptian-made Nanosatellite satellite in 2018 and has a Patent in the field of improving the performance of electronic systems in the space environment. He was a member of the African union space Working Group on the Development of the African Space Policy and Strategy – African Union 2013-2017 and the North Africa Coordinator for Earth observation Group- Afrigeo 2014-2017. He is a member of Board of Directors at Egyptian Space Agency.