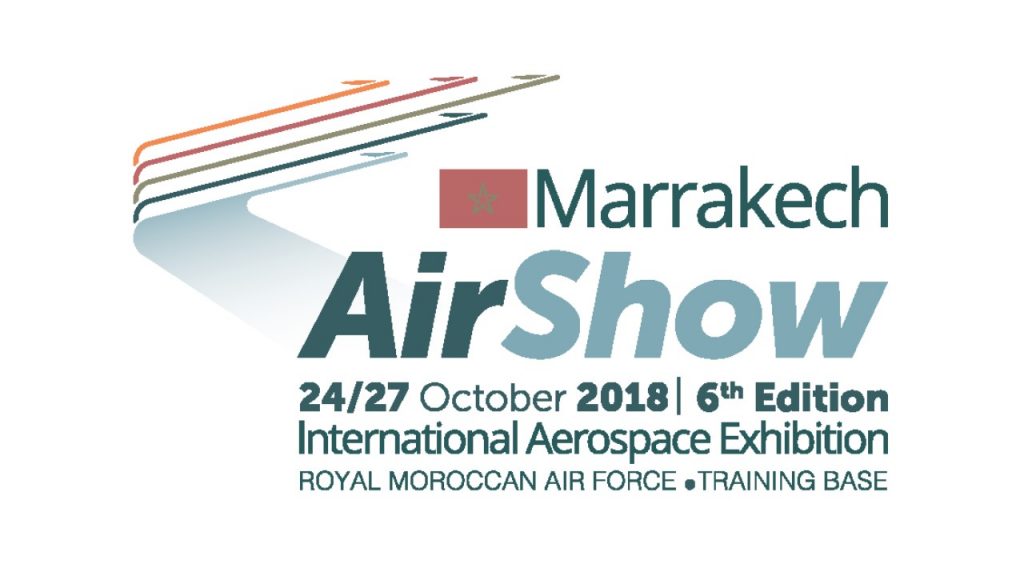 The sixth edition of the Marrakech Air Show, the largest African civil and military aviation event, will be held in Marrakesh between 24th and 27th of October at the Royal Air Force military base in Marrakesh.

The event will be attended by 200 exhibitors and 100 official delegations from more than 80 countries. More than 50,000 visitors are expected. This edition will be preceded by the symposium of African Air Force Chiefs of Staff between 21st and 23rd of October.

Under the High Patronage of His Majesty King Mohammed VI, the 6th edition of this international Air Show, Marrakech Air Show, is organised in joint-partnership with the National Defence Administration and the support of the Royal Air Forces, the Ministry of Industry, Investment Trade and the Digital Economy, the National Office of Airports and the Groupement des Industries Marocaines Aéronautique et Spatiales (GIMA S).

Moulay Hafid Elalamy, Minister of Industry, Investment Trade and the Digital Economy, stressed on the fact that “the exhibition will showcase the progress of the Kingdom’s aerospace industry, which is due to the Enlightened Vision of His Majesty the King, which has been projected as a vehicle for accomplishing the objectives of the major aerospace contractors”. Since the launch of aeronautical ecosystems, under the Industrial Acceleration Plan, substantial results have been achieved with sector revenue growing by 22% this year, employment increasing by 55% and industrial growth forecasting by 20% per year over the next 5 years”.

Organised for the first time in 2008, the Marrakech Air Show celebrates its first decade this year and is establishing itself as the meeting place for the civil and military aerospace industry on African soil.

Covering an area more than 120,000 sqm, the show hosts 2,500 sqm of business chalets and 100 aircraft and drones, as well as the major operators in the sector such as Airbus, Bell Helicopter, Dassaut, and Lockheed Martin.

Between October 24th and 26th , the exhibition is exclusively open to professionals who will have access to thematic areas allowing them, through conferences, demonstrations, static and dynamic presentations to get an insight of the developments in the sector. Thus, the show promotes investment opportunities in this sector in Africa while consolidating the latest initiatives of aircraft manufacturers and equipment manufacturers. On Saturday, October 27th , the show will open its doors to the public. It will be an opportunity to discover the demonstrations of flying engines but also to attend an air show that will light up the sky of Marrakech for two hours.

Africa at the very heart of the Marrakech Air Show

Aware of the increased interest of the international aeronautics and space sector in Africa, the exhibition organisers aim to make it a unique opportunity for B-to-B meetings between participants and international manufacturers in the sector.

Moreover, the 2018 edition of the Marrakech Air Show will be preceded by a symposium of African Air Force Chiefs of Staff between 21st to 23rd of October. This symposium will be organised by the US Air Force Command in Europe and Africa, in collaboration with the Royal Air Forces. This major event will bring together more than a hundred heads of defense and high ranking military air force personnel from more than 40 African countries. This will provide African countries with an opportunity to discuss national and regional security challenges and develop multilateral cooperation.