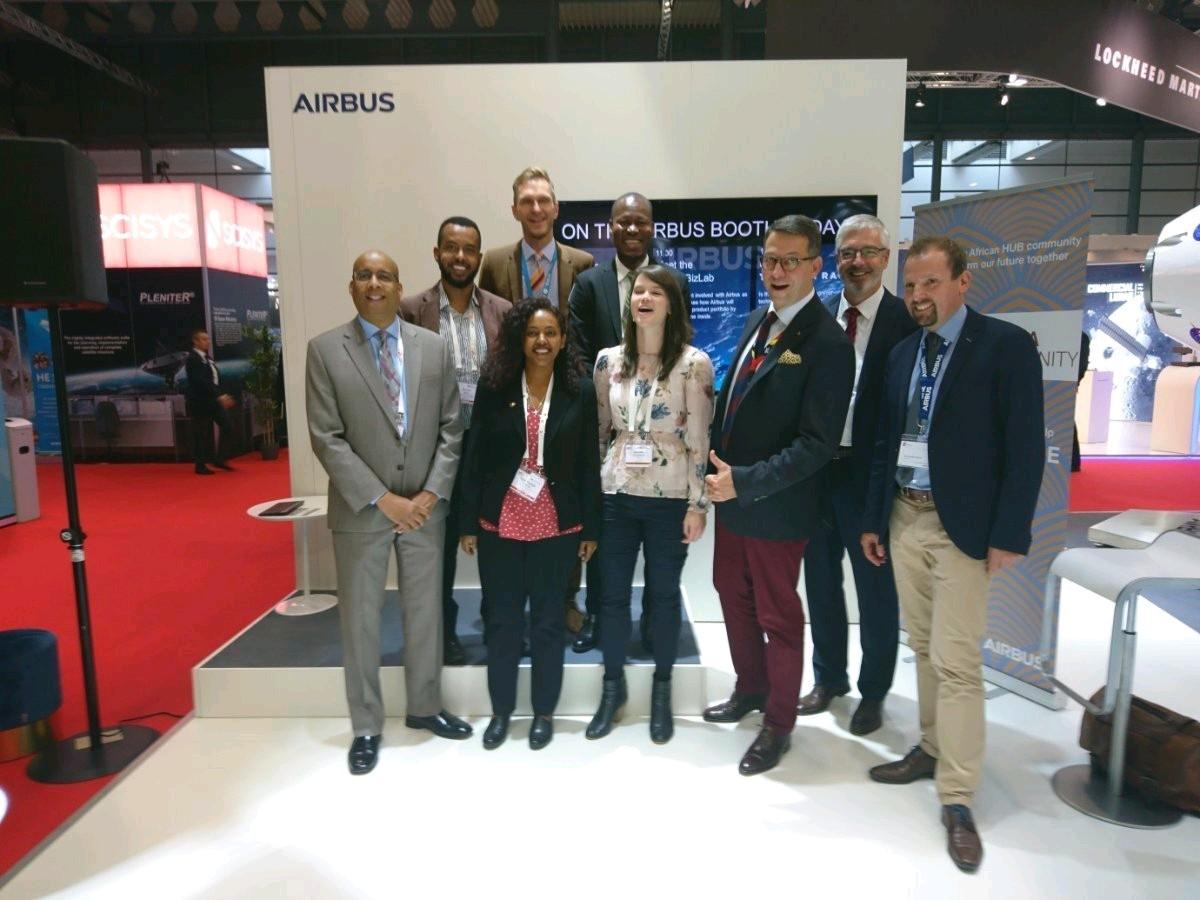 The International Astronautical Congress (IAC), held in October 1 – 5, 2018 in Bremen, Germany, opened the doors for a historic New Space event – one focused on space entrepreneurship on the African continent.. This panel was hosted by Airbus and moderated by NanoRacks’ VP of Business Development & Strategy, Allen Herbert.

In its 69th year of existence, IAC Bremen featured for the first-time representatives from Nigeria, Ethiopia, South Africa, and Somalia, welcoming the emerging African private sector in the space industry and new space entrepreneurial leaders.

What emerged was the following:

The momentum for space advancement in Africa appears to come from individuals at the university and private sector level. With the young professionals leading the way.

At the #NewSpaceAfrica event, two emerging South African companies, Simera Sense and NewSpace Systems, provided pitches which led to robust discussions. The organizing committee hopes that this session will grow to become an IAC staple, leading into the IAC 2019 which will take place in Washington, DC.

IAC 2019 provides the opportunity for the African space industry to learn from the leadership of entrepreneurial inspired companies, such as NanoRacks, Blue Origin, Rocket Lab, One Web, Virgin Orbit, and many more.  The accumulation of the forerunners of space entrepreneurship will lead to even more meaningful conversation.  These firms represent the companies paving the way for other space entrepreneurs in both in the United States and around the world.

There is a movement led by the young people in Africa to have an interpluvial space environment that is supported by governments, as well as regional and continental-wide African organizations.  But this is preceded by innovation that is taking place in other technology sectors with hubs popping up all over the continent.  We are only now in the beginning stages of the space sector hub development on the continent.

#NewsSpaceAfrica provides a conduit for all to send and identify what is occurring in the space sector on the African continent. This movement is far more than a hashtag- but we all know hashtags can blossom into something big and start change. Look at what they have done in America and around the world. Hashtags start movements and spur activity!

Starting from this event, there will come a very strong African contingent of the most creative and resourceful people in the world to participate in the space sector.

The future is bright and alive with positive conversation that will lead to the leapfrogging of space technology development and innovation becoming the domain in Africa’s emerging space companies.

The advent of space development and entrepreneurship is a movement with momentum that will continue to grow as Africa’s creativity and investments move to the space sector.

The African representatives that attended the IAC and those back in Africa are the seeds that will be the impetuous of African astronauts, Space Stations and modules circling the earth, as well as an African Moon and Mars facilities for research, development, and entrepreneurial advancement.

The future of space and technological innovation in Africa is here, real and advancing now.

Allen Herbert is Vice President of Business Development and Strategy for NanoRacks, LLC. He handles Africa, the Middle East, as well as, special projects.

Marrakech gears up for the sixth edition of the Marrakech Air...

Highlights Of The AfricaGIS Conference 2019 In Rwanda