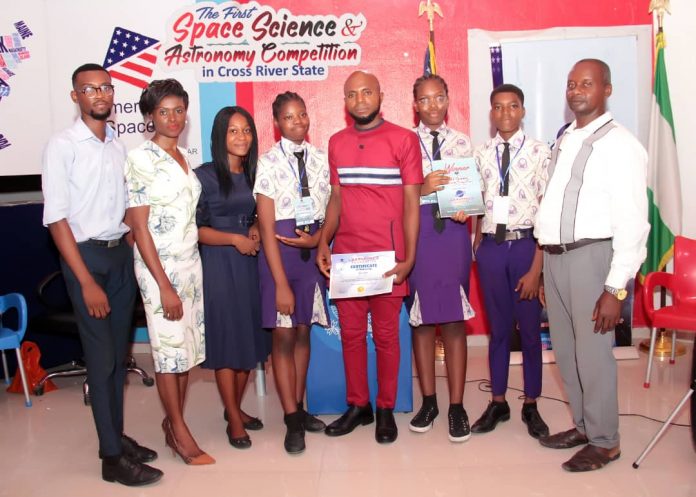 On Friday, 6th March 2020, at the Women Development Center Calabar, the Learnspace Foundation, a non-governmental organization registered under the Corporate Affairs Commission (CAC) of Nigeria, hosted the 1st Space Science and Astronomy competition in Cross River State in Nigeria, the theme being: The benefits of space science and astronomy education in Nigeria. ” The competition was open to students in secondary schools in Calabar.

The President of the Foundation Nelly-Helen Ebruka explained that the Foundation is dedicated to promoting and increasing knowledge and interest in Space through space education in Africa. The Foundation also aims to create opportunities for African students to take an active part in the Space industry.

Participating schools partook in a quiz, poetry and public speaking competition. The quiz segment was open to a total of three participants from each school with Lourdes Academy emerging as the winners, St. Patrick’s College was the 1st runners up and Hillcrest secondary school placed as the 2nd runners up. These positions were not only determined by their participation in the quiz but also by the cumulative scores obtained during the public speaking portion of the competition. 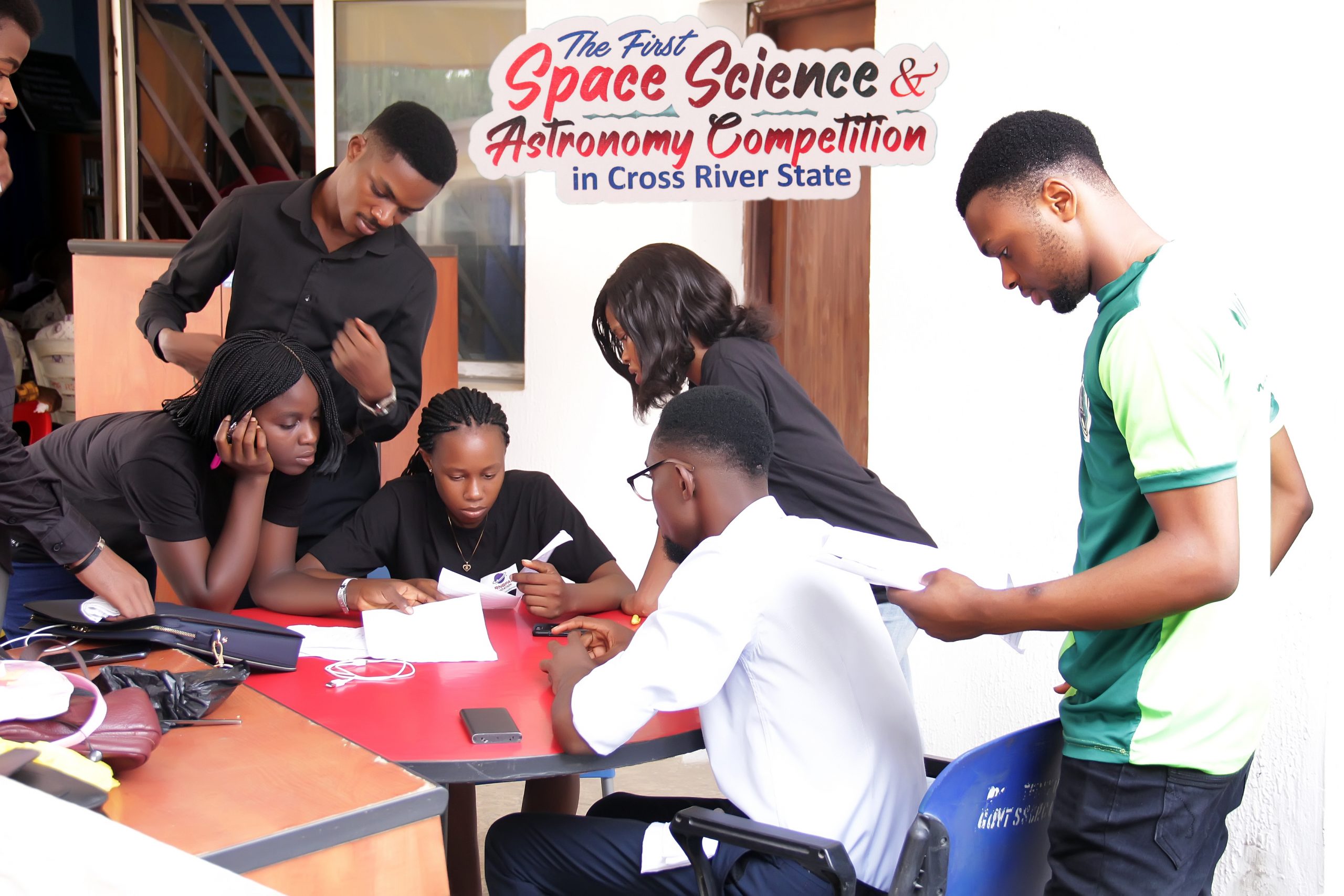 The poetry competition entitled ”If I Could Walk On The Moon”, was open to only female students, with each school entitled to one participant. All participating schools submitted their written poems and the too 3 we’re selected to compete orally. The poem presentations, we’re judged by Mr Augustine Ushie, a co-trustee and founder of the foundation, along with a panel of judges. Miss Agan Grace Ripeh from Lourdes Academy was recognized as the winner; Miss Precious Ali from Federal Airport Authority of Nigeria Secondary School secured the 1st runner up position, while Miss Rosseta Tegan from Christian High School placed as 2nd runner up.

The Competition prizes included plaques, participation certificates, writing materials and cash prizes; the Coaches, Institutions and all participating students were also presented with certificates of participation by a representative of the Director of Schools, Ministry of Education, Cross River State.

The Competition also hosted a lecture segment on the theme of the Competition: “The benefits of space science and astronomy education in Nigeria”. Papers were presented by Mrs Iroka Chidinma Joy, the Chief Engineer, Engineering and Space Systems Division of the National Space Research and Development Agency (NASRDA) and by Ms Anne Agi.

The Competition was a huge success and the spirit of enthusiasm exhibited by the team and all volunteers was infectious. When Space in Africa spoke to a few of the trustees and volunteers, they expressed delight at being a part of history. Mr Timothy Ogar, head of the Quiz Faculty, stated that he was impressed by the students as it was clear that they studied for the Competition and were knowledgeable on space history and surrounding affairs. He maintained that it was obvious that the aim of the competition had been achieved.

President of the Foundation, Ms Nelly-Helen Ebruka assured that the Competition will be held annually as the Foundation believes that Space education is essential to the development of the society. She sincerely thanked the Foundation’s team of volunteers.

Following this event, Space in Africa spoke to Ms Nelly-Helen Ebruka, the Founding President, to learn more about the Foundation.

What is the LearnSpace Foundation?

LSF is a non-governmental and non-profit organization registered under the Corporate Affairs Commission Of Nigeria with interest in Space science and Astronomy Education across Africa for the benefit of the community and desired growth of Africa.

When and why was it established?

It was established in November 2019 after the Team representing Africa at the Manfred Lachs Competition returned from the competition in Washington D.C. Members of the Team came together and agreed to form a Foundation committed to training future leaders all around Nigeria and Africa to become global players in the space industry and to make a positive impact in the society.

Who is the team behind the establishment of the Foundation?

What are the main objectives of the Foundation?

Our first goal is to become a pan-African organization dedicated to increasing space exploration, innovation and technology on the continent through space science and astronomy education. Secondly to develop an enabling environment for the advancement of STEM and space education and industry in Africa.

What message do you have to women as the president of the Foundation?

The international women’s day was recently celebrated globally and it was a period to reflect on the remarkable achievements of women who dared, who gave, who lived for others. In my opinion, young women in STEAM should dedicate more time and energy in developing themselves professionally and personally. The goal should be excellence and nothing short of it. I understand that certain stereotypes about women still exist, in this age however, gender becomes irrelevant if you create the value and make the impact the world needs.

With regards to their prospective activities, the Foundation is open to partnerships, collaborations and sponsorship. With their level of enthusiasm and engagement, support from major stakeholders and players in the space industry and the general community would stimulate an interest in space education not only in Nigeria but the entire continent. Such initiatives have a direct bearing on the human capital development of the future African Space industry and the work of the LearnSpace Foundation is highly commended.