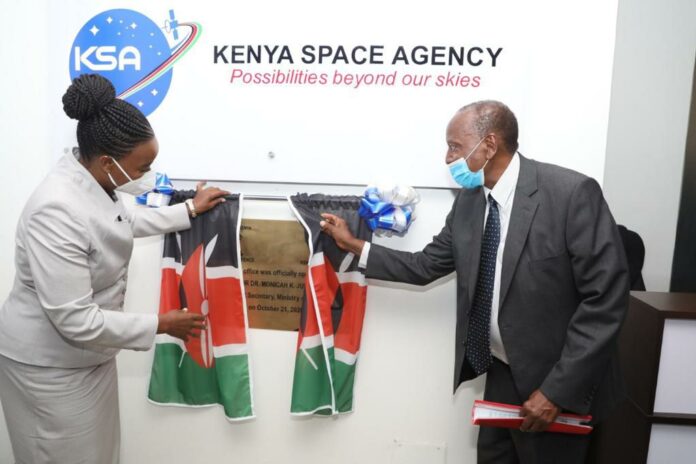 The Chairperson of the Kenya Space Agency Board (KSAB), James Aruasa, has said the country would be launching a series of mini-satellites and rockets from the Luigi Broglio Space Centre near Malindi, a town in southeastern Kenya. He made this known during a high-level stakeholder forum in Nairobi on Thursday.

Aruasa said the mini-satellites and rockets were scheduled to launch earlier this year, but the coronavirus pandemic disrupted that plan. Nine professors were supposed to travel from Italy to Kenya to witness the launch, “unfortunately, when they tested for COVID-19, seven of them were found positive, which made it impossible for them to travel. As a result, we had to postpone the launch to August”, Aruasa said.

Despite the disruption of the initial plan, The Star reported that the Kenya Space Agency (KSA) continued its capacity building to ensure Kenyans can design and develop satellites and rockets.

“The nano-satellites will be launched to the space using high altitude balloons, but after modifications, they will be deployed at the Malindi facility”, Aruasa said.

The KSAB was established through a gazette notice released in March 2017. The Board has the responsibility of coordinating space-related activities, recommending national space policies, and establishing excellence centres in space science.

And both the Kenyan and Italian governments have an ownership agreement on the Malinda-based Luigi Broglio Space Centre established in 1966. It was formerly known as the San Marco platform.

Kenya initiated its space programme in 2012, and it is geographically well-positioned on the equator to launch satellites into the geostationary and other orbits.

However, the East African country didn’t launch its first satellite until 2018. The University of Nairobi (UoN) developed the first satellite, 1KUNS-PF, in collaboration with the University of Rome. The satellite was also the first cubesat deployed from the KiboCUBE programme. The UoN had become the first beneficiary of KiboCUBE in 2016. KiboCUBE is a joint programme managed by the United Nations Office of Outer Space Affairs and the Japan Aerospace Exploration Agency.

Aruasa noted that since the 2018 launch, the KSA has not been able to do much because it has been working round the clock to synergies available data.

“The challenge we have is that we have a sector that is disjointed, and we are trying to create synergy and centralise data”, Aruasa said. “We also have data that various stakeholders are using, yet others are not aware of it, thus creating a lot of duplication”.

He said there is also not enough infrastructure to allow more establishment. “At the Malindi facility, for instance, we have acquired more land to build an observation centre with partners like the Italian government. This will play a key role in capacity rebuilding,” he said. “As a result, the Agency has formulated chairs in various universities who guide the students to design and develop the nano-satellites”.

“Though we have not been able to launch our own satellites for a long time, we do satellite and rocket tracing for organisations like NASA at a fee from the same Malindi facility,” Aruasa concluded.

The Defense Cabinet Secretary, Monica Juma, was also present at the high-level stakeholder meeting held in Nairobi on Thursday.

She noted that Kenya is yet to derive optimal benefits from the exploration and use of outer space.

Hence, she has directed the KSA to be convening an annual workshop named the “Kenya Space Week”. The annual workshop objective is to bring together local, regional and international space players, both from the public and the private sector. She believes this will enable the country to regularly take stock of its progress locally and create an opportunity for stakeholders to showcase their projects and initiatives.

“It will also strengthen linkages and networks that nurture and grow the local space sector”, she said.