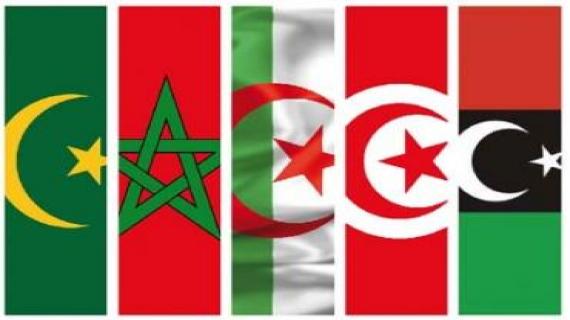 Divided we fall, united we stand! This applies to the Maghreb countries which are currently wallowing in and bitterly grappling with various political, social and economic problems, yet tenaciously refusing to stand united.

The Maghreb is a major region of North Africa that consists primarily of the countries Algeria, Morocco, Tunisia, Libya and Mauritania. It additionally includes the disputed territories of Western Sahara (mostly controlled by Morocco) and the cities of Melilla and Ceuta (both controlled by Spain and claimed by Morocco). As of 2017, the region has a population of over 100 million people.

In an article published by the World Economy Forum; the Maghreb Union is one of the world’s worst-performing trading blocs although several recommendations have been given to turn this around. Currently, only the most basic level of cooperation exists between the region’s five countries – Algeria, Libya, Mauritania, Morocco and Tunisia – despite the fact that the Maghreb Arab Union was created more than 25 years ago with the aim of building a powerful economic bloc in the region.

The Maghreb Union has been unable to achieve tangible progress on its goals due to deep economic and political disagreements between Morocco and Algeria regarding, among others, the issue of Western Sahara and No high-level meetings have taken place since 3 July 2008.

Since politics is dividing the North African Nations – Maybe Space can Unite them!

There is a lot of space activities going on in the Maghreb region – Algeria has one of the biggest space agencies in Africa having launched 6 satellites up to date. Morocco on the other hand has launched 2 satellites into space the latest of which is the Mohammed VI-A satellite which is reportedly offering considerable and unprecedented advances to Morocco in its deep-rooted regional rivalry with Algiers. In April 2018, China’s Beidou Satellite Navigation System, the China-Arab Beidou Center, opened its first overseas center in Tunis, the capital city of Tunisia.

While a Maghreb Space Agency might not solve the political problem in the region, it could lead to significant growth in the region. The exchange of information at the highest level will create a safer region, thus attracting more foreign direct investment and more tourists. The region’s backyard is too messy for the five countries not to cooperate in order to solve their socio-economic problems. Investors are looking for political stability and security, and the cost of a lack of intra-regional cooperation is simply too high.

It is clear that space science and technology is an important tool for ensuring the sustainable use of natural resources and the creation of high-technology industrial sectors. Furthermore, it makes a considerable contribution to the creation of enabling environments for addressing a wide range of pressing challenges, including the need to create jobs, reduce poverty, manage resources sustainably, and develop rural areas. A formal space sector will assist the Maghreb region to realize the vision of a peaceful, united, and prosperous continent.

With the great potential in the North African region of Maghreb – there is no limitation to what they can achieve if they come together!

Why is France the Biggest Recipient of Satellite Contracts from Africa?

The Lisbon Manifesto on EO for Africa and Europe; Excerpts