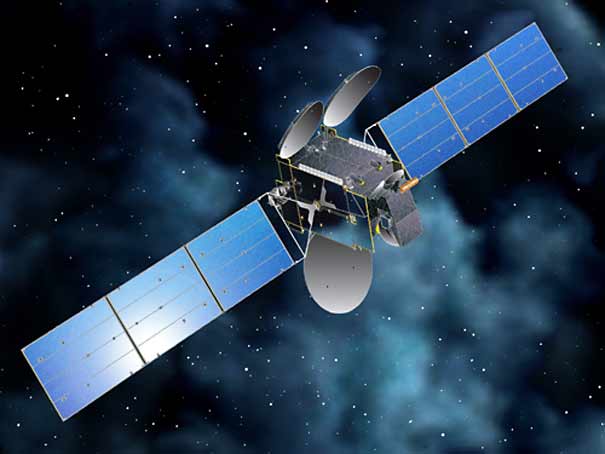 New York-listed Intelsat, which provides connectivity services for MultiChoice, MTN and Vodacom among others, plans to send another three satellites into orbit in coming months — one of which will provide broadband services for corporate networks in Africa.

Like its peers, Luxembourg-based Intelsat is replacing the older satellites in its fleet with modern “high-throughput” versions that provide better capacity at lower costs.

Elon Musk’s SpaceX launched the Intelsat 35e satellite into space a year ago with its Falcon 9 rocket (albeit on the third liftoff attempt). But Intelsat will use the services of France’s Arianespace to send up its new Horizons-3e and Intelsat 38 units later in 2018, followed by Intelsat 39 next year.

The company says Intelsat 38 will let broadcasters in the Asia Pacific and Europe regions expand their direct-to-home (DTH) services while also providing broadband connectivity for corporate network services in Africa.

These communications satellites aren’t exactly light. The Boeing-built unit Musk sent into orbit weighed as much as 6.8t, SpaceX’s heaviest payload at the time.

Over the past two years, Intelsat has launched three high-throughput satellites that cover Africa. These provide broadband connectivity to fixed and mobile network operators in the region, and also service the maritime, aerospace and media industries (including MultiChoice).

“We really see opportunities across the board in both broadband connectivity, as well as content distribution [in Africa],” says Brian Jakins, Intelsat’s Johannesburg-based vice-president for sales in the region.

However, competition above Africa’s skies is growing.

“In the past four years, a number of providers of commercial satellite services, selling traditional and high-throughput capacity, entered the African market,” Intelsat’s annual report says.

Together with more competition from the fibre industry, both segments have faced “significant price reductions” for fixed and mobile data networking applications. Intelsat, which generates 14% of its revenue from Africa and the Middle East, says contracts are being renewed at lower prices.

Nevertheless, in the first quarter of 2018 the company signed a contract with Vodacom Business Nigeria for satellite services that will grow Vodacom’s enterprise broadband networks.

Using the satellite that Musk launched, Vodacom Business Nigeria will be able to deliver “fast, reliable broadband connectivity to the banking, oil and gas and enterprise sectors throughout West Africa”, Intelsat says.

Also in the first quarter, Naspers’s MultiChoice signed a multiyear renewal contract for satellite services on Intelsat 33e, launched in 2016.

As demand for broadband soars and internet penetration increases in Africa, Jakins sees the satellite industry playing a bigger role in providing back-haul services for 2G, 3G and 4G networks, “and, down the road, [for] 5G”.

“The opportunity for mobile operators is huge in Africa. More than 400m potential subscribers are unconnected and mobile networks may be the only medium that can reach them,” he says.

Pan-African operator MTN expects its total customer base to rise to 300m over the next three to four years, from 217m at the end of December 2017. CEO Rob Shuter expects the group’s data-subscriber base to nearly triple over the same period, to 200m customers.

Jakins says improvements in space and ground satellite technologies could “considerably improve the profitability of cellular networks — transforming the business model from a capex-heavy to a flexible opex-driven model and making it profitable to extend to rural and remote areas”.

Mobile network operators tend to focus their tower-construction efforts on more densely populated and profitable urban areas before pushing outside of cities.

“From a media perspective, the continued migration from analogue to digital television is an area where we continue to help media companies across the continent,” Jakins says. “We’re working closely with some of SA’s leading DTH providers and broadcasters to accelerate the migration.”

SA is years behind global standards in its migration to digital broadcasting.

This has frustrated mobile network operators as the delay has hindered the rollout of spectrum.

Satellite communications are likely to “play an important role” in the connectivity and autonomy of intelligent cars by delivering software updates and machine-to-machine communications.

“There isn’t enough bandwidth today to solve the global appetite for more broadband.”

Why China decided to fund EgyptSAT-A