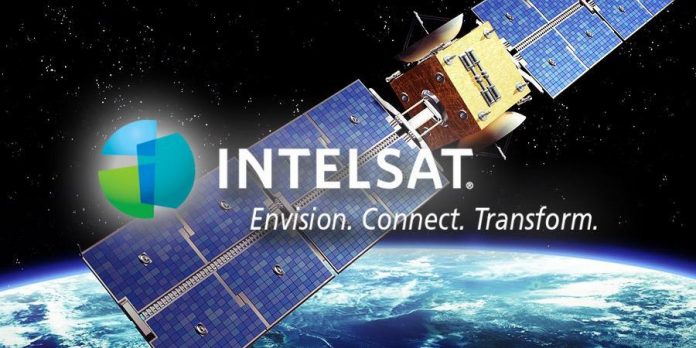 In October 2018, Intelsat made a strategic investment in AMN to accelerate the adoption of mobile connectivity in the region and close the digital divide. This month, they have announced an incredible milestone with Africa Mobile Networks (AMN) – connecting the 1,000th remote site and bringing access to 3.5 million people in sub-Saharan Africa.

By the end of 2019, over 500 remote sites in Africa had AMN’s affordable, solar-powered mobile connectivity solution – powered by over two dozen Intelsat satellites positioned over the continent, and were providing fast, reliable mobile connectivity to people in remote communities.

This month, AMN hit the 1,000th site mark. Their low-cost, easy-to-deploy, mobile connectivity solution can be set up and completely operational in less than six hours. Averaging around 10 base station installations a day across 10 African countries, AMN is on track to connect a total of around 12 million Africans by this time next year.

As Jean-Philippe Gillet, the General Manager of Intelsat’s Networks business put it, “Bringing mobile connectivity to the most rural parts of Africa requires hybrid networks and innovative business models to truly close the business case. Our work with AMN highlights how we can rapidly, and cost-effectively, expand an MNO’s reach and deliver critical connectivity to communities who many previously thought were impossible to connect. We look forward to continuing our work with AMN to deliver a network that will support the social and economic development of communities throughout sub-Saharan Africa.”

Sub-Saharan Africa is one of the most difficult and challenging regions of the world to connect because of its geographic complexities and number of remote communities. AMN’s innovative mobile solution, coupled with the scale of Intelsat’s integrated land-space network, helped us find a way to overcome these obstacles.

Since its founding in 1964, Intelsat has been committed to connecting people around the world and doing our part to close the digital divide. For us, it’s more than just good business, it’s the right thing to do like a good global citizen.

Intelsat S.A. (NYSE: I) operates the world’s first Globalized Network, delivering high-quality, cost-effective video and broadband services anywhere in the world. Intelsat’s Globalized Network combines the world’s largest satellite backbone with terrestrial infrastructure, managed services and an open, interoperable architecture to enable customers to drive revenue and reach through a new generation of network services. Thousands of organizations serving billions of people worldwide rely on Intelsat to provide ubiquitous broadband connectivity, multi-format video broadcasting, secure satellite communications and seamless mobility services. The result is an entirely new world, one that allows us to envision the impossible, connect without boundaries and transform how we live. For more information, visit www.intelsat.com.

AMN’s mission is to build mobile network base stations serving rural communities in sub-Saharan Africa which have no existing service, providing mobile network operators with a Capex-free route to add new subscribers and new revenues and with incremental costs. The vision of AMN is a fully-connected Africa, with no community of any significant size being without basic telecommunications services to deliver social, economic, educational and other benefits to the population. For more information contact AMN at info@africamobilenetworks.com