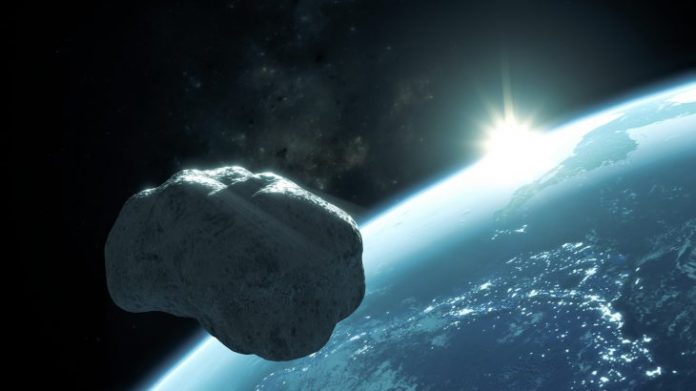 The International Astronomical Union (IAU) on Saturday, 21 September 2019, renamed a newly-discovered asteroid after the Egyptian scientist, Farouk El-Baz. The asteroid discovered by the National Aeronautics and Space Administration (NASA) was formerly known as 1978VA6.

The newly-discovered asteroid is the first asteroid in the sky named after an Egyptian.

The name launch by the World Astronomical Union of the United Nations was in recognition of Farouk El-Baz’s efforts in the area of space science and the role he played at NASA beginning with the Apollo project which focused on the exploration of the surface of the moon in the mid-sixties of the last Apollo Sios American – Russian Joint Trip and other of his outstanding scientific contributions, including the Apollo-Soyuz Test Project.

El-Baz was born on January 2, 1938, in the Nile Delta town of Zagazig, Sharkia governorate and earned a bachelor’s degree from Ain Shams University, Cairo at the age of 20. He studied geology, chemistry, biology and mathematics, and graduated in 1958. In 1961, he obtained a master’s degree in geology and a doctorate in 1964. He spent 18 months teaching at Heidelberg University in Germany. A return to the United States in 1967, saw him interview successfully for Bellcomm, a company which provided engineering support to NASA’s headquarters.

The geologist served in various capacities at the National Aeronautics and Space Administration(NASA) including as secretary of the Landing Site Selection Committee for the Apollo missions, principal investigator of Visual Observations and Photography and chairman of the Astronaut Training Group of the Apollo Photo Team from 1967 to 1972.

El-Baz is most renowned as the first geologist to analyse the moon’s surface from Earth, and for his role as part of the team that selected lunar sites for all six human landings on the moon in the Apollo missions of the sixties. His contributions also include the provision of maps and studies of the Moon’s geology.

South Africa To Complete Its Broadcasting Digital Migration (BDM) By 2021