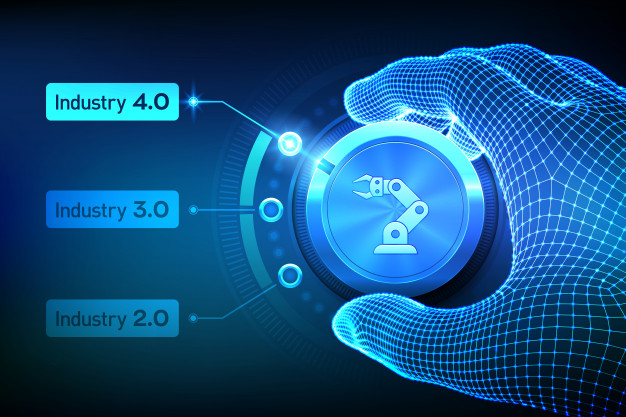 Science, technology, engineering and mathematics (STEM) education and space education are must-haves in the fourth industrial revolution (4IR). And Africa and African students don’t have to choose; they can have both.

Although the continent still lacks 21st-century infrastructures like ubiquitous broadband internet connection and access to technology, it can’t afford to lag in the 4IR. Concurrently advancing space science and STEM education is a good workaround for Africa to benefit from 4IR’s opportunities.

I had a chat with the co-founder of XinaBox, Judi Sandrock, to discuss how Africa can advance both space and 4IR skills. We also talked about how Africa can leapfrog the rest of the world in leveraging 4IR techniques and the plans for XinaBox. Hint: There’s an exit or funding deal in view. I’ve slightly edited the interview for length and clarity.

STEM describes the academic disciplines driving the 4IR and education policy or training programme focusing on these four domains. (However, there’s a new variant that includes the arts—STEAM.)

The 4IR, like the previous three industrial revolutions, is defined by its characteristics. According to the World Economic Forum founder Klaus Schwab, the fusion of technologies blurring the lines between physical, digital, and biological spheres characterise the 4IR. It also involves the increased use and adoption of technologies such as artificial intelligence (AI), cloud computing, robotics, 3D printing, the Internet of Things (IoT), and advanced wireless technology.

XinaBox (pronounced: X in a Box) is a six-year-old South African startup enabling a low-cost entry into IoT, AI, machine learning, and automation.

“In my recent conversations with some academics across the African continent, relating to the implementation of our XinaBox Space STEM Programme”, Judi said. “It’s as if a light comes on when they realise that we are covering both space and 4IR skills”.

XinaBox Space STEM Programme helps educators, including secondary schools and universities, combine STEM learning with physical computing experience for students from a young age. Recently, Intelsat announced a partnership with the South African NewSpace startup to provide scholarship to teenagers across the continent.

How is XinaBox providing Space STEM education?
What we found is that most space education programmes are extremely analogous. The hardware used is also very bulky and expensive. For instance, our full cubesat kit is $500, while the traditional market sells some kits for $5,000. Hence, building and launching a standard cubesat into orbit might cost between $60,000 and $70,000.

What we’ve done is: We’ve disrupted the space hardware industry. And we have been effective at it. We sell our kits to schools and universities around the world through our distributors. Even today [January 20, 2021], we’re dispatching 86 kits to students’ homes in the United States.

Students can build their engineering models and 3D-print a frame for their cubesats with our space stem programme. When it’s integrated into a satellite, we can add an aluminium frame. Otherwise, there are connectors to integrate it into a cubesat box. Our kits also come pre-flashed with the Arduino code that allows students who don’t have access to a computer to use the tech. So the digital sensors connect via radio or WiFi network to a digital dashboard.

With that, we can get students involved in IoT, AI, robotics, machine learning, big data, and other concepts like that. Of course, this links well with the fourth industrial revolution and its requisite skills. The reason for this is simple: Some students may not go into the space industry; they may not even take engineering [courses]. But those skills are needed for most jobs. For instance, if you work in the financial services or banking sector, you need to know about IoT. You need to know about AI and those other concepts. The students also learn how to code. And they are not coding games or just having fun. They can code their sensors to do real-life data collection and analysis.

When we discuss with space agencies across Africa and private companies like Intelsat and Liquid Telecom, they see a direct link to the fourth industrial revolution skills: future skills. They do not see it as a cute inspiring space project but not relating to what the students will be doing in the future. But that does not discount what we do. We’re putting payloads into space and doing authentic space projects.

We found that we are getting a lot of traction because we can demonstrate that both space and 4IR skills can be advancing concurrently. In other words, we’re using space as an inspiration to advance 4IR skills.

XinaBox is not the only one using this method; Space Foundation does too. It uses “space themes to improve students’ interest and skills” in STEM.

Are you getting traction from schools and universities in Africa?
We don’t sell much in Africa, which is a pity because we develop it in Africa. But we make a lot of sales in the United States and Europe. I’d say we sell about 85% to 90% of our products to the United States.

And the reason we’re not selling in Africa is not because of the price. I’d say it’s because many universities on the continent are reluctant to change. They still want students to solder and breadboard. That’s why many students come out of university, and they can’t code, which is a huge challenge. Considering future skills, not being able to code is like not being able to read or write. African universities are lagging. Even as a company, it’s easier for us to hire someone in Pakistan to remotely work for us than to find people with the requisite skills locally [in South Africa].

And I know they might blame it on COVID-19. But the reality is that they were not ready; the lecturers and faculty members were not prepared to navigate the challenges COVID-19 presented. I know it’s not much of a challenge for the students to learn remotely; it’s the lecturers who don’t have the requisite digital skills to deliver lectures remotely.

We would love to employ graduates from the continent, but we find it difficult because the universities have not embraced 21st-century realities.

If it’s not because of the price, why are you’re not getting traction in Africa?
We’ve had a lot of conversation with universities, schools, and space agencies in Africa. But interestingly, it just stays at the conversation level. It doesn’t get to the decision and implementation level. For instance, there’s a particular African country we’ve been talking to for over two years now. They know they need to do it. They have the budget. They are not just taking the next step: implementation.

Also, in Africa, we tend to go for hero-style projects. Africa is more concerned about what we have rather than what we use it for. It’s more about we’ve launched a satellite rather than this is what we’re using the satellite for. Because most of the satellite data African satellites collect can be purchased from companies like Airbus through a subscription for a fraction of the cost of launching a satellite. But no, we must have our own. However, if one wants to do early warning systems, disaster management for floods and fires, and all that kind of solutions, what’s needed is not one satellite but a constellation of about 20 satellites to cater for latency. So I believe it cost-effective to access these data through a subscription service.

Another challenge is that a chunk of space agencies’ budget goes towards building satellites and really expensive launchers. Space agencies could spend that money on more impactful projects—for example, education, local economy, crop and drug management. I think the focus should be on projects like these and not on one costly satellite.

Africa has a desire for the fourth industrial revolution, which arrived some years ago. But it’s one thing to have an intention and entirely another to execute. So, I think what’s lacking is the will for implementation.

And we can only do so much as a company. We can’t go into a university and start delivering. So, yeah, it’s not about the money. Georgia Tech, Princeton, Stanford, MIT, and Caltech use our technology in their engineering programmes. And they use our technology not because it’s cheap but for its quality and can’t find anything else that’d do as good a job. So it’s a pity, and I can’t understand why African universities are reluctant to do the same.

Although, we see the same reluctance in adoption in the United Kingdom too. It’s very much the same kind of view; they have this old-fashioned analogue style also. Maybe, unfortunately, we inherited from the British culture.

However, I still think Africa has the opportunity to leapfrog the rest of the world because we don’t have huge legacy investments. Unlike the United States, we didn’t have money for big laboratories; we can leapfrog. The future is unbelievably bright. 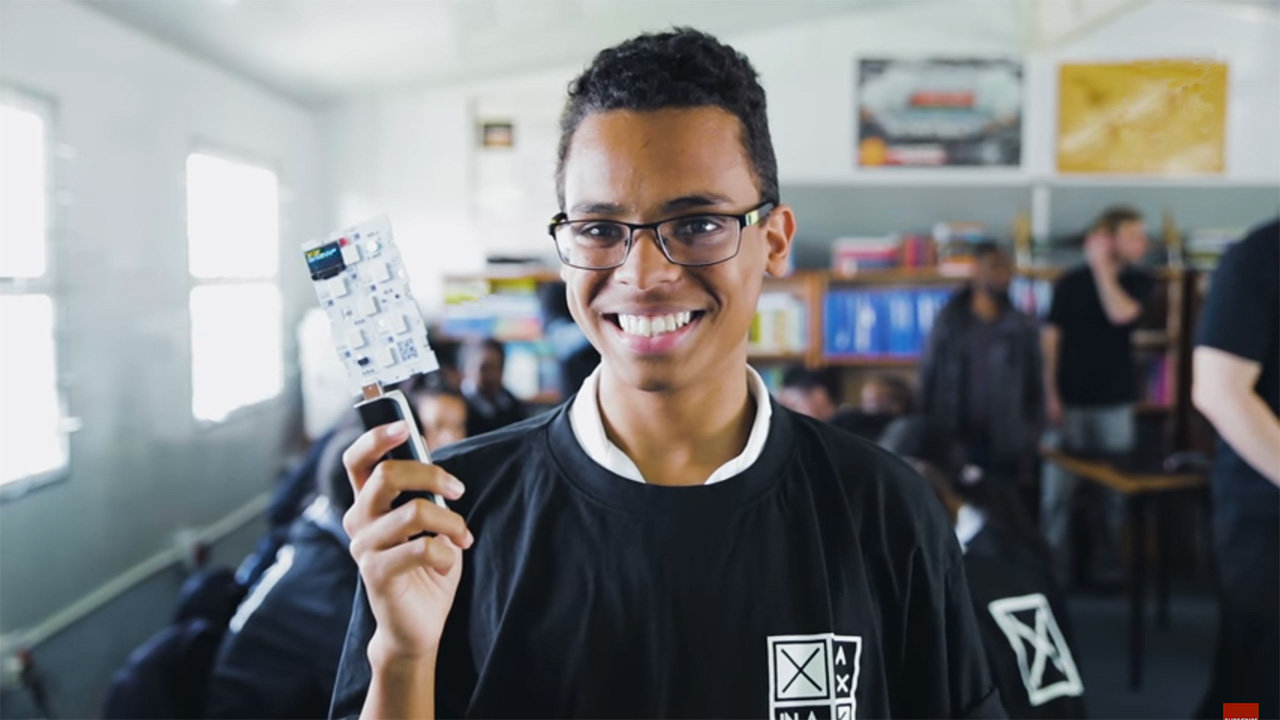 How is XinaBox able to scale quickly within six years of operation?
We were our first customer. XinaBox is a result of our first private satellite purchase. My husband and I ran a non-profit called Meta Economic Development Organisation (MEDO). To ensure students under the MEDO programme launch the satellite, we had to invent XinaBox because we couldn’t find affordable technology.

Since then [2015], we have launched over 40 satellites with XinaBox. We have a permanent presence in Antarctica, do frequent missions to the International Space Station (ISS), and bluShift Aerospace has also launched our payload. And sometimes, satellites are launched with XinaBox on them, and we don’t even know. For instance, the CubeSat format co-inventor Bob Twiggs told us some students would be launching satellites with XinaBox this month. In short, our technology is finding its way unto other satellites.

We’ve also had a lot of interest from the US regarding venture capital investment. We’re currently discussing with a group that wants to buy XinaBox and move it to US soil. And that would be interesting because the United States has a robust space sector run by phenomenal entrepreneurs compared to other countries worldwide. Unfortunately, we don’t have that here [in Africa].

We’ve bootstrapped the business over the years. We fund our growth with the profits we make. Because for me, that’s how you build a sustainable business: making profits and ploughing it back into the business. You cannot build a business with debt.

But it’s been very tough. We run a very lean organisation: no room for waste or delay because time is money. We also make sure to deliver to invoice and receive payment.

We are now confident about receiving investment, which, to an extent, would be an acquisition. If we were domiciled in the US, we would be 100 times our current size. So we’re looking forward to that. Our target is to have grown hundredfold three years after being funded.