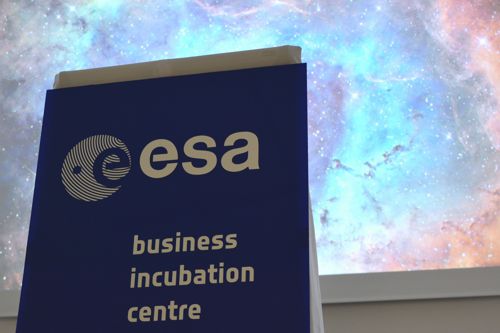 The European Space Agency (ESA), the French National Centre for Space Studies (CNES) and the Moroccan government are in talks to open African ESA BIC (Business Incubation Centre) in Morocco. The initial MoU was supposed to be signed at the Global Conference on Space for Emerging Countries (GLEC) in Marrakech, Morocco in late April 2019, but, that did not happen due to some operational challenges. Instead, Jean-Yves Le Gall, President of CNES; Driss El Hadani, Director of Morocco’s Royal Centre for Remote Sensing (CRTS); and Zakaria Moudden, Director of Morocco’s Royal Centre for Space Studies and Research (CRERS), met on the sidelines of GLEC to discuss the modalities and progress of the initiative to establish ESA BIC in Morocco.

In a conversation with Niels Eldering from the ESA Innovation & Ventures Office, Downstream Business Applications Department; he emphasized the goal of ESA BIC in Africa will be to support indigenous regional economic development, spin-off and access to European-based satellite infrastructure.

The decision to extend the business incubation programme to Africa could not have come at a better time. Africa is fast adopting and innovating space technologies to leapfrog infrastructure development across the continent. For instance, in Mali, nomadic herdsmen leverage satellites to find water and vegetation in the Sahel region while in Rwanda, schools in remote Nkombo Islands rely on communications satellite for internet connectivity. Other countries such as Algeria, Egypt, Morocco, Nigeria and South Africa use their satellites for extensive socio-economic benefits, spanning from disaster monitoring to military surveillance, telecommunications services, education, weather studies and scientific experiments.

It is no longer a question of why is Africa investing in space, but a dialogue on how Africans can develop space technologies to meet both regional and international industrial demands. There is a need to establish programs and enable ecosystems that grow Africa’s capabilities in space science and technologies.

South Africa’s space strategy has been focused on enabling its industry and research universities to develop critical space technologies and assets in select areas such as the development of small satellites, manufacturing of imaging payloads and satellite components as well as the development of capabilities in rocketry and propulsion systems. South Africa hosts one of the fastest growing commercial NewSpace clusters in Africa, which further collaborates the need for emerging economies to adopt space strategies that drive the development of space technologies.

On a continent-wide effort, the African Union Commission is pursuing a space strategy that promotes academic and industry space research and development through the Pan African University Institute for Space Sciences. The University will be hosted in South Africa by the Cape Peninsula University of Technology (CPUT) in collaboration with six other South African universities.

University-based space R&D form the nucleus of Africa’s growing capability in space science and technology. Universities in Ghana, Kenya, Nigeria and South Africa offer academic programs which have seen students build satellites that were successfully launched into space. In essence, ESA’s BIC program will bolster existing efforts and space strategies on the continent. While ESA does not support any space program outside its member states, national governments (in Africa) will be expected to finance and support the implementation of the program template in Africa.

ESA is also exploring other countries, such South Africa, to set up the incubation centre. The framework of the incubation centre will strengthen the African industry by identifying new business opportunities for startups with ideas that are related to space technologies. The incubation program will enhance the know-how and competitiveness of African downstream startups and help broaden their business horizons as well as access to European space infrastructure and market.

Mega-constellation; Should Africa Invest More to Expand its Capacity?

A breakdown of the 30 satellites launched by African nations

The Future of Kenya Space Program