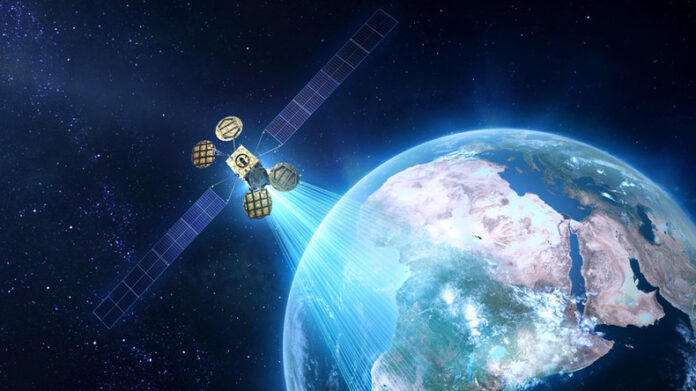 October 5th, 2015, Mark Zuckerberg took to Facebook to announce his first project on internet delivery from space to Africa – the famous AMOS-6. It came in partnership with Eutelsat to connect millions of disadvantaged internet enthusiast across Africa. This was a response to beam internet access down into communities from the sky, to connect people living in remote regions and AMOS-6 was a deliberate, intelligent and first technology to give relief to the underserved in Africa. AMOS-6 was to be launched in 2016 into a geostationary orbit that will cover large parts of the West, East and Southern Africa. However, it’s been nearly three years since the official announcement and pre-launch update but nothing has been heard of it, and you might be wondering why.

Here’s What We Know.

AMOS-6 was to be launched in 2016 but this plan failed. 1st September 2016, two days to AMOS-6 official launch, Elon Musk’s SpaceX (Falcon 9) rocket due to launch with Facebook’s first satellite, exploded, during a static fire test at Cape Canaveral, destroying the cargo. Unfortunately, $200million AMOS-6 satellite rocket (SpaceX reusable rocket) got destroyed too, hence, stalling 3rd September 2016 launch date.The explosion does prove to be a setback for Facebook.

Is the plan to connect Africa, dead?

Spacecom, an Israeli satellite operator, whose relationship with Facebook could be summed up as “it’s complicated” following the loss of its AMOS-6 satellite, borrowed part of AsiaSat’s newest satellite for four years. It is serving as an interim replacement for AMOS-6. However, there has not been any sort of updated relationship status with since the loss of AMOS-6. The $88 million deal with AsiaSat doesn’t provide any clarity since spacecom only leased AsiaSat-8’s Ku-band payload, not the Ka-band capacity Facebook was seeking when it booked AMOS-6. Spacecom and AsiaSat will relocate AsiaSat-8 from 105.5 degrees east, where it is covering China and its neighbours, to 4 degrees west, where it will join AMOS-3 in covering Europe, the Middle East and Africa.

While AMOS-6 was very promising and a relief to the woes of internet access in Africa, it became a bigger loss for Africa in the space industry.

Nevertheless, global internet continues to grow at an exponential rate, bringing with it new ways of transacting, communicating, learning, socializing and transforming just about every aspect of our daily life. But the benefits of the internet are not yet even distributed. In Africa, despite a slow start, internet use is rapidly accelerating and its transformative effects are increasingly accessible but the loss of AMOS-6 could have sealed the growth evenly more. As is common in developing countries, wireless broadband and mobile internet are the key drivers of rapid internet uptake across the continent. While new technologies continue to spur internet growth across the continent, we still need deliberate, urgent and significant disparities across countries and remote regions, to aid health care delivery, education and hospitality. It should be inclusive and decentralized, reflecting in the size and diversity of Africa. Economically, internet contributes USD18 billion (1.1%) to the Africa GDP, which is low compared to global averages of 4%. Accessibility is key. It is not too late to ask for AMOS-7 but when and who will lead the frontier? Is Mark Zuckerberg working on something we are yet to know or is he going back on his plans on getting Africa connected? Is another AMOS-6 a pin in the eye to achieve by Facebook?