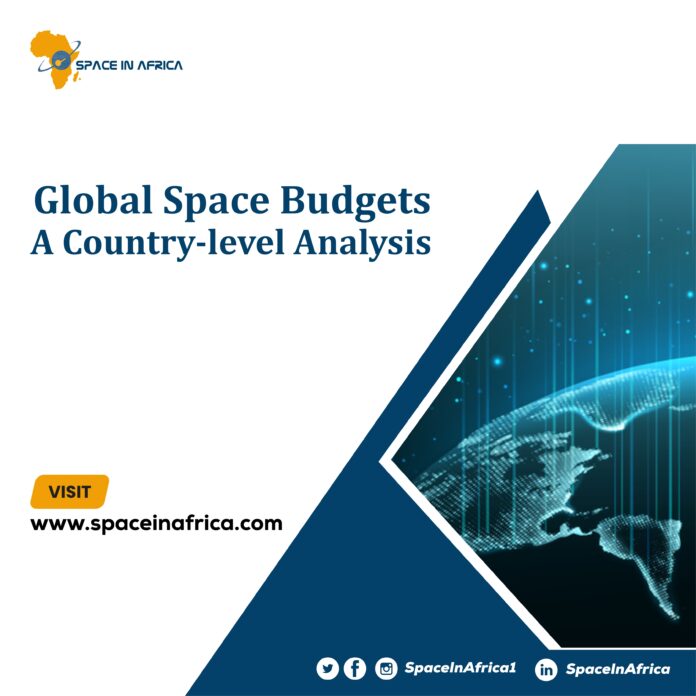 Space in Africa, the leading analytics and consulting company focusing on the African space and satellite industry, has released a country-level analysis of the global space budgets. This first-of-its-kind (open-source) report examines the space budgets of 106 governments and analyses how they have changed between 2018 and 2020. This analysis provides in-depth coverage of the growth recorded in different countries, regions, economic blocs, and continents. It includes data extracted from primary sources and sheds light on how governments worldwide have responded to the COVID-19 pandemic and how those responses have impacted space budgets. 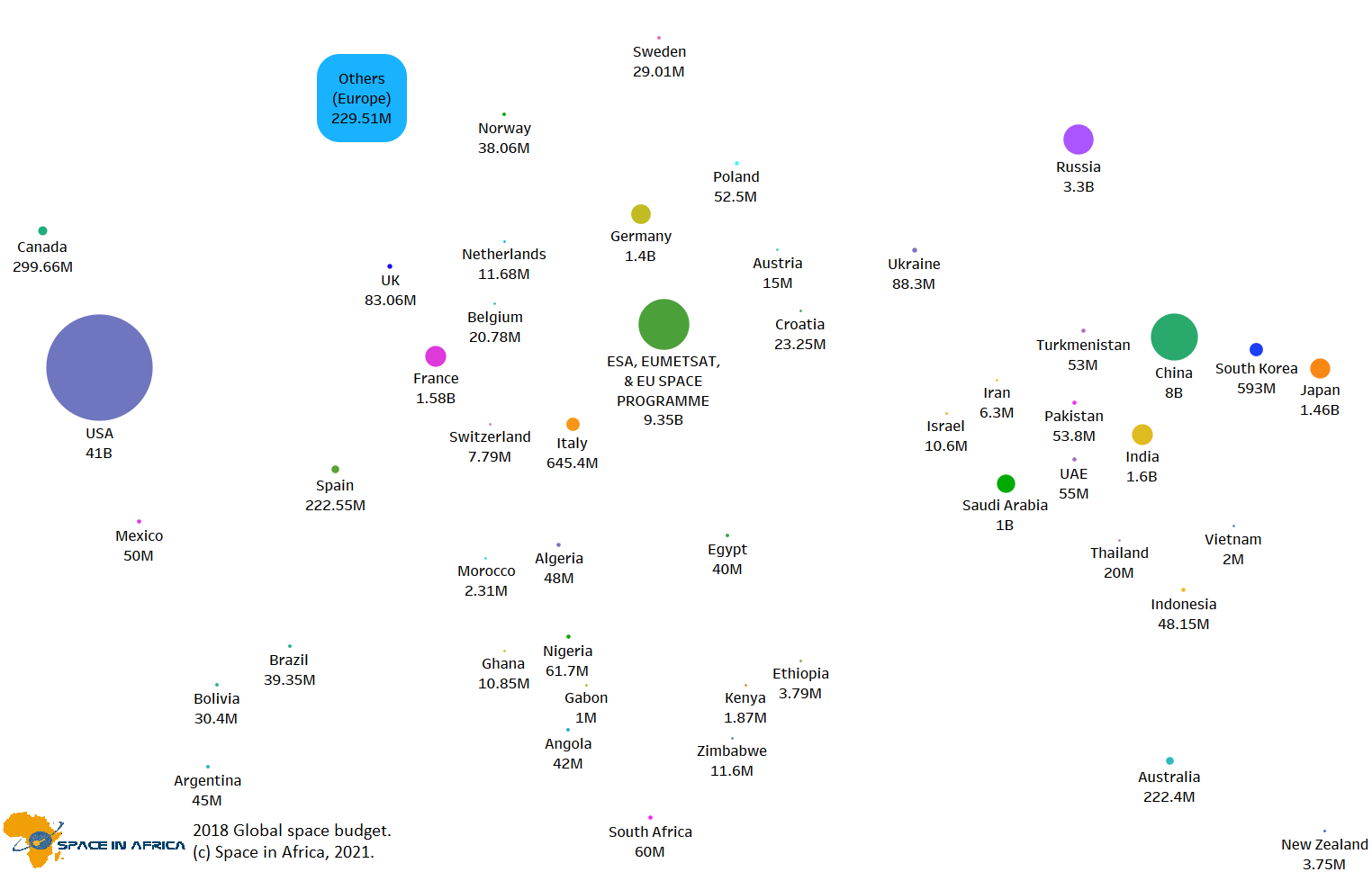 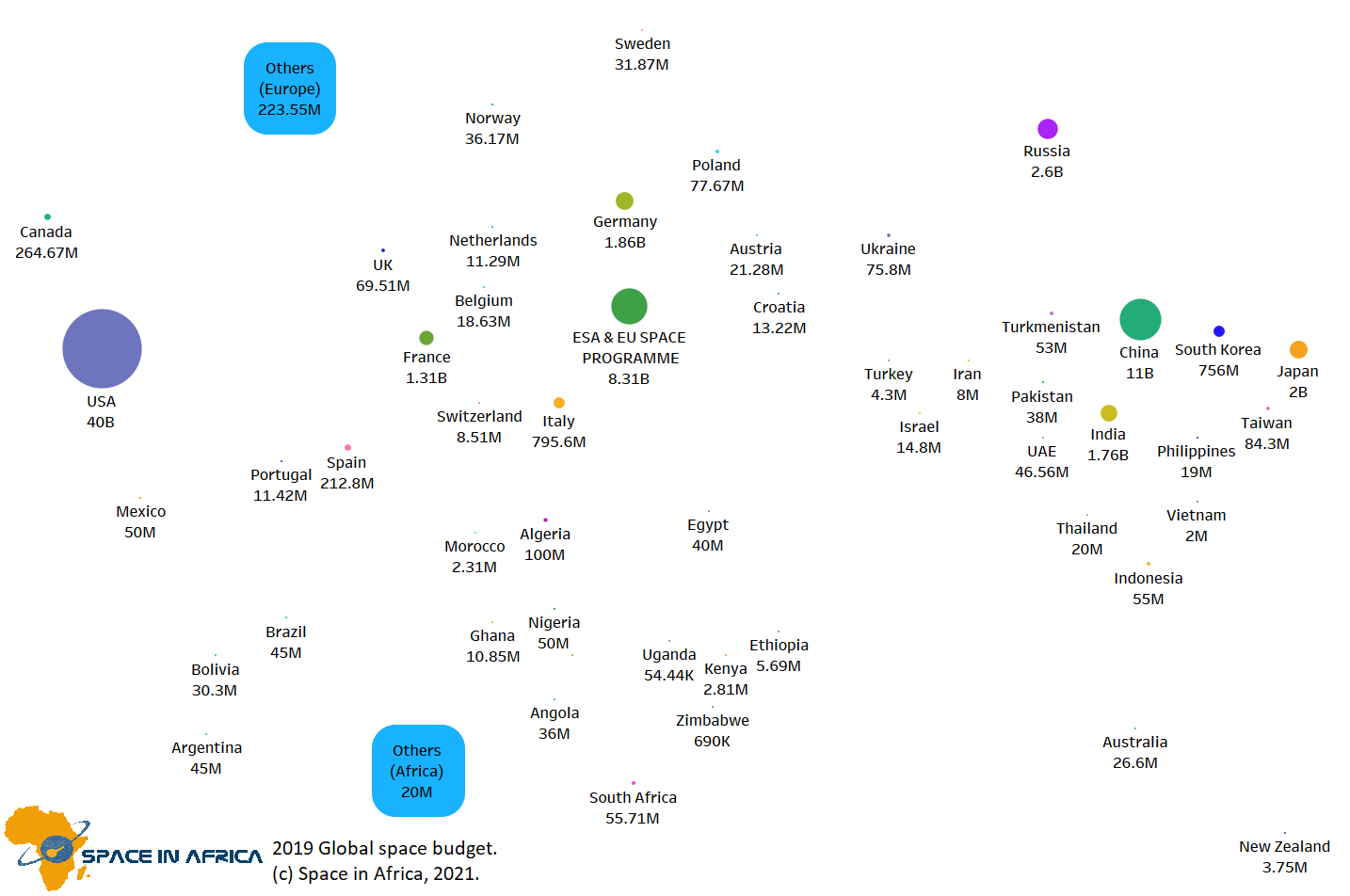 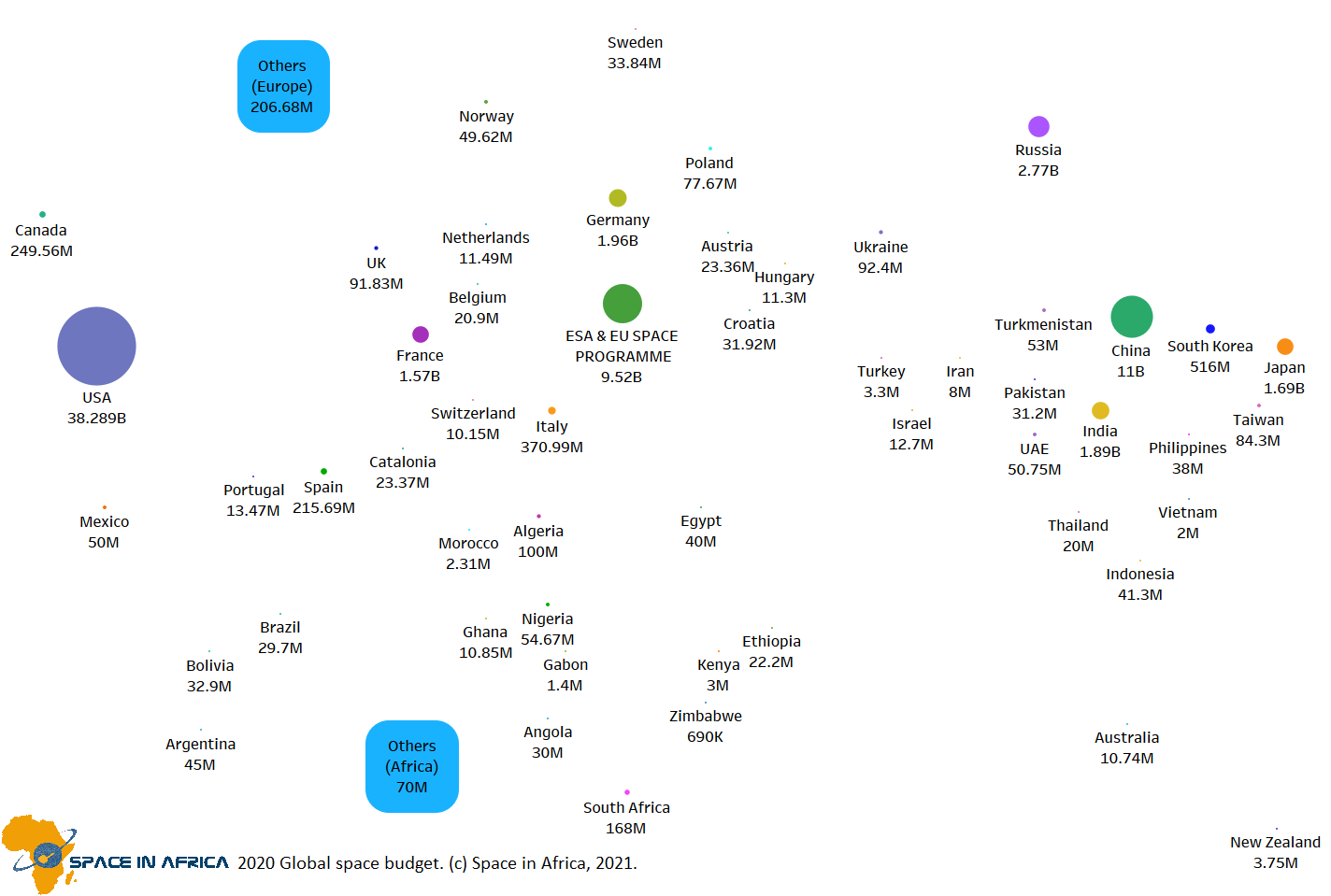 Temidayo Oniosun, Managing Director of Space in Africa, while commenting on the report, said: “a sizeable portion of the global space industry valuation is from government space budgets, and this is the first open-source publication on this subject in the industry. Budget transparency varies from country to country, but altogether, it is impressive to see how much money governments across the world are spending on space technologies. Although many observers were expecting the COVID-19 pandemic to hurt the government space budget, the reverse is the case for many of the countries whose 2021 budgets have been announced”.

The Covid-19 pandemic has affected the world, and the space industry is no exception. Space companies such as Bigelow Aerospace, Raytheon Technologies, Boeing, among others, laid-off workers, while companies like OneWeb failed to secure further funding, leading to bankruptcy. To the same effect, companies like Rocket Lab and Virgin Orbit had to postpone some launches. Many space agencies’ operations were affected; for example, NASA had to delay astronaut selection while ESA also had to put some missions on hold.

Governments in Europe estimated the pandemic’s impact on the global space industry could be up to 1 billion euros (USD 1.21 billion), mainly due to delay in several missions and operations. The Q2 2020 Edition of the Space Investment Quarterly report by Space Capital shows investment in infrastructures was USD 234 million, a decline of 85% from Q1. There was also a USD 5.3 billion investment in space applications in Q2.  Total Q2 2020 investment fell by 23% from a similar period the previous year.  The drop was attributed to a decrease in both application and infrastructure investment by 10% and 81%, respectively. Overall, the space sector saw USD 12.1 billion in equity-based investments in Q1 and Q2 of 2020, in 112 rounds, with early-stage investments totalling USD 303 million of that, in 67 rounds.

The pandemic’s impact was indirect on several national space budgets. For most countries, relevant bodies had passed 2020 budgets before the pandemic began to take its toll. While most countries were unable to pursue some of the projects and missions planned for 2020, some countries adhered to the original budgets, while some received supplementary budgets. Such is South Africa’s case, which received USD 266 million in additional funding in August 2020 to develop a space hub and work on several nanosatellite projects.

However, some countries had their 2021 budgets reduced during the 2020 pandemic. The European Commission space budget, which was effective January 1, 2021, was also reduced. In 2018/2019, when the European Commission 2021 budget was initially proposed, it was 16 billion euros (USD 19.4 billion). Still, as the coronavirus pandemic intensified in May 2020, the Commission issued a revised budget proposal of 15.2 billion euros which was eventually set at 13.2 billion euros (USD 16 billion) by July 2020. India’s human spaceflight program, Ganganyaan, also received a 70% budget cut. Other countries saw an increase in their 2021 budgets. The budget approved for NASA for 2021 is USD 23.3 billion, an increase of 3% from 2020, while Nigeria’s 2021 approved budget provides a 54% increase over the 2020 budget.

“The team at Space in Africa have accomplished something no one else has done before. This global analysis of national space budgets in the last three years not only provides a window into the diversity of national engagements with outer space, it also shows how COVID-19 has impacted space investments across the globe” said Dr Julie Klinger, Assistant Professor in the Department of Geography and Spatial Sciences in the College of Earth, Ocean, and Environment at the University of Delaware.