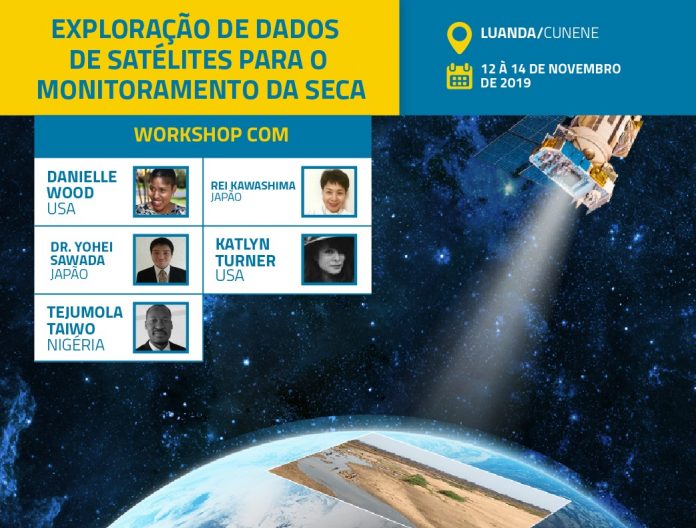 In a bid to tackle issues of drought in the provinces of the country, the Angolan Ministry of Telecommunications and Information Technologies, yesterday kicked off a series of events leading to the launch of its Drought Monitoring Satellite Data Exploration Project in Cunene.

Events to the project, which commenced yesterday, will run till 14th November 2019.

The project, funded by the ministry through the Space Program Management Office (GGPEN), is a research project which seeks to acquire the data needed for drought monitoring and water management in the Southern African country, through the use of a prototype satellite data mining system.

In recent times, Angola has been affected by a series of droughts, with its southern province of Ondjava being the most hit with a record of 12 months of extreme drought, resulting in the death of 30,000 animals, including cattle, goats and pigs, with 857,443 people out of 171,488 families affected.

Pictures from the Opening Ceremony
1 of 4

According to data from the Emergency Drought Program in Southern Angola, 1.3 million people are currently affected by drought in Cunene, Namibe, Huíla and Cuando Cubango provinces, and this, among other factors, has necessitated the research to find ways to prevent, manage and combat the problem through the use of satellite data mining system.

The project is headed by Prof Danielle Wood of the MIT Media Lab Space Enabled Research Group. The timeline of events scheduled with the launch holding today includes a workshop tomorrow, 14 November, at the Higher Institute of Information and Communication Technologies (ISIC), focused on the use of satellite data mining for drought monitoring and water management.

Other international researchers and experts in the field will also be in attendance.