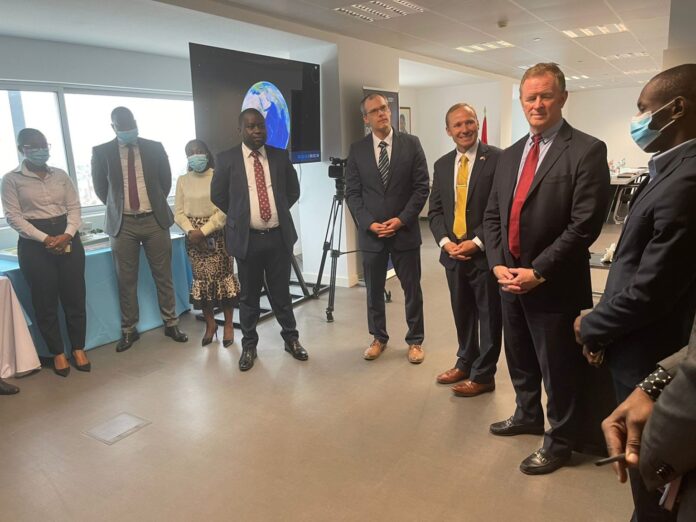 The Director-General of the Management Office of the National Space Programme (GGPEN), Dr Zolana João received delegates from the US Embassy in Angola, led by the Senior Commercial Officer, Thomas Strauss, on August 4 2022, at the agency’s headquarters in Talatona. The meeting allowed the two countries to discuss US-Angola relations, especially science and space development. In addition, the meeting also provided the opportunity to discuss the growing interest from several countries in the SADC region, Europe and the United States of America regarding the space-based solutions being developed by the agency.

The meeting highlighted the three new space-based solutions developed by GGPEN – TECH-Gest, TECH-Agro and TECH-Ecologia – as part of its mission to support sustainable development in Angola through space-based technologies. These solutions, already marketed by the agency, leverage updated and high-resolution satellite images to map land use, monitor infrastructure, manage assets, monitor vegetation development and monitor and alert on possible oil spills in the national offshore rigs.

Another highlight of the visit was discussions focused on capacity development within GGPEN, a crucial area highlighted by the agency in its policy framework. The delegation praised GGPEN for upholding its promise to train its employees to the highest standards from top universities and research centres globally, including the George Washington University, in the USA, ISAE-SUPAERO, in Toulouse, France, and several universities in Russia.

It should be noted that Angola assumed a leadership position in the Southern African Development Community (SADC) by installing and implementing the Ka-band antenna that Angola will use during the Angosat-2 orbit test period. Furthermore, the infrastructure will standardise all processes related to the SADC Satellite Sharing Programme and facilitate sharing of resources and methodologies, in addition to being a pioneer in the region.