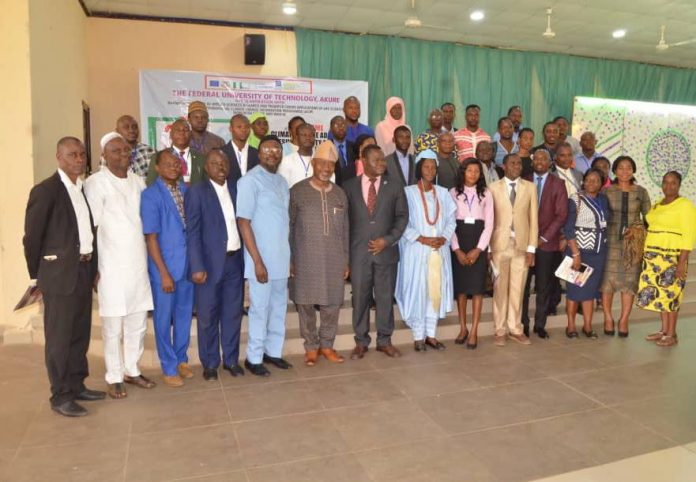 The 3rd World Symposium on Climate Change Adaptation held in Federal University of Technolgy, Akure(FUTA) from 11-13 September 2019, as a joint initiative of the university, the Research and Transfer Centre (Applications of Life Sciences) of the Hamburg University of Applied Sciences (Germany), in collaboration with the International Climate Change Information Programme (ICCCIP), World Fish Centre (WFC) and West African Science Centre for Climate Change and Adapted Land Use (WASCAL) had its theme focused on: “ADDRESSING POVERTY AND ENSURING SUSTAINABLE LIVELIHOOD.” The conference had in attendance officials of the Nigerian Meteorological Agency (NIMET).

The event was also graced by eminent personalities from the Federal,  State and local governments of the country. Among those who were in attendance: The Executive Governor of Ondo State Arakunrin Rotimi Akeredolu was represented by the Secretary to the State Government (SSG) Hon. Abegunde , The  Regent Ibule; Miss MoyinOluwa Falowo, The Vice Chancellor of the host institution Prof. J. A. Fuwape was represented by the Deputy Vice Chancellor Development Prof.  Philip Oguntunde.

Climate change has become a global phenomenon that cuts across every region, ranging from decades to millions of years. So we cannot categorically say when climate change in itself began or what exactly was responsible for global warming. However, what we do know is that the changes we now experience are as a result of processes that have taken place in the earth, influences from outsides the earth’s atmosphere, and more predominantly, the activities of man. Countries have had their fair share of climate change struggles, and they allocate quite a significant amount of their annual budgets to the campaign against climate change. Experts predict continuity in the temperature rise, changes in precipitation patterns, more drought and heatwaves, rise in sea levels, but to mention a few.

Dr Clinton Ezekwe, Director of Weather Forecasting Services, NIMET, especially expressed concerns on how predicted climate information can get to the end-users and how it can be translated and transmitted in various indigenous languages over specific broadband. He also challenged the PhD students present to look for ways to implement their solutions to real-life problems. Furthermore, he talked about optimizing satellite data for local applications so that the average farmer, fisherman and herdsman, whose access to the internet and modern technology is severely restricted can become adequately acquainted with the information and thus act accordingly. According to him, accurate and timely forecasts are crucial to the National Determined Contribution (NDC). 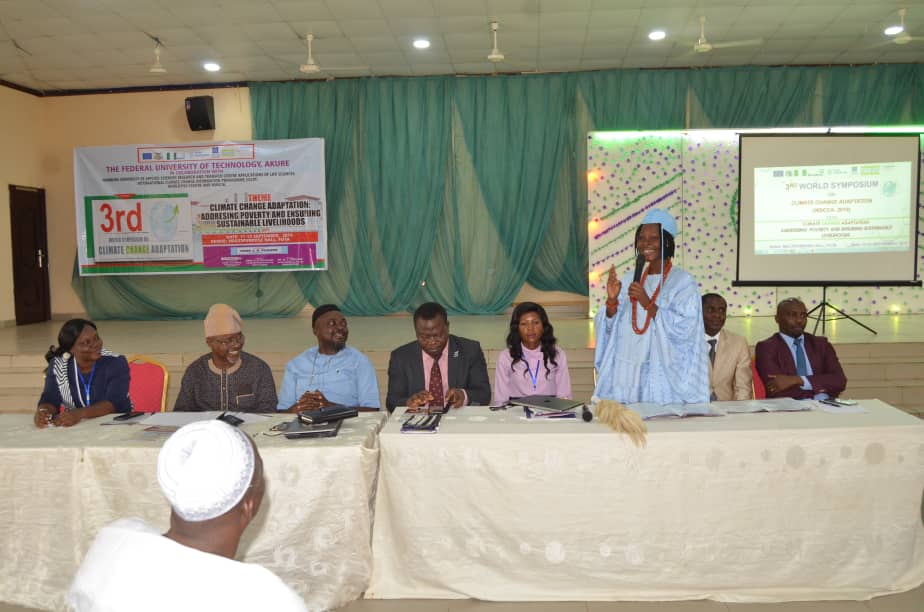 Dr Mansur B. Matazu, the Technical Assistant to the D.G NIMET, also gave a presentation on Downscaling Seasonal Rainfall Prediction. He stressed on the role of climate information in the agricultural sector and how it affects the behavioural change of farmers in regards to planting dates and harvest dates.

Mr Ugbah Paul,  Assistant Chief Meteorologist at the Central Forecast Office, NIMET, delivered a presentation on Evaluation of the ECMWF (European Centre for Medium-Range Weather Forecast) Sub – seasonal to Seasonal (S2S) precipitation forecast used as a climate adaptation tool over Nigeria. He pointed out that Sub-Seasonal to Seasonal (S2S) forecasts are a major challenge because they take about 45 days, which is usually too long to retain the atmospheric properties and too short to determine the changes in the atmospheric changes.

In an interview with Space in Africa, Mr Ugbah Paul mentioned that meteorological data is usually gotten from Earth Observation Satellites orbiting the earth from different stations. He also said that NIMET has been able to render meteorological services to neighbouring countries and was involved in training personnel from these countries on how to interpret and draw insights from meteorological data.

Many of the speakers unanimously agreed that policy regulation has plagued almost all African nations and that one way to tackle this challenge is to ensure that decisionmakers, lawmakers and stakeholders are carried along in line with research and policy recommendation from professionals so that these will guide them in policymaking.

David discovered the thrill that accompanies space technology since his days in high school, and a love affair transpired almost instantly. He has a knack for writing and an almost insatiable appetite for learning.