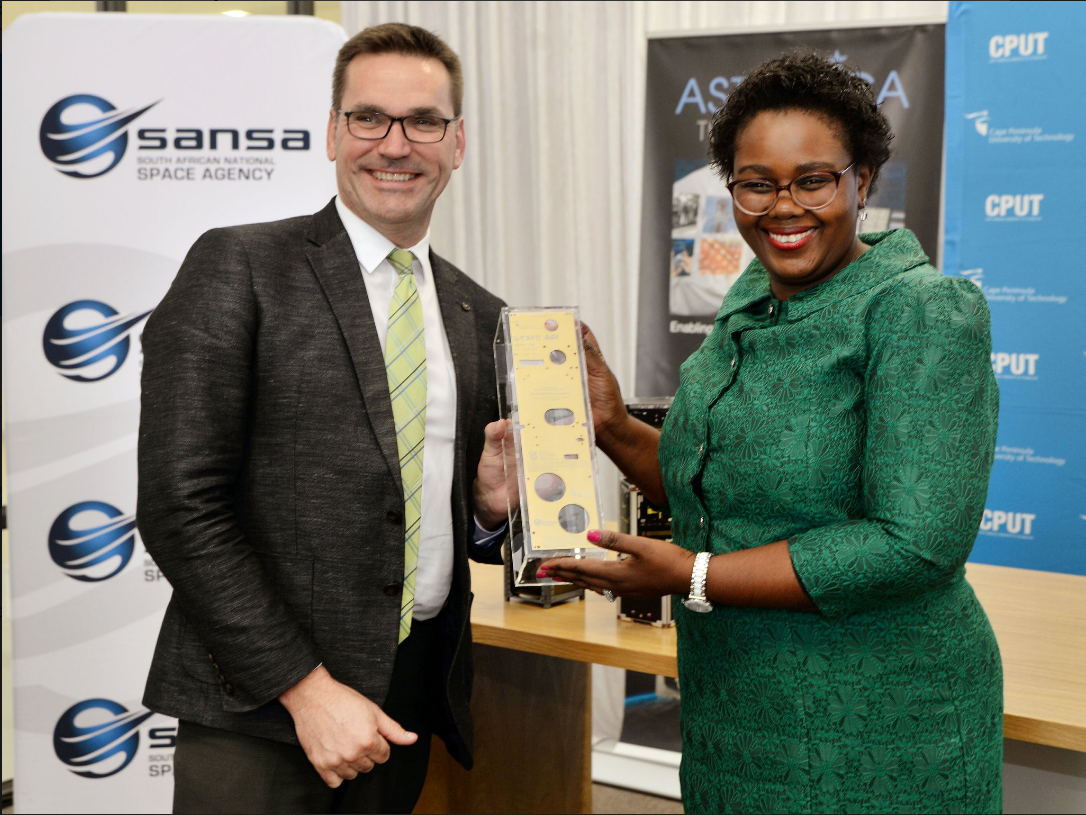 The Minister of Science and Technology, Mmamoloko Kubayi-Ngubane, will unveil the first data from South Africa’s ZACube-2 nanosatellite when she delivers the keynote address at a plenary briefing to be hosted by the Cape Peninsula University of Technology (CPUT) on Tuesday, 26 February 2019.

The ZACube-2 plenary, to be held under the theme “CPUT’s ZACube-2 leading South Africa’s 4IR into space”, will focus on CPUT’s space science programme and a new strategy – OneSmartCPUT – which aims to equip students, staff and the community with knowledge to facilitate the future world of work as informed by the Fourth Industrial Revolution.

The event follows the recent historic launch of the nanosatellite, considered the most advanced in the African continent to date.  Weighing just 4 kilograms, ZACube-2 carries an automatic identification system (AIS) payload for monitoring the movement of ships along the South African coastline.  It will also help to monitor veld fires, providing near real-time information to ensure faster response times by disaster management teams.

The Department of Science and Technology (DST) has invested R16,5 million in CPUT for its nanosatellite programme, which was established in 2009 with the DST’s support.

ZACube-2 is a demonstrator for the technology that will ultimately be used in a constellation of nine nanosatellites that will be developed to facilitate South African Marine Domain Awareness (MDA). The MDASat constellation will provide cutting-edge very high frequency (VHF) data exchange systems for the maritime industry in support of Operation Phakisa (Oceans Economy).

CPUT has already received useful AIS data from ZACube-2, which was fed into the National Oceans and Coastal Information Management System of Operation Phakisa.

The media are invited as follows:

Asteroid Day To Celebrate Sixth Year With Events In Egypt And Around The Globe, Leading Up To 30th June 2020