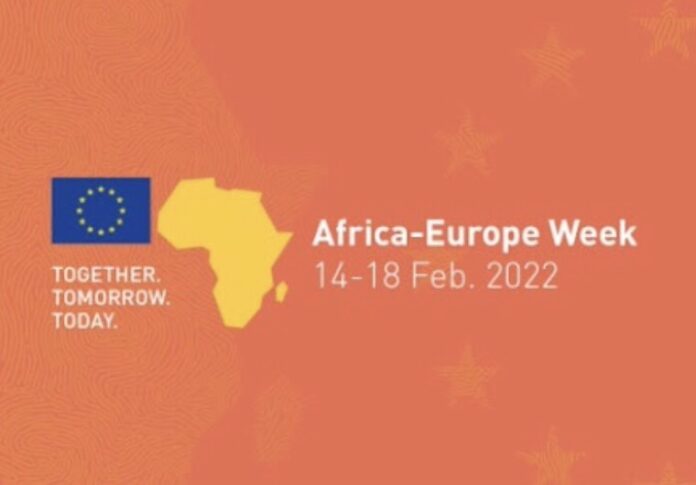 Over the last 20 years, Africa and the European Union have had various successful collaborations on space matters, particularly on Earth Observation (EO). This session took stock of these collaborations, showcased how space data supports sustainable development and the green and digital transition in Europe and Africa and explored the future of Earth Observation. The Directorate-General for Defence Industry and Space (DG DEFIS) organised this side event.

Jolanda Van-Eijndthoven, Head of Unit, International Relations and Communication Defence Industry and Space (DG DEFIS), European Commission, gave the opening remarks. She gave an exposition on Copernicus’ essential functions and noted that GMES and Africa is Copernicus’ major partnership programme. She also discussed the various general challenges, including ensuring constant access to Copernicus data. Jolanda also highlighted the importance of women in space and their representation or lack thereof. She discussed the various challenges that Copernicus could address, especially in Africa. She concluded by expressing her anticipation for partnerships between the EU and Africa.

Dr Tidianne Ouattara of the African Union Commission kickstarted the programme’s first session. He seized the opportunity to appreciate the EU for the opportunity to discuss the collaboration. Dr Tidianne also answered the question, “Why is Africa in space? He replied that Africa intends to use space for peaceful purposes to address our socio-economic challenges against the space race. According to him, Africa sees space as a medium to propagate Africa’s development. To this end, Africa has developed space policy and strategy. He also discussed the African Space agency noting that it is a reality what was left was its operationalisation. He also discussed the Pan African University Institute of Space Science (PAUSSIT). To this, he explained that they are still in the preparatory phase with South Africa.

Dr Tidianne also remarked about the GMES and Africa Programme. He noted that the first phase was successful, engaging over 100 institutions, 45 African countries more than 5000 people. He noted how the young people and private sector were involved, and he pointed out that the second phase will include many women. Speaking on the second phase, He noted that Policy and institutional framework would be the two outputs of GMES and Africa’s. Dr Tidianne expressed his belief that the GMES and Africa initiative represents the efforts by both regions to collaborate towards improving access to EO data. Dr Tidianne discussed the African Space Agency and its relationship to the African Union and its primary functions during the question and answer.

The first session also featured a discussion by Miguel Exposito Verdejo from Deputy Head of Unit Science, Technology, Innovation and Digitalisation Directorate-General for International Partnerships (DG INTPA), European Commission. Likewise, Ruvimbo Samanga, through a recorded feed, gave a presentation on women participation in STEM and EO and introduced the GMES and Africa African women workshop. She mentioned the importance of having more women in various space initiatives. She noted that women cared about Earth and the environment as much as men.

The second panel featured Benjamin Koetz and Vincent Gabaglio from the Directorate of Earth Observation Programmes, European Space Agency (ESA), and EUMETSAT. Benjamin talked about EO in Africa while presenting an animation on how the sentinel satellites cover the entire African continent on its high-eccentric orbit. He also discussed various projects and studies that the satellites have been used for in Africa. He noted that these projects covered 35 projects in 30 African countries across eight sectors.

Vincent Gabaglio similarly discussed METEOSAT application in Africa, which included rainfall measurement and its climactic marine and climatic application. In addition, he discussed the Meteosat third-generation satellite that will launch later this year and become operational in 2023. He also discussed essential collaboration opportunities between both regions and the multiple factors.

Dr Jane Olwoch of SASSCAL spoke next. She also appreciated the influence of the EU on the GMES and Africa Programme. Furthermore, she remarked on the moving statement of the Apollo 8 crew about discovering the Earth on their moon voyage. She explored the various importance of EO in Africa’s agricultural scene. Dr Jane also noted how EO had aided a global understanding of climate change. Finally, she observed that different countries have leveraged space applications for the SDGs. She noted capacity development as one of the challenges on the continent.

The third session was regarding the future of EO in Africa and the Lisbon declaration. Ms Carolina Sa, Earth Observation Officer of the Portuguese Space Agency, discussed the High-Level Forum organised last year. She discussed the various collaborations between both Europe and Africa. Ms Sa also noted and discussed the Lisbon manifesto. She also discussed examples of what Portugal is doing with Africa, one of which was the Atlantic constellation. It addresses and serves the blue economy and preserves the Atlantic ocean as a common resource. It will be a cooperation between Atlantic countries from Africa, North America, and Europe. She also noted how the country was taking capacity building and dialogue among Portuguese-speaking agencies, notably the Angolan Space Agency.

Amal Layachi, Head of the Training and Cooperation Department of the Centre Royal de Télédétection Spatiale, Morocco, discussed the various facets of the EU and Morocco cooperation in Earth Observation. Likewise, Linda Tomasini from France, the French space agency Centre national d’études spatiales (CNES), discussed the various bilateral agreements between CNES and African national space agencies. She also noted the capacity building activities and pilot projects for space applications, including co-building sessions. Linda also noted the Space for Climate Observatory that the CNES developed and the various SCO projects on the continent. This includes Senegal, Morocco, and Cameroon. She also discussed the women in the Copernicus project, which revolved around a survey of which the first phase was in 2020. Vivianne Meta Khamala, Director of Africa’s LocateIT, discussed EO’s role, current state, and future in Africa’s private sector.