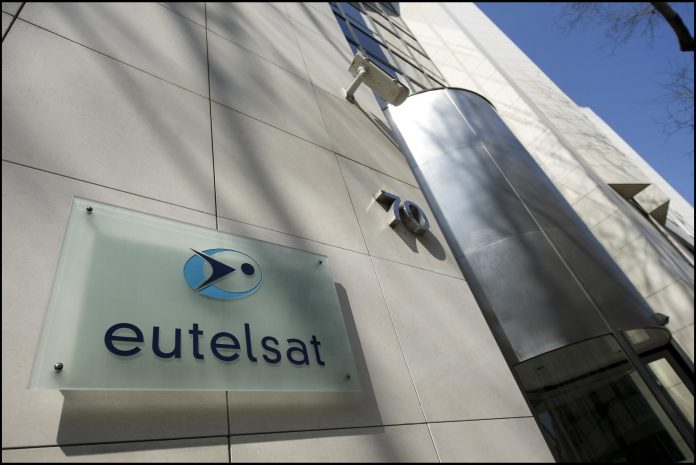 One of Europe’s largest satellite operator Eutelsat has reported it generated Euro 48.9 million from sales of its satellite services in Africa for the First Half of 2019/2020 fiscal year.

The company reported “sustained high profitability, with EBITDA margin at 78%,” despite its revenue decline, crediting this to strong “cost discipline” in the core business.

Eutelsat announced the launch of a cost-savings plan called “LEAP 2” which aims to generate €20-15 million in OPEX savings by FY 2021-22, but that benefit is not reflected in this financial report. Also, the company recorded Free-Cash-Flow on track which secured cash interest savings of €64m and EUTELSAT 5 West B insurance proceeds to benefit H2.

On segment analysis, Broadcast generated €389.4 million, accounting for 61% of total revenues. Other segments include Revenue from Data & Professional Video at 14%, Government Services at 12%, Fixed Broadband at 6% and Mobile Connectivity at 6%.

Eutelsat attributed the 1.6% decline in its broadcast revenue to the termination of a “contract in Sub-Saharan Africa and the effect of the return of a couple of transponders in Russia.”

One of the key events reported in the earnings call is the entry into service of the EUTELSAT 7C satellite which brings incremental capacity over the dynamic Sub-Saharan African market. This further corroborates Eutelsat’s confidence in Africa and its consideration of untapped markets in mobile connectivity and fixed broadband services.

Eutelsat signed two multiyear contracts for capacity at 7°East: one with Orao Telecom Congo also including a Eutelsat CIRRUS hybrid satellite/OTT service agreement, and one with AfricaXP encompassing capacity at 16°East as well. The company will expect to sign more commercial contracts in H2 with the launch of the Africa-focused KONNECT satellite which is planned to enter into service in FY 2020-21.

“Second Half revenues [from Africa] will benefit from the entry into service of EUTELSAT 7C at the end of January, bringing incremental capacity to sub-Saharan Africa. Conversely, they will be impacted, as expected, by the loss of capacity on EUTELSAT 5 West B leading to the termination of certain services at 5°West,” Eutelsat notes in its earnings report.

Commenting on the First Half, Rodolphe Belmer Chief Executive Officer of Eutelsat Communications, said: “First Half revenues were in line with our expectations with an improvement in trend in the Second Quarter versus the First and stabilization in revenues quarter-on-quarter. Despite the revenue decline, we delivered an industry-leading level of profitability, with an EBITDA margin of 78%. In recent months we have made strong progress on the development of our future growth levers with the successful launch of EUTELSAT KONNECT, bringing new resources over Africa and Europe and marking a milestone in our Connectivity strategy, as well as the procurement of EUTELSAT 10B with firm commitments on a third of the HTS capacity, highlighting robust demand in the mobility market.”

The Rising Trend In Small Satellites Adoption In Africa

What To Expect From The African Space Industry in 2021

Satellite TV Subscribers In Africa Are On The Rise