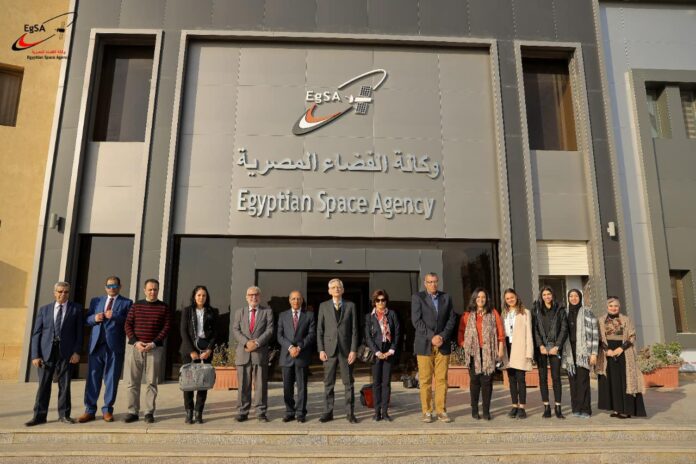 Ambassador Marc Baréty visited the EgSA’s factories, including the AIT building, to check the latest technological and human resource capabilities of the EgSA and all the ongoing and future satellite projects within the agency. 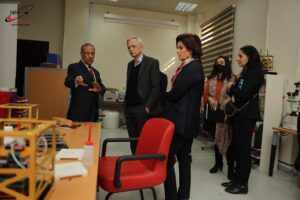 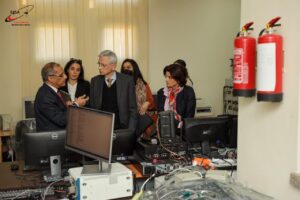 Dr Mohammed Al Qousi thanked the Ambassador for his visit, reflecting the close and ongoing relations between Egypt and France extended for many years. In addition, he expressed the eagerness of the EgSA to activate a bilateral agreement with France in space science and technology.

Ambassador Marc expressed his pleasure in visiting the agency and the hospitable reception by the EgSA’s team. He believes that the agreement between the two countries would help both countries catch up with the latest development in the space industry. Furthermore, Ambassador Marc explained that the relationship would help enhance Egyptian satellite subsystems, training and capacity building in advanced space applications in space technology projects, including the ones currently being undertaken by the agency. In addition, he reiterated the role of space-based products in the overall development of nations. Also, Ambassador Marc promised that France would keep pushing for more cooperation with Egypt, especially since France has chosen Egypt as a priority partner and is ready for official development assistance over the next five years.

The head of the Space Imaging Division and Member of the Board of directors at the EgSA, Dr Ayman Mahmoud, presented the agency’s ongoing projects, including the ClimCam Project, the African Development Satellite Project and the 35 educational satellite projects.

At the end of the visit, Dr Mohamed Al-Qousi handed over EgSA’s shield to the French Ambassador, expressing his gratitude on behalf of the agency’s staff for the visit and his desire to activate more cooperation between the Egyptian Space Agency and the French Space Agency soon. He also noted that the EgSA would not falter in its core establishment pledge of implementing, transferring, consolidating, and enhancing the human capacity in space systems development within Egypt.