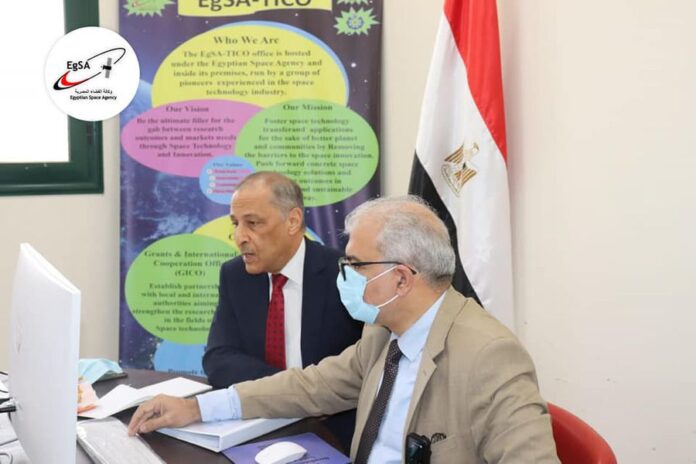 The Egyptian Space Agency Board of Directors held their fourth meeting on Monday, headed by Dr Khaled Abdel Ghafar, Minister of Higher Education and Scientific Research, in the presence of Dr Mohamed Al-Quosi, the CEO of the agency, via video conferencing. The Minister emphasized the level of work put into the implementation of the agency’s projects, the need to cooperate with the various entities and implement the scientific agreements embarked on, the need to review the implementation of the Egyptian Space Program at the end of the current year; the extent to which it is affected by the Covid-19 pandemic, and to develop appropriate plans to adjust the performance of the agency.

Speaking further, the Minister noted that the Egyptian Space Program is aimed at building human and scientific capacity, helping to develop infrastructure and industry, building space mission systems, exploring outer space, and collaborating with foreign space agencies. He emphasized greatly on the importance of collaborating with foreign space agencies, universities and research centres towards advancing space research. The board then reviewed projects executed during the year. The Minister, appraising the Agency’s leadership, highlighted important partnerships executed over the year, while also announcing multilateral partnerships.

The new partnerships, according to the board, will see 50 final year students train in engineering, astronomy, computers and information, through a collaboration with a number of international space institutions and prestigious universities in Britain, France, Yemen, India and China. The registration of students wishing to train is set to be announced from the beginning of next year through the agency’s website.

Finally, the administrative setup of the agency was restructured, with the country’s remote sensing organ set to be merged with the space agency, following a Prime Minister’s directive. The merger will be overseen by a committee that will soon be selected.