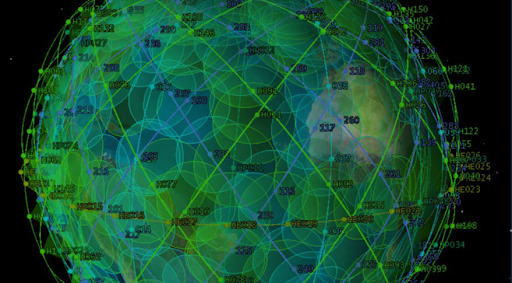 At a virtual Industry Day last week, the Space Development Agency (SDA) announced that its selection of satellite manufacturers for its Transport Layer Tranche-1 project must comply with the Buy American Act requirements. Egypt is one of the qualifying countries that can be treated like domestic suppliers.

The Buy American Act requires goods purchased by federal entities for public use to be manufactured in the U.S, with at least 50% of the cost of their component must come from the U.S to be considered as produced in the U.S. However, countries with reciprocity agreements with the U.S, in which both parties agreed to remove barriers to purchasing products manufactured in either country, are considered ‘qualifying countries’ and treated like domestic suppliers. The U.S has 27 countries in this category, including Egypt, Japan and Canada.

Hence, Egyptian satellite manufacturers can compete for the contract to build satellites for the SDA, which released a request for proposals from satellite companies to bid for contracts to build 144 satellites for its Transport Layer Tranche-1 project. The satellites will make up a mesh network of communication satellites in Low Earth Orbit and are expected to launch in late 2024. In addition, according to the Request for Proposal (RFP), the agency plans to acquire 126 baseline satellites and 18 more for hosting other payloads.

The satellites will be divided into six orbital planes and awarded to various companies. All satellites must be interoperable and share data via optical inter-satellite links, regardless of their manufacturers. Consequently, each company has to bid for two of the orbital planes with the associated ground equipment.

Furthermore, SDA said the success of its plan to field a proliferated architecture of satellites for communications, missile tracking and targeting is “predicated on the availability of a ubiquitous data and communications Transport Layer provided by a proliferated constellation of relatively small, mass-producible space vehicles in low Earth orbit.”

Proposals are due in October, and SDA expects to award contracts in January.