Everyday, social media throws in our way countless ideas: the good, the bad, the ugly, and the downright crazy. Some very unexpected ideas also sometimes work, which was the case for American University in Cairo student Sarah Abou El Khair.

Abou El Khair suggested to NASA to hold an immense barbecue, under the fire of each rocket launch, in an attempt to help solve world hunger. She took the idea to Instagram, tagging NASA, and the space agency loved it.

The story could have ended there. It didn’t. 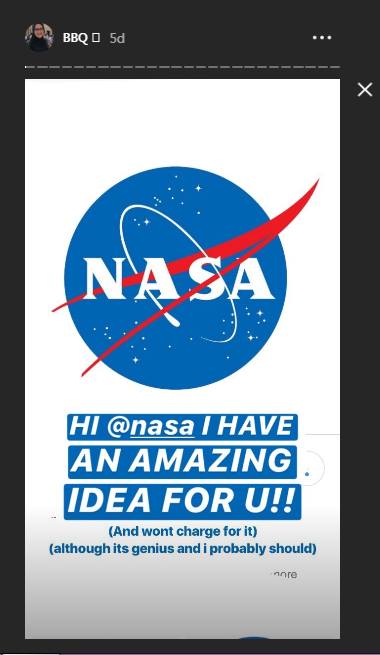 So, Abou El Khair’s idea was simple: put a giant grill with a huge amount of chicken and meat under the rocket before it launches, and when it launches, the heat emitted from the rocket should be enough to grill all this meat – or as she called it in her story, “giant BBQ party!!” 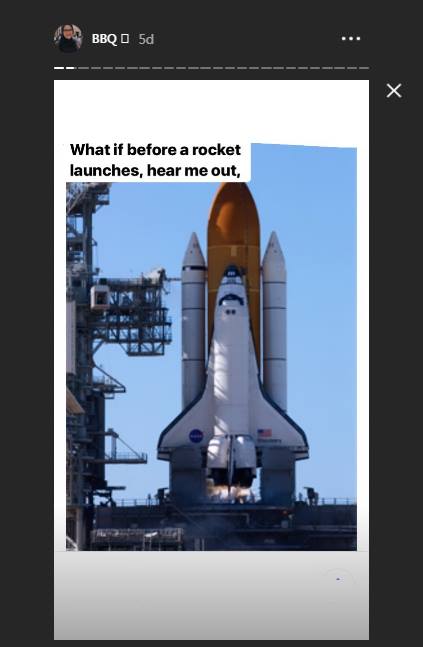 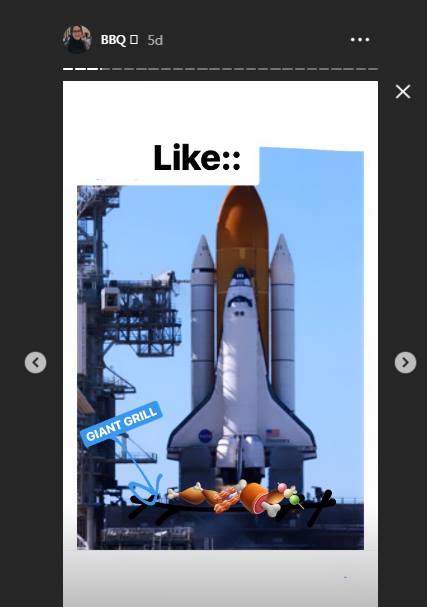 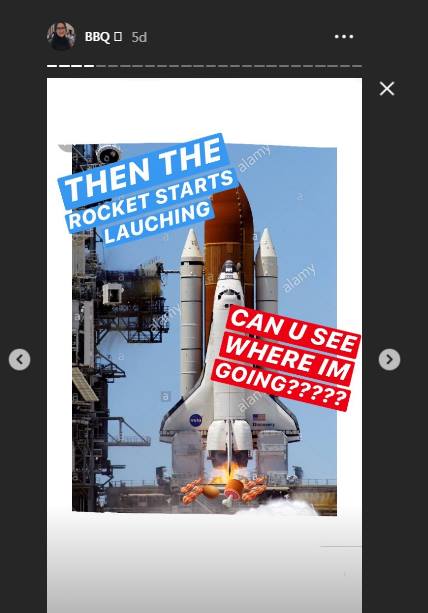 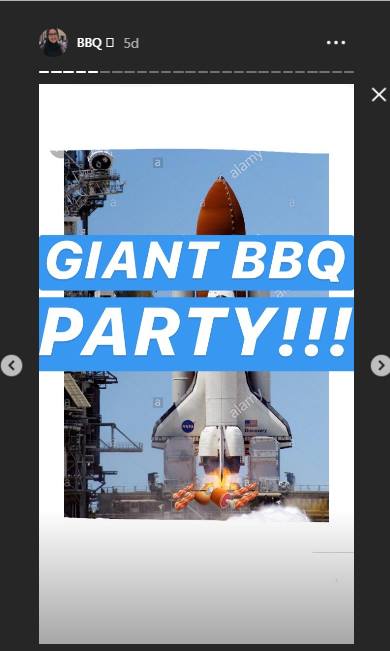 Abou El Khair went on to detail the benefits of her idea: it could end world hunger, save energy, help NASA go green, make its employees happy due to the barbecue party, increase their productivity, and help them beat their rival, Space X. The final benefit she listed was that such idea would help her get a job a NASA. 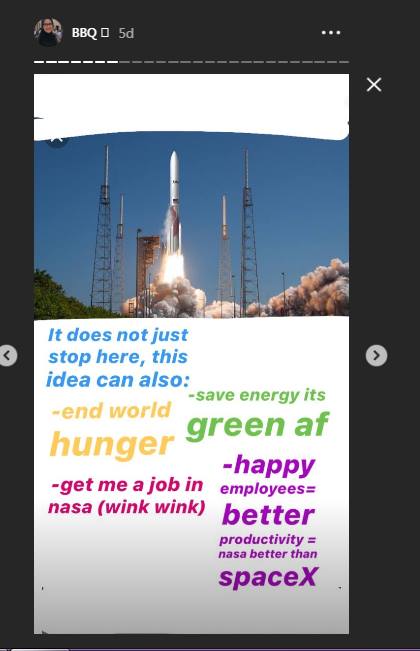 Then it happened… Abou El Khair got a reply from NASA, who wrote, “we think this is a genius idea, and we loved it so much that we decided to invite you to our next launch, and maybe discuss some BBQ logistics.” The message goes on, asking her to provide them with her email and number to receive a full, expense-covered invitation. 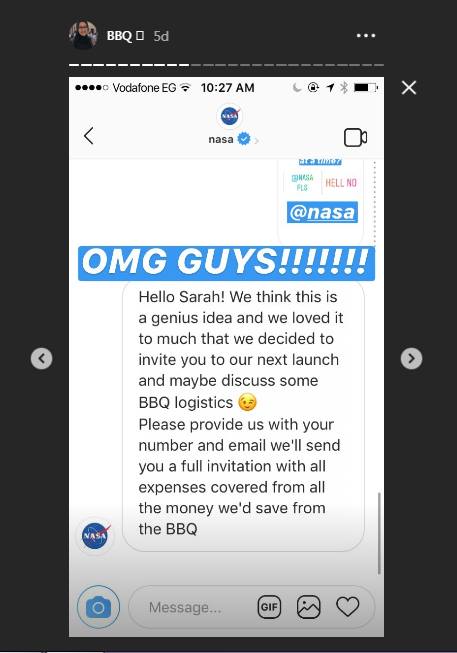 It turned out things were just getting started. SpaceX, NASA’s rival company, offered Sarah to spend a month with them prototyping a mini BBQ rocket, and end the month with a launch party, and of course, steak.

With those offers from the largest organizations in the world continuing to pour in, Abou El Khair published a full thread with all of the offers she had received since then. She started with Buzzfeed, who sent the AUC student a message saying, “HEY SARAH! WE heard you have the world’s biggest two space companies’ interest in throwing an awesome BBQ party AND WE WANT IN!” Buzzfeed went on to say they were interested in covering the entire story as well as getting an exclusive on who Sarah will choose. Sarah posted Buzzfeed’s message with the caption “Ummm. Guys I think I might be actually getting famous. Like legit.”

Things got more exciting when Netflix sent a message, telling Sarah that they have teamed up with SpaceX, and should she choose to go with them, Netflix would follow her 30-day stay with them to document the entire thing. 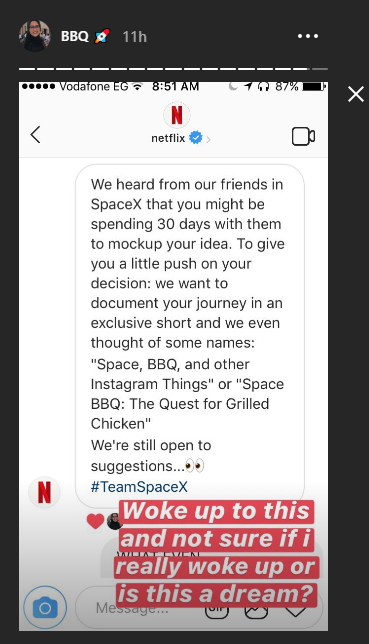 NASA was quick to strike back, when Gordon Ramsey messaged Sarah, telling her that if she went with NASA, he would host her BBQ party.

Last but not least, Sarah posted a message she received from Ellen DeGeneres, inviting her to come on to the show.

NASA is well-known for encouraging creativity all around the world. This October witnessed the NASA Space Apps Challenge take place globally, including Cairo. The challenge encourages youth to use their technological creativity to help solve everyday issues such as those caused by disability and pollution.

This is also not the first time an Egyptian took a risk that paid off this year. Another Egyptian girl, Noha Tarek, wrote a congratulatory letter to Prince Harry and Meghan Markle on their wedding this year, and received an official reply from Buckingham Palace.